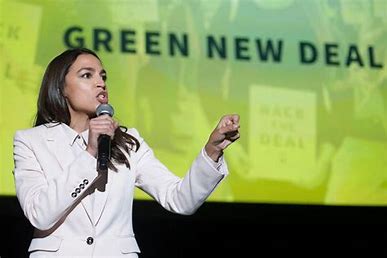 “The Inflation Reduction Act invests $369 billion to take the most aggressive action ever—ever, ever, ever—in confronting the climate crisis and strengthening our energy security,” President Joe Biden said Tuesday at the White House, just before signing the IRA into law.

IRA goes far beyond the massive figure that Biden cited. This leviathan raises taxes $739 billion during a recession and boosts spending $433 billion amid 8.5% inflation—a price-hike level better suited to the early 1980s.

The IRA’s “aggressive action” includes, among much more:

•$27 billion for a new EPA “Green Bank.” What do federal eco-crats know about banking? About as much as bankers do about agricultural nitrous oxide emissions.

So, given this expenditure and activity, IRA surely will slash expected increases in Earth’s temperature. For all these billions, IRA is like a giant air conditioner—cooling the planet before it boils like a whistling kettle.

IRA will have a subliminal long-term effect on projected temperature increases. Its cooling potential is, frankly, comical.

“The new US climate bill will do almost nothing to reduce global temperature,” Lomborg explained via Twitter.

How close to nothing?

In practical terms, IRA’s minimum effect would be like cranking a thermometer from 72 degrees Fahrenheit (room temperature) down to 71.9991°F. If IRA works all of its magic, analogous temperatures would plummet—all the way to 71.972°.

Billy Joel’s immortal lyrics spring to mind: “Is that all you get for your money?”

Why such pathetic results? Blame IRA’s paltry temperature curbs and the fact that other nations—namely China and India—refuse to do their fair share to cool the planet.

Imagine a mountain cabin in which grandma sits in a rocking chair and swiftly fans herself. Meanwhile, her two raucous teenage grandsons throw logs into a roaring

fireplace, stoke the charcoal-fueled flames in a pizza oven, and heat pots of water to make steaming bowls of ramen. Don’t be surprised if Granny barely feels cooler, no matter how furiously she waves that fan in her face.

Until China and India stop pumping coal smoke into the air, America could pass an Inflation Reduction Act every decade, and temperatures would decrease imperceptibly before 2100.

As Lomborg told the New York Sun: “Even if the entire U.S. went net-zero today and stayed net-zero for the rest of the century, it [IRA] would reduce temperatures by just 0.3°F by the end of the century.”

But IRA is not really about fighting global warming. It’s about Democrats seizing more power and control for themselves, ladling more gravy for their green-power donors, and unleashing 87,000 more IRS agents to squeeze every red corpuscle from every taxpayer.

IRA also is a 15-digit Green New Virtue Signal that helps Leftists pound their chests and show Earth how much they care. The wags at MIT’s satirical Babbling Beaver understand this perfectly: “It’s not the actual impact of climate legislation on global temperatures that matters. It’s how it makes you feel.”

Why Globalization is the best system

How many cars qualify for Senate Dems’ new subsidies?