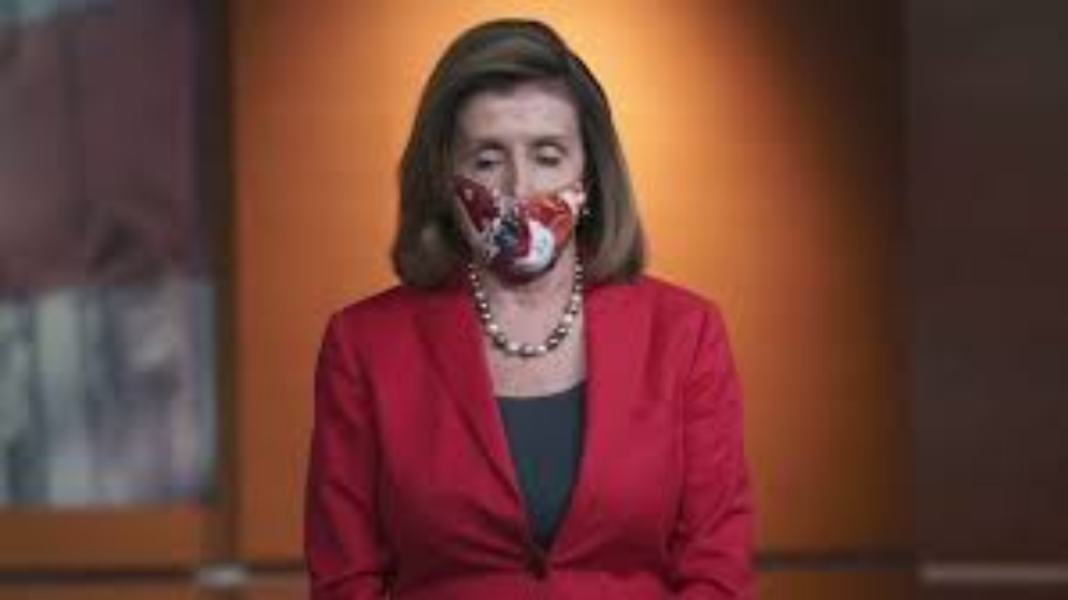 This grim, almost unbelievable stat made me think back to that Bill Maher segment about COVID misinformation from April. For all of the Republicans who underreacted to the threat of COVID, Maher argued, there are Democrats who have overreacted to it. According to a Gallup poll published earlier this year, some 41 percent of Dems are under the impression that more than half of those infected with the virus end up in the hospital because of it.

In reality somewhere between one and five percent do.

That’s why I say this number is “almost unbelievable.” It is, unfortunately, believable that most Democrats would still be in hunker-down mode at a moment when the country is safer from COVID than it’s ever been. They appear to chronically and grossly overestimate the risk from the virus.

As seen previously, there is a substantial partisan divide on the advice question, with 87% of Republicans versus 64% of independents and 29% of Democrats recommending people should strive to lead their normal lives. Conversely, 71% of Democrats believe people should stay home as much as possible, although this is down from 85% in April.

If you’re looking for a silver lining, you might note that the poll was conducted from May 18-23, a few weeks ago when cases were still a bit higher than they are now. But not much higher, and the downward trend from America’s vaccination program was already abundantly clear. If 71 percent of Dems were still quarantining then, we’re left to wonder what it would take, exactly, for them to feel safe enough to go out a bit more.

Just like we’re also left to wonder whether a second straight month of disappointing jobs numbers is partly due to irrational fear of the pandemic keeping Democratic workers home longer than they need to be.

Let’s do a quick run through the COVID numbers to get a sense of how good things look. For the first time since I’ve been following the trendline, the NYT’s COVID tracker today shows a decline in cases over the past 14 days in all 50 states. In not a single one are cases rising. Relatedly, the infection rate in all 50 is now under 1.0. The seven-day average in cases nationally is under 16,000 for the first time since March 29, 2020 while daily hospitalizations are under 25,000 for the first time in the pandemic. The national positivity rate has been below three percent for the past two weeks. And more than half the entire U.S. population, and 63 percent of the adult population, has received at least one vaccine dose.

Vaccinations are falling off at a quick enough rate that the July 4 target will be missed, although (a) that target was arbitrary and (b) it may be that we already have enough immunity in the population to prevent any future waves from gathering.

If Democrats are desperate for something to worry about, here’s the best I can do:

B.1.617, the Indian variant, now represents six percent of all U.S. cases and climbing. Scientist Eric Topol, assessing the latest data on the variant, now rates it as the most transmissible on record and the second-most likely to “break through” vaccine immunity after the South African variant:

New reports on transmissibility and immune evasiveness for delta (B.1.617.2) lead to an update of this Table of the variants and key properties pic.twitter.com/nGzEa39eF4

It’s much further along in the UK than it is here and they’re worried:

The Delta variant of coronavirus is 30% to 100% more transmissible than the previously dominant variant, Prof Neil Ferguson has warned, as the number of daily reported Covid cases exceeded 6,000 for the first time since March.

In one of a number of signs of a third wave, Office for National Statistics data suggested infection levels in England rose by about 75% in a week, with 85,600 people thought to have had Covid in the week ending 29 May – or one in 640 people – compared with 48,500 the week before.

If Democrats are hunkering down in fear of the Indian variant, though, then what’s the endpoint of that? When a booster shot is available? When the variant falls below a certain prevalence?

I don’t think it’s based on anything rational. My guess is that it’s the same sort of mindset held by people who are still in “wait and see” mode about the vaccines. They’ll come around and get vaccinated eventually but there’s no particular rhyme or reason as to when they’ll reach the requisite comfort level. One day they’ll wake up and have the sense that they’ve waited long enough for major side effects to develop in people who’ve already had their shots. Not seeing those side effects, they’ll suddenly decide that it’s safe to follow suit. Same with Dems who are staying home as much as possible. They’ll decide it’s safe to emerge after some undetermined period of steadily low cases. Maybe a month, maybe two. No rhyme or reason.

But hopefully sooner rather than later, if only for the economy’s sake.

I’ll leave you with this striking graph from today’s new Gallup poll. From June of last year all the way to March of this year, people’s feelings on whether they should stay home versus whether they should get back to normal barely budged. Only when vaccinations really took off and cases began to slide did the needle move.