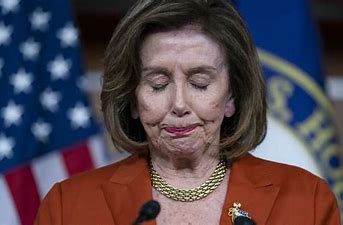 As many of you know, I live in Michigan. So, when I saw this new poll, I was very happy. I am disappointed and disgusted beyond belief with Gretchen Whitmer, who has turned Michigan into a woke mess. The good news is that common-sense Tudor Dixon has closed the gap, and now it’s neck-and-neck between here and Big Gretch. And all that Big Gretch can do right now is campaign on abortion… she wants to commit, what I believe is 1st-degree murder, by allowing abortion up until the moment of birth. This is one of the most disgusting and inhumane things I have ever heard.

Are the Dem Party a bunch of baby-serial killers now? It’s starting to feel that way.

It’s so radical and so horrific. It’s legalized premeditated murder… is this how far we’ve fallen into the bowels of hell, that we’re now murdering actual human beings in the name of “feminism.” Well, I will tell you what, if that’s what feminism is, I want NO PART OF IT. None. Nada. Zilch.

And why in God’s name are so many women still using abortion as birth control? My God, it’s 2022, ladies, empower yourself with birth control, it’s literally available everywhere. Be responsible. You’re supposed to be all “Yas Queen” and “Girl Power” but you can’t figure out how NOT to get pregnant?

But Whitmer is a failure on so many fronts. Her draconian COVID rules — that she and her buddies didn’t follow — killed so many businesses. And speaking of “killing,” Gretch also placed COVID patients into vulnerable nursing homes with high-risk people. Who does that? And she’s never been held accountable, and neither has Andrew Cuomo or other Dem governors who did the same thing. Why did they do this? Many people claim it was done to quickly spike death numbers.

And schools? Big Gretch is apparently perfectly okay with teachers telling your kids all about their sex lives and pushing transgenderism… Again, this is wrong on so many levels. Why the left wants to sexualize and abuse kids this way, is beyond me.

So, again, it’s no wonder that the gap is closing, and Dems have to be yanking their hair out by the root over this.

It’s a dead heat in Michigan.

“We need to get our kids back to reading and back to the basics. Right now, in Michigan schools, as you’re seeing on the news, parents are really concerned about what their kids are being taught with the sex and gender theory and not teaching them to read, write and do math. We’ve made it very clear. We want parents involved in the child’s education. And we want to go back to the basics, making sure our kids know how to read, write, and do math. From kindergarten to third grade, they’re learning to read, from third grade on, they’re reading to learn. If they’re missing that crucial step, we’re robbing them.”

Gretchen Whitmer was warned not to put COVID patients into nursing homes. She tragically did.

She paid off the former MDHHS Director with a secrecy agreement.

We need to support our businesses.
We want parents to have the final say in their child’s education.
We will let the police do their job.
We want common sense in Lansing.

I look forward to earning your vote on November 8th. #VoteDixon pic.twitter.com/PY0xX4h3M2

“Left wing nuts love Gretchen so much the FBI wanted to kidnapped her.”

“There is simply no way you can align with Christianity and the current Democrat Party!”

“Jonathan Gruber, Obama’s chief architect of Obamacare said on television that “they were relying on the ignorance of the voters to enact the Affordable Healthcare Act.” It’s stupid uninformed voters that have got us in this dire situation. Thanks Democrat voters!”

“Can a Republican win a state-wide race in Michigan anymore? Tune in next month and find out.”

“These results are guaranteed to be a suppression poll in favor of Whitmer. Dixon is way ahead and they’re just trying to keep Whitmer in the race. Also, such polls typically are used to prepare the ground for dem cheating.”

I ask my fellow Michiganders to promise me that you won’t sit this one out. That you’ll flood the polls on November 8th, like never before, and vote these communist Dems out.

We need everyone, and I do mean EVERYONE.