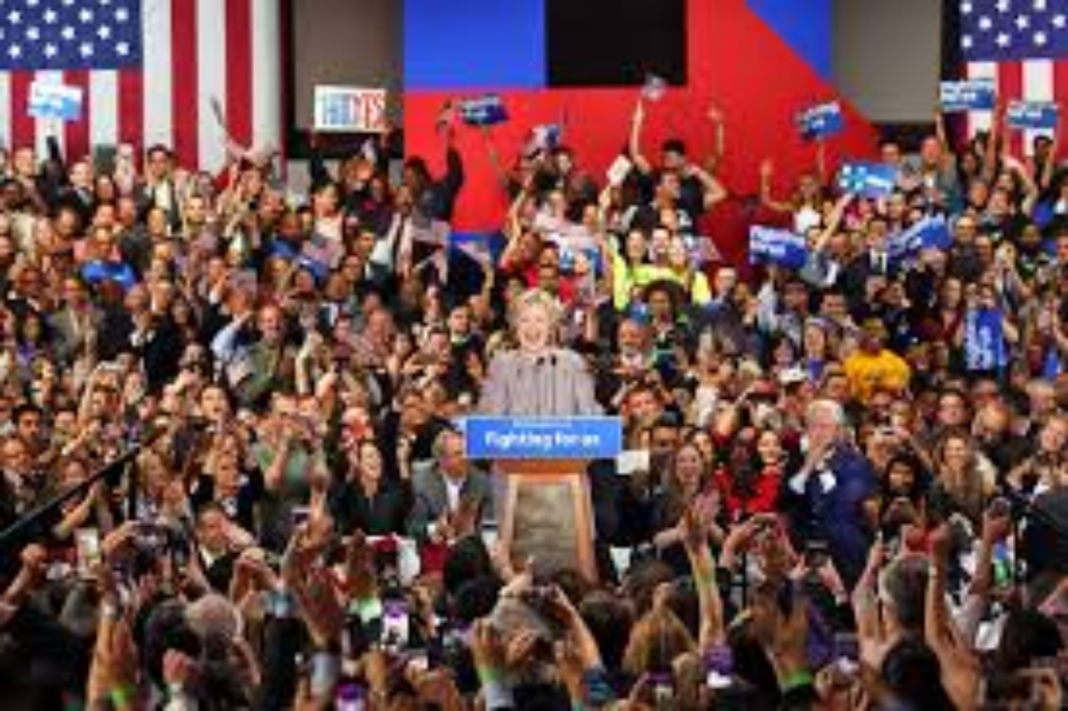 According to the IRS, tax-exempt 501(c)(3) organizations are prohibited from engaging in “voter education or registration activities with evidence of bias that … have the effect of favoring a candidate or group of candidates.” But for many years 501(c)(3) voter engagement programs have been violating the spirit of this law (if not also the letter) by running programs clearly favoring Democratic politicians.

The evidence is often in plain sight. But more in the shadows is a detailed plan to bankroll these programs during the 2012 election, revealed because of a 2016 data hack of the George Soros-funded Open Society Foundations. The Soros memo from nine years ago may have also revealed the embryonic stages of this year’s effort by congressional Democrats to take over federal election laws: the so-called For the People Act (H.R. 1).

Political journalists frequently fail to find and expose the evidence that is right in front of them. Consider recent coverage of the Voter Participation Center, one of these 501(c)(3) organizations. A Time profile from February 2021 teased that it would reveal “The Secret History of the Shadow Campaign That Saved the 2020 Election.” Time’s secret-seekers credited Voter Participation Center with sending “ballot applications to 15 million people in key states” and getting 4.6 million people to return them.

“All the work we have done for 17 years was built for this moment of bringing democracy to people’s doorsteps,” said the organization’s CEO Tom Lopach, according to the magazine.

Obviously, this leaves out some folks. In a suspiciously convenient coincidence, exit polling from the 2020 election shows their so-called “New American Majority” gave 60 percent or more of their votes to Joe Biden.

Consider a different way to target a majority: Firearms owners (40 percent of American homes), white men (61 percent voted for Trump in 2020), white Protestants (72 percent for Trump), and opponents of abortion (more than four of every 10 voters, 72 percent support for Trump). It is difficult to imagine Time failing to report if a voter engagement 501(c)(3) had been skewing so obviously to a right-leaning constituency. The IRS might even take notice. (An informed cynic might suggest that the only thing that will ever stop this behavior is a comparably vast effort by a Republican-biased tax-exempt organization to do the same thing.)

While evidence of Voter Participation Center support for Democrats is impossible to miss with just a five-second visit to its website, much more is discoverable with little additional effort.

Tom Lopach, who didn’t become the Voter Participation Center CEO until 2020, has two decades of experience working for Democratic politicians and causes. Lopach is also the CEO of the Center for Voter Information—a 501(c)(4) advocacy organization, which is permitted to show a partisan bias.

But the Center for Voter Information website identifies it as the “partner organization” of the Voter Participation Center. A joint news release sponsored by the two organizations in August 2020 proclaimed that Joe Biden’s acceptance speech at the Democratic National Convention had produced an “exceptional response” from their New American Majority, “one that advanced the campaign’s strategy, defined him as a leader, weakened Donald Trump, and raised Biden’s vote margin.”

The real challenge for an honest reporter is finding an instance where the Voter Participation Center is not violating the clear spirit of the 501(c)(3) tax law. Nearly everything the organization does and is associated with seems purposely built to have the “effect of favoring a candidate or group of candidates.”

The magnitude of this appears to be laid bare in the 2012 election planning memo addressed to George Soros. Ironically, potential lawbreaking is the reason we know it exists.

According to an August 2016 report in the Hill, DCLeaks (a shadowy cyberhacker group) publicly released “more than 2,000 documents connected to billionaire Democratic donor George Soros and his Open Society Foundations.” In August 2016, DCLeaks also posted the contents of emails taken from the Democratic National Committee and Republican officials.

All these DCLeaks documents appear to have been obtained through illegal data breaches. The link to the DCLeaks “Soros” archive no longer appears to contain the stolen data. (Prior to the disappearance of the archive, the Capital Research Center created a PDF copy of the 2012 “Soros memo” discussed below).

Former Service Employees International Union president Andy Stern and Deepak Bhargava were purportedly the authors of the memo. Bhargava was then the executive director of the Center for Community Change, yet another lefty 501(c)(3) tax exempt organization that has direct ties to voter engagement programs. The seven-page memorandum was addressed to Soros and his Open Society Foundations’ programs board.

The memo requested additional funding for “voter engagement” during the 2012 election, which would be “narrowly focused on raising the participation of Black, Latino and youth constituencies.” It proposed to meld this into a “long-term independent political force that can hold elected leaders of all parties accountable to open society values and priorities both before and after Election Day.”

“Open society values” were defined as a lefty grab bag of “priorities we hold dear,” such as tax hikes, spending increases, and protecting the power of public employee unions. The memo blamed “dramatic disengagement” of “Black, Latino and young voters” during the 2010 mid-term election for the defeat of open society priorities and the success of Tea Party objectives.

Although missing an outreach to “unmarried women,” the memo’s objectives were a dangerously close match to Voter Participation Center work. This is not a coincidence: The memo repeatedly referenced Women’s Voices, Women Vote, the name the center was known by at the time. The memo said Women’s Voices was “often cited” for being “among the largest voter registration operations in the nation.”

Even before the name change, the intent to violate the spirit of the tax status was an open secret. In his 2012 book, The Victory Lab: The Secret Science of Winning Campaigns, left-of-center reporter Sasha Issenberg said this of Women’s Voices: “Even though the group was officially nonpartisan, for tax purposes, there was no secret that the goal of all its efforts was to generate new votes for Democrats.” Hilariously, the Soros memo provided posterior protection on this very point: “This is not, both legally and philosophically, about candidates or parties.” [emphasis in original]

The Soros memo asked for an additional $9 million from the Open Society Foundations (on top of $7.3 million already given) to be sent to Women’s Voices (Voter Participation Center) and many other similar “voter engagement” projects.

The memo showed at least $75.4 million already raised or pledged for 2012 programs from at least seven other major funders of left-wing projects. The Ford Foundation, one of American history’s great battleships of lefty philanthropy, was penciled in for $20 million. The Carnegie Corporation was listed as giving $5.6 million.

Victory Lab author Issenberg portrayed Carnegie as somewhat of a pioneer in the partisan voter engagement legal ruse: “Because the tax code allowed nonprofit organizations to run registration and turnout drives as long as they did not push a particular candidate, organizing ‘historically disenfranchised’ communities (as Carnegie described them) became a backdoor approach to ginning up Democratic votes outside the campaign finance laws that applied to candidates, parties, and political action committees.”

More ambitiously, the Soros memo also requested funding for a “paradigm shifting campaign” [emphasis in original] to get the hefty lefty donors “out of the voter engagement business.” Universal voter registration was the specific change contemplated. But the authors also proposed using the funding for “new idea generation.” Tellingly, the memo accused states of creating “onerous new voter identification rules.”

There is a logical line from the 2012 memo to the For the People Act of 2021 supported by the Democratic congressional leadership. If the act as originally written passes, it would rip up basic ballot security measures such as photo identification laws. It would create automatic registration, require states to allow any voter to vote by mail, and prohibit imposing proof-of-identification requirements for mail-in balloting. Every voter would be entitled to online access to a mail-in ballot and would need only attach a signature to “prove” the correct person was voting.

The For the People Act would accomplish the “paradigm shift” proposed by the Soros memo. The left’s big donors would no longer need to fund biased voter registration programs. In place of this skirting of the spirit of the tax laws, we would have enhanced and universal access to election fraud.