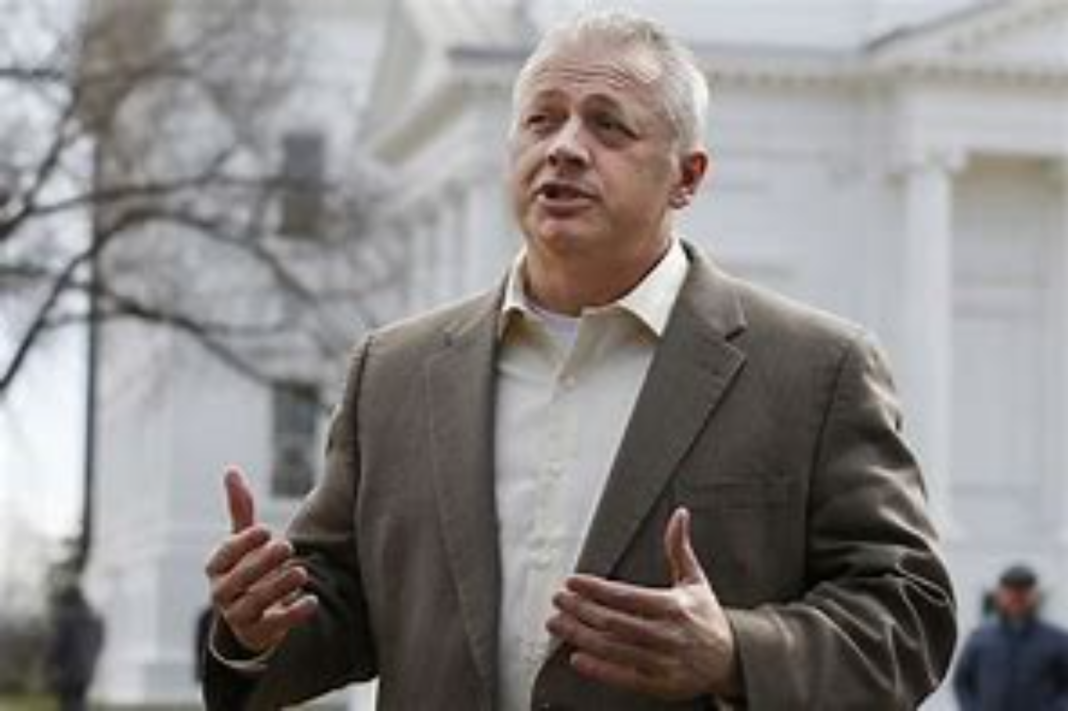 The House select committee investigating the Jan. 6 Capitol attack is hiring former Rep. Denver Riggleman, R-Va., as an adviser to the panel, according to Chairman Bennie Thompson.

The former congressman, who lost his primary last summer, has become one of the few voices inside the Republican Party criticizing the spread of disinformation and conspiracy theories, including the idea that the 2020 presidential election was stolen, which led to the Capitol riot.

Thompson also announced Joseph Maher, the principal deputy general counsel for the Homeland Security Department, would join the senior staff on the committee.

“I thank these two public servants for their willingness to support the Select Committee’s important work by joining our nonpartisan staff,” Thompson, a congressman from Mississippi, said in a statement. “They understand how close our democracy was to catastrophe on January 6th and I commend their commitment to help ensure we never see a repeat of that day.”

Riggleman, who also served as an Air Force intelligence officer, is expected to help the committee catalog and track the mistruths that circulated online and on social media before thousands of former President Donald Trump’s supporters gathered in Washington and descended on the Capitol hoping to overturn the election results.

ABC News reported earlier this month that according to sources briefed on the discussions, Riggleman could join the committee staff in an advisory capacity.

The committee held its first hearing last week with several police officers who had faced off against pro-Trump rioters at the Capitol in January. With the House now on recess through August, the panel is focused on mapping out the contours of its investigation and building up its staff.

Thompson said the panel would issue “quite a few” subpoenas and could potentially seek to question and obtain documents from former Trump administration officials and Republican lawmakers who communicated with Trump before and on Jan. 6.

Asked if the committee would want to interview former acting Attorney General Jeffrey Rosen, following the release of handwritten notes from former acting Deputy Attorney General Richard Donoghue that appear to show Trump trying to pressure the Department of Justice to declare there was significant fraud tainting the 2020 presidential election, Thompson said the committee hasn’t determined who it wants to hear from yet.

“The president wanted to mobilize the apparatus of the entire U.S. government to reinstall him as president, essentially,” Rep. Jamie Raskin, D-Md., another panel member, told reporters. “As one member, I am very interested in retracing the steps of what the president did to guarantee what he called his ‘continuation in power.'”

Riggleman is the third Republican linked to the panel, along with Reps. Liz Cheney of Wyoming and Adam Kinzinger of Illinois, who both called to impeach Trump and accepted House Speaker Nancy Pelosi’s invitation to join the investigation over GOP leaders’ efforts to boycott it after Pelosi refused to seat two leading conservative lawmakers who voted to overturn the 2020 election.

In recent days, other conservative lawmakers have sought to push Cheney and Kinzinger out of the House GOP Conference and strip them of other committee assignments over their work on the committee.