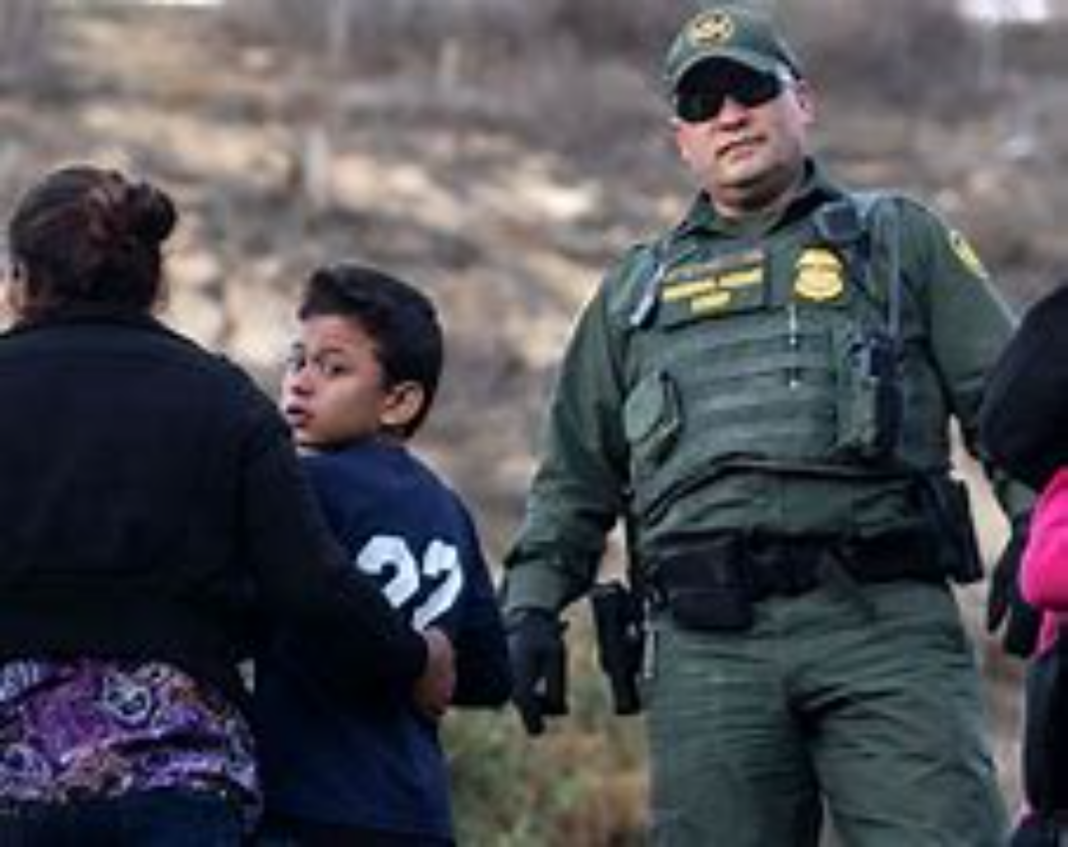 Every now and then the Department of Homeland Security (DHS) wants us to think they are doing something to deal with the flood of illegal migrants crossing the southern border. The latest announcement is that DHS will expedite the removal of families not expelled under Title 42. This decision is meant to ease the overwhelming overcrowding at shelters and detention centers, especially along the border.

DHS issued a short statement on Monday without procedural details.

Attempting to cross into the United States between ports of entry, or circumventing inspection at ports of entry, is the wrong way to come to the United States.  These acts are dangerous and can carry long-term immigration consequences for individuals who attempt to do so.  The Biden-Harris Administration is working to build a safe, orderly, and humane immigration system, and the Department of Homeland Security continues to take several steps to improve lawful processing at ports of entry and reforms to strengthen the asylum system.

Much to the irritation of the open borders progressive wing of the Democrat Party, Joe Biden has kept Title 42 in place, enacted first by the Trump administration to mitigate the spread of the coronavirus pandemic at the border. Under Title 42, illegal migrants are expelled not due to immigration status but as a public health issue.

The Biden administration continues to send mixed messages about who will and will not be turned away at the border. Because of poor communication skills in public messaging, Central Americans continue to flock to the border under the assumption that they will be allowed to stay. Why wouldn’t they assume that? Biden froze deportations on his first day in office and promised amnesty for millions of illegal immigrants as a part of his presidential campaign. They wear clean white t-shirts asking Biden to let them in (in English), provided by open borders advocates. In other words, illegal immigration is encouraged by the Biden administration and its enablers.

As mentioned, there are no details provided with this announcement. The Biden administration last said that DHS will concentrate on expelling single males who make up the largest group of illegal migrants. ICE will no longer detain most pregnant, nursing, and postpartum women for deportation. DHS never really ended family detentions, though that was the official line from the Biden administration. Families have been provided with hotel rooms and transportation across the country. Who knows what expedited removal will look like now?

In the meantime, drug cartels are controlling much of the southern border.

Nationwide, CBP agents and officers have seized more than 500,000lbs of drugs during the first 9 months of FY21, including more than 42,000lbs in June.

Apprehensions have not slowed, if anything, they are increasing, even with the hottest months upon us.

It’s the hottest part of the summer and apprehensions are skyrocketing! #USBP Apprehensions surpassed the 1-million milestone in June.

The Humanitarian Respite Center in McAllen, Texas has reached out to Border Patrol to ask that they stop sending people to their facility. They are so overcrowded that they cannot accept any more people to help. It is the Rio Grande Valley’s largest migrant shelter. So far, there hasn’t been a halt in drop-offs.

“We told Border Patrol to hold drop-offs to give us a chance to have space,” Sister Norma Pimentel, the executive director of Catholic Charities of the Rio Grande Valley, which runs the center, told Border Report on Monday.

Nevertheless, she said Border Patrol agents were continuing to drop off migrants well into the evening even as space for them has run out at the center, which offers food, clothes, goods and shelter to migrants.

“They continue to drop off,” she said.

Hidalgo County reported some of its highest numbers of COVID-19 cases on Monday, some of which come from migrants. Buses, taxis, and ambulances are seen taking people from the shelter. Volunteers walk migrants over to the local bus station. The Respite Center is located across the street from the bus station. It is equipped to hold up to 1,200 people, but there is also a large contingency of staff and volunteers at the center. COVID-19 safety protocols limit the number of migrants the center can safely admit. Typically, Border Patrol drops off over 1,000 illegal migrants per day. There are overflow sites in the area, including a Catholic church in a nearby town.

COVID-19 infections continue to rise in the area. On Monday, Hidalgo County officials reported 671 new coronavirus cases and two deaths — the most increase in daily numbers in several months. Democrat Rep. Henry Cuellar, who represents the RGV, called for more action from the Biden administration. Border Patrol agents are being infected because of the spread of the virus by illegal migrants.

“The COVID-19 pandemic has caused many challenges across the country. The border communities face particular challenges because of the influx of migrants arriving every single day. The DHS Secretary must prioritize the health and safety of border age,” U.S. Rep. Henry Cuellar, D-Texas, vice chairman of the House Homeland Security Appropriations Committee said in a statement Monday.

Cuellar said that the sudden increase in COVID-19 cases in Hidalgo County has resulted in almost 70 agents in the Border Patrol’s RGV Sector testing positive for coronavirus.

He said that 27% of unaccompanied migrant children who were deported this week also tested positive for coronavirus, with the South Texas city of Brownsville experiencing a 15% positivity rate.

Cuellar says that keeping Border Patrol agents and other law enforcement officials in border communities must be a top priority for Biden.

“Throughout the pandemic, we have supported and thanked our essential workers for their sacrifices. However, our Border Patrol agents have been thanklessly serving our southern border and processing immigrants, despite the dangers from the virus. While we are extremely fortunate for the vaccine that has saved many lives, we must prioritize the health and wellbeing of our men and women in blue and border communities,” Cuellar said.

Unfortunately, the Biden administration hasn’t listened very much to Cuellar when it comes to securing the southern border and protecting both law enforcement and other residents in local communities. As long as Biden ignores the problem, he doesn’t have to provide any solutions. So, his border crisis continues to grow. There is still no end in sight.