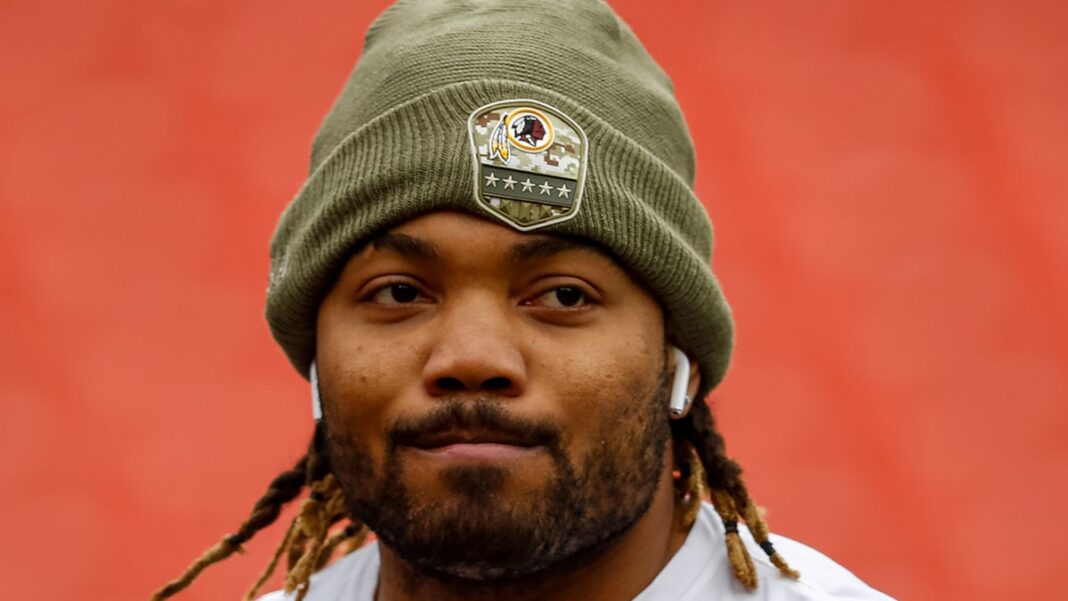 A 74-year-old grandmother says Derrius Guice sexually harassed her at the Superdome back in 2017 … and she says the ex-LSU superstar was so vile, she’s still “scarred” by the run-in.

Gloria Scott explained the encounter to lawmakers during her testimony in front of the Louisiana Senate Select Committee on Women and Children on Friday … and she got emotional bringing up the memory.

“I had to come here today and let you all know that LSU hides a lot of things… This didn’t happen on the campus, but still it scarred me.”

Gloria Scott, 74, held back tears as she told lawmakers about her run-in with Derrius Guice while she worked security at the Superdome. pic.twitter.com/eNmGgc5pRA

Scott — choking back tears — said while she was performing her security job at a Dec. 9, 2017 H.S. game at the Superdome, Guice came up to her and grabbed at his genitals.

Scott says Guice then asked her if she wanted to have sex with him … even telling her they should “go off and do it.”

Scott says she scolded the running back over the nasty gestures and comments … but she claims Guice just laughed and eventually left.

Scott says she reported the incident to her supervisors, and the complaint ultimately made its way to LSU’s coaching staff.

In fact, Scott claims she even had a conversation with Tigers head coach Ed Orgeron over it.

But, Scott says she believes Orgeron and LSU did nothing to punish Guice for his actions.

For Orgeron’s part, LSU has said the coach never directly spoke with Scott over the alleged incident.

Scott claims because she had complained about Guice … she was actually moved from her normal security spot at H.S. games, saying her supervisors told her, “Well if they find out you’re putting a charge on Derrius, the football players might have a reaction.”

Scott told the lawmakers Friday the whole ordeal was horrifying for her … and she wants LSU to recognize the issues it’s had in the past with dealing with sexual misconduct claims and fix them going forward.

“It’s something so pitiful,” Scott said. “You’re messing with a woman that’s a grandmother and a great-grandmother. Just horrible.”