Roce Today – Politics, Opinions, Gun Rights,Pro-Life and Border Wall
Home Politics Dershowitz: Biden should call out ‘the intolerant mindset of many of his... 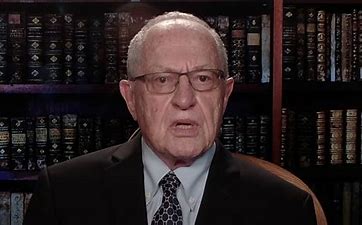 They’re “semi-fascists,” Biden claims. They are undermining his plans for America to move to socialism, which undermines “democracy,” he claims. And more.

“Biden would have been correct had he accused some MAGA supporters of a totalitarian mindset that could lead to tyranny. But he was dead wrong in limiting this mind-set to the hard right. It is at least equally applicable to many on the hard left. These so-called ‘progressives’ are as opposed to freedom of speech and due process for thee, as are the extremists on the hard right.” he wrote in a column at the Gatestone Institute.

“And it is the special obligation of liberals – like Biden and me – to focus at least as much attention on the dangers emanating from the hard left as those from the hard right.”

He warned that Biden “should spend at least as much time calling out the intolerant mindset of many of his own voters.”

Biden’s escalation of his ongoing attacks on President Trump and all of the more than 75 million supporters who voted for Trump in 2020 came a few days ago.

Biden demanded, “‘What we’re seeing now is either the beginning or the death knell of extreme MAGA philosophy. It’s not just Trump, it’s the entire philosophy that underpins the — I’m going to say something, it’s like semi-fascism.”

Dershowitz pointed out there certainly are “extremists” both on the left and the right side of politics.

They have, he said, “an intolerant approach under which opposing views are seen to be unnecessary. Those who believe that they have the ultimate Truth on their side see no reason for allowing dissent from that truth, or for requiring due process before a person who they know to be guilty is convicted. Certainty is the essence of tyranny and skepticism is the enemy of tyranny.”

So, he said, Biden likely correct in accusing “some” MAGA supporters of holding a totalitarian mindset.

But leftists are the same or worse, he said.

“Indeed, in some ways the totalitarian mindsets of many on the hard left are more dangerous than those of the hard right. The reason is that the hard left today is extremely influential on college and university campuses. Many hard left faculty members propagandize their students as to what to think instead of teaching them how to think for themselves.”

He warned that those individuals now being “indoctrinated” on campus in 10 years or 20 years or more will be on newspaper boards, in investment banks and in Congress.

“We must be prepared for a future that is less tolerant of dissenting views and due process and more demanding that their ‘noble’ ends justify ignoble means — a future with less free speech, presumption of innocence, due process and respect for constitutional norms,” Dershowitz warned. “To prevent that ‘brave new world,’ we must take action now to protect our heritage of civil liberties from those who regard them as patriarchal, white supremacist or ‘unwoke.’ We are losing the battle, especially on university campuses. We must change the trajectory.”

Michelle Obama Is on a Mission To Make the Military Less...