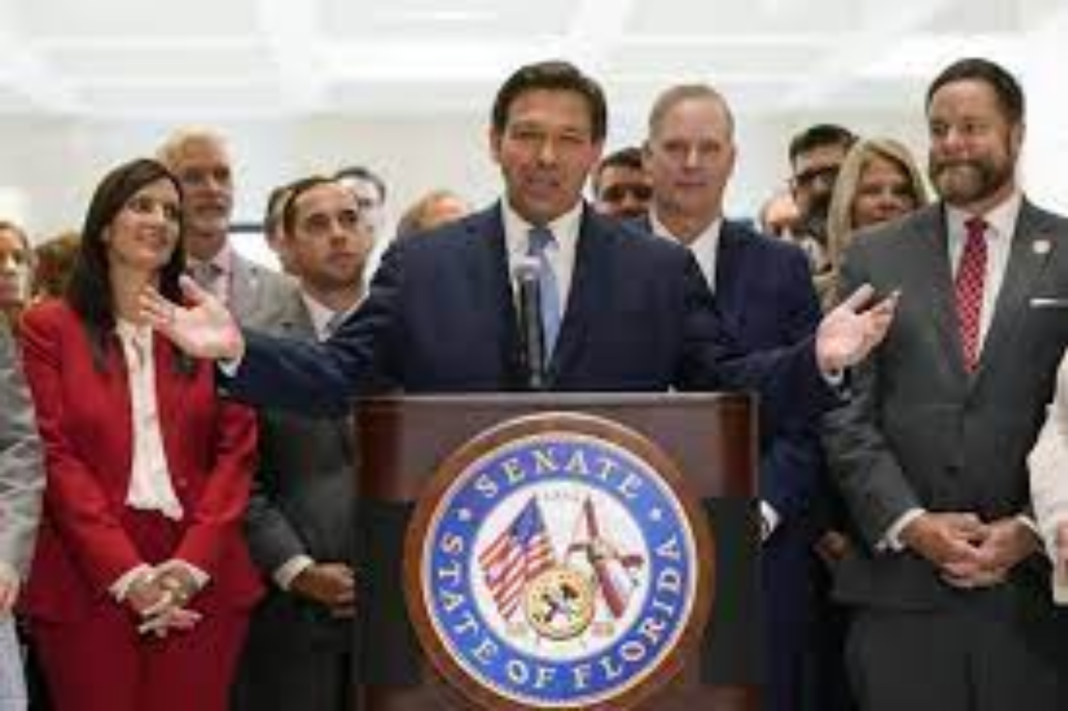 I hope he does cave. Requiring cruise lines, of all businesses, to accept unvaccinated passengers who might end up infected when they’re out at sea and miles away from any hospital is pure idiocy, as I said last week. He might spare himself a legal humiliation by caving too. A maritime lawyer told Forbes recently that DeSantis’s claim that Florida can override the CDC’s health requirements for a cruise is “political buffoonery.” The feds, not the states, regulate cruise lines. If the CDC wants to require proof of vaccination for passengers, they should have that authority.

The political problem for DeSantis is that post-Trump Republican politics requires you to fight! always and everywhere, even when you’re obviously wrong, especially when you’re fighting the pandemic’s expert class at the CDC. Remember that the only reason he picked this battle is because he knows there’s a segment of the GOP base that’s ardently anti-vax and he’s looking for a way to pander to them ahead of 2024. He can’t be anti-vax himself since that would alienate too many normies, but he can show solidarity with anti-vaxxers by battling to make sure that they’re not excluded from any services to which the vaccinated are entitled.

Even when it would be really dumb to let them access those services.

Forbes claims that a workaround, i.e. capitulation, is being quietly negotiated behind the scenes:

In the clip, the Celebrity Cruises executive is heard outlining how DeSantis is working with the largest cruise lines — Carnival, Royal Caribbean and Norwegian Cruise Line — to find a workaround. When the governor came out with his prohibition against vaccine verifications, “he was talking about restaurants, bars, hotels, Disney, places that weren’t cruise ships — because at the time, cruise ships weren’t open yet,” explained Ritzenthaler. “And we’re ironing out a statement that will articulate how cruising will be different than [being] in the state.”

Apparently, the revised messaging would assert that the cruise terminal will be in Florida, while “as soon as you pass through and step on the ship, you’re no longer considered to be local. You’re now in international waters,” said Ritzenthaler, who noted that DeSantis will still be able to say “that people in Florida will not have to show vaccination proof to go to bars and restaurants and Walmart and Target, but how cruising is a little bit different.”

Such a narrative would rely on a very creative definition of international waters, according to Walker. “The cruise guest remains squarely within the state territorial waters of the state — in other words, local waters — when he or she boards a ship at the dock,” he says. “There is no legal basis to claim that the passenger is in international waters by boarding the cruise ship.”

DeSantis’s team wouldn’t confirm that this is in the works. But if this is what they end up going with, that a cruise docked in Florida is somehow in “international waters,” they’ll have created an especially lame legal fiction to let the governor wriggle out of a policy mistake. Oh well. Whatever gets ships sailing again ASAP is worth doing.

Some cruise line experts are surprised to find DeSantis, of all people, standing in the way of the industry’s recovery:

“It has been a year of migraines and kicks in the teeth for the cruise industry. Now, they’re finally getting ready to restart, and you have the governor of Florida basically playing a game of chicken with them,” [travel industry analyst Patrick] Scholes said…

“We hope that this doesn’t become a legal football or a political football. But at the end of the day, cruise ships have motors, propellers and rudders. And God forbid we can’t operate in the state of Florida for whatever reason, then there are other states that we do operate from. And we can operate from the Caribbean for ships that otherwise would have gone to Florida,” CEO Frank Del Rio said on a recent earnings call with investors and analysts…

“Why is a pro-business governor standing in the way of one of the most important industries in the state from restarting?” [another anonymous] executive asked.

The answer to the last question, again, is that DeSantis is willing to take a small hit to his pro-business reputation in the name of ingratiating himself to culture-war MAGA voters as an ally of vaccine skeptics. But the threat of cruise lines leaving Florida for the Caribbean is another vector of pressure on him to resolve this quickly, in the cruise lines’ interest. Ships are losing so much money by standing idle, Scholes told NBC, that it might even be worth it at this point for them to pay the $5,000-per-head fine that DeSantis’s executive order imposes for businesses requesting proof of vaccination.

Maybe you’re wondering, “What do the passengers themselves want? Normally Republicans like to let markets decide.” Good point. According to one recent survey, 80 percent of cruise enthusiasts do want cruise lines to demand proof of vaccination as a condition of boarding, for understandable reasons. Once you’re aboard you want to relax and enjoy, not have to worry about an outbreak. Even if you’re vaccinated, if other passengers aren’t then you run the risk of having your trip disrupted and the cruise diverted if there’s a rash of cases. Keep the unvaccinated on shore and you can cruise without worry. And without PPE too: 69% said they want a more traditional cruise experience, without masks, social distancing, or testing.

In theory the market could meet demand among the unvaccinated by providing a cruise for the unvaxxed. But in practice a cruise for exclusively unvaccinated people would be, uh, a terrible idea, certainly uninsurable. So the unvaccinated will be shut out from cruising for awhile, one would think, unless the cruise lines decide to allow a tiny percentage to come aboard cruises where everyone else is vaxxed.

In any case, one thing we should all be able to agree on is that natural immunity should count the same as vaccine immunity. If you can prove you have antibodies, set sail! Maybe DeSantis can extract that concession from the cruise lines as a compromise.