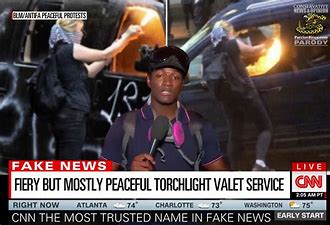 Well, Discovery, who will take over CNN soon, is doing some damage control after the “big boss,” CEO David Zaslav, went on MSNBC to do an interview and said the “quiet part” out loud about CNN.

CNN and all its woes and scandals and low ratings will soon be Zaslav’s problem.

And when he was talking to MSNBC about the takeover and also parting ways with Jeff Zucker, he slipped up and let the cat out of the bag.

Now, what Zaslav said won’t come as a shock to anyone paying attention, but it’s rather amusing that he let it slip out in the first place, and even funnier how Discovery went into “panic mode” to mop up the spill.

Bizpacreview reported that the CEO of Discovery, David Zaslav, appeared on CNBC Friday in an interview discussing the company taking over CNN and allegedly misstated that the network was the leader in news to the left when he reportedly meant the left side of the company’s portfolio.

But it didn’t sound like that in the interview when he was asked by CNBC host Joe Kernan about taking over CNN.

Zaslav candidly replied to him, “We’re the leader in news to the left.”

Kernen nervously laughed and immediately seized on his comment.

“Definitely to the left,” Kernen quipped before asking Zaslav if that was what he meant. “Did you say to the left?”

Zaslav laughed but did not correct Kernen’s interpretation of the comment.

“Man, you weren’t kidding,” Kernen kidded and laughed again. Then, seemingly realizing what he had said on-air, Kernan walked it back saying, “that was an aside. I probably shouldn’t have said that.”

Well, like I said, this isn’t exactly “breaking news” that CNN delivers left-leaning rubbish. It’s actually hilarious that they try to be anything else, and do it with a straight face, to boot.

Discovery put out a dopey statement claiming that Zaslav actually meant, CNN was on the left side of the Discovery portfolio.

Discovery boss David Zaslav described CNN as “on the left.,” in a CNBC interview this morning. The company explains he meant ..on one side of the portfolio. The network cut to the jobs report mid-interview. pic.twitter.com/aEPe6qWEGT

What a stupid and silly response that was from Discovery.

They really think we’re all simpletons, don’t they?

One thing David got wrong, however, is when he said CNN is the “leader” in left-wing news.

I don’t think CNN is leading in anything unless it’s a clown-car race.