Roce Today – Politics, Opinions, Gun Rights,Pro-Life and Border Wall
Home Politics Do we need a resurgence of Kennedys back into politics? 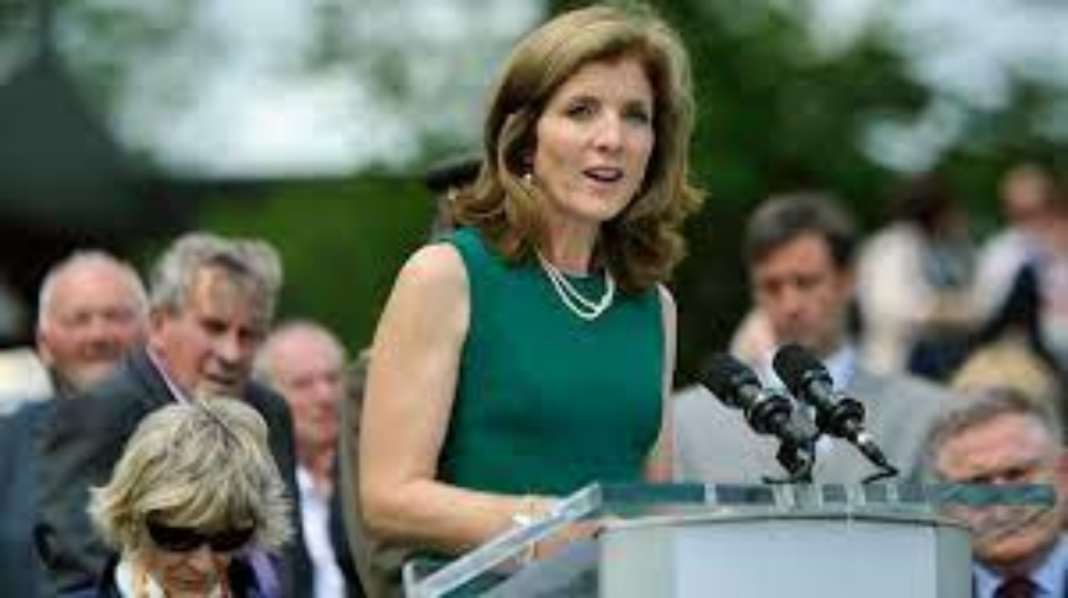 Joe Biden has not yet announced a slate of nominees to fill ambassadorships around the world. It is being reported that Biden formally extended offers to several people over Memorial Day weekend. Two of those mentioned by an AP source include Caroline Kennedy and Vicki Kennedy.

Do we need a resurgence of Kennedys back into politics? Apparently, Status Quo Joe thinks we do, at least in the diplomatic sector. Caroline Kennedy has some experience as she was rewarded for her support of Barack Obama over Hillary Clinton in 2008 with an ambassadorship to Japan. At the time, her endorsement of Barack Obama in the Democrat primary was newsworthy given it was assumed that she would endorse Hillary. Her kids convinced her to support Obama is the reason she gave at the time. So, she served as Obama’s ambassador to Japan during his second term. Now Biden will reward Caroline for her relatively early endorsement of his 2020 candidacy.

In a Boston Globe editorial to announce her endorsement, she praised Biden for his long career as a public servant and fondly recalled Biden visiting Tokyo as vice-president while she was ambassador.

“[Biden] stepped off Air Force Two wearing his aviator glasses and a big smile,” she wrote in the Globe ahead of the New Hampshire primary last year.

“He radiated American optimism and generosity of spirit. He made clear that America would always stand by our allies, and that we were committed to keeping the region peaceful and prosperous. He delivered tough messages as well, but he did it in private, with skill and respect.”

Vicki Kennedy is the widow of Ted Kennedy. She is an attorney at Greenberg Traurig and a gun control advocate. Joe Biden likes to say that Ted was like a “big brother” to him. Biden feels a debt of gratitude that Kennedy supported him in 1988 when he was humiliated during his run for president. Biden had to drop out when it came out that he plagiarized some of a campaign speech. Biden has a long history of plagiarism but in 1988 he was held accountable and ended his bid for the presidency. Vicki Kennedy’s main qualification for the post is that she is Dead Ted’s widow. Biden will likely nominate her to be to serve in Western Europe as a tribute to his decades-long friendship with her husband.

These two nominations are allegedly Biden’s attempt to get away from nominating wealthy donors for ambassadorships. He will be putting a spotlight back on the Kennedy political dynasty. Those of us who are not fans of the Kennedy political dynasty will not be as thrilled with that action as those on the left will be. Ted Kennedy was worshipped on the left and literally referred to as the Lion of the Senate.

On Friday, Biden announced Rufus Gifford as his choice to be chief of protocol at the State Department.

A slate of other nominees is expected to be announced later this week. The intention is for a group to be announced all at once instead of dragging out individual announcements. Some of those names include Cindy McCain, also a widow of an old friend, Senator John McCain, as a token Republican nominee.

Michael Carpenter, managing director of the Penn Biden Center for Diplomacy and Global Engagement and a former career foreign service officer, is being considered for a European position.

Cynthia Telles, a clinical professor of psychiatry and biobehavioral sciences at UCLA, is being considered for Costa Rica. She and her husband, Joe Waz, hosted a fundraiser for Biden in 2019 along with Hollywood luminaries Jeffrey Katzenberg and Rob Reiner.

Scott Miller, a former UBS wealth manager and LGBTQ activist, has been discussed for Switzerland. He and his husband, Tim Gill, are prominent philanthropists for LGBTQ causes.

Other nominees expected to be announced include Rahm Emanuel and L.A. Mayor Eric Garcetti.

Status Quo Joe isn’t really thinking outside the box here with these nominees. He is rewarding old friends and campaign donors just like other presidents did before him.