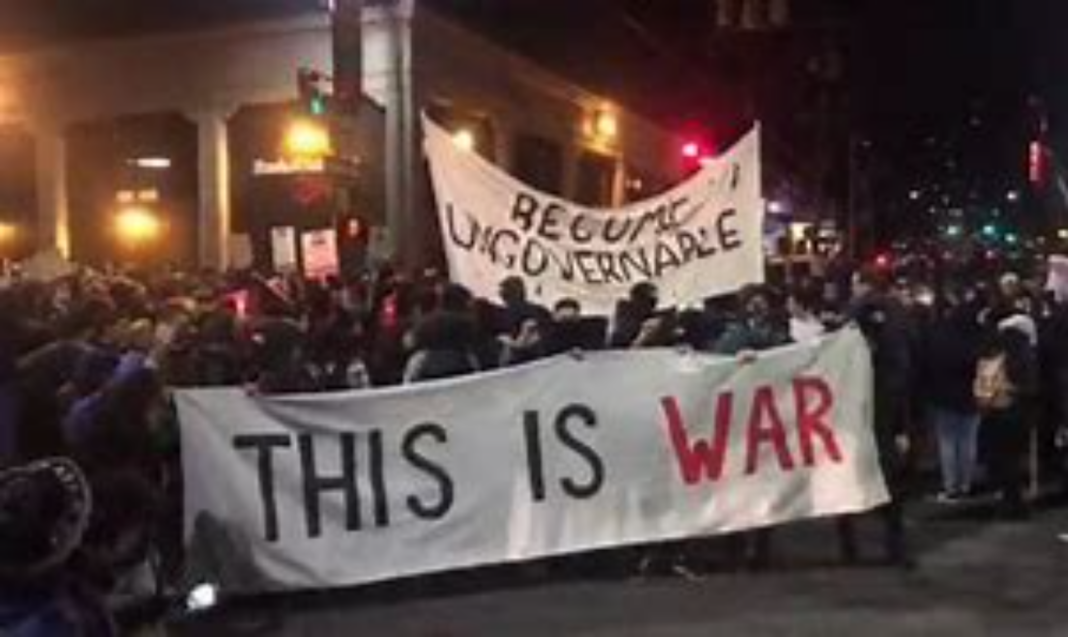 A pro-Antifa California public school teacher touted his efforts to radicalize his students through political indoctrination in his classroom in a conversation captured on a video and released by Project Veritas.

Gabriel Gipe is an AP government teacher at Inderkum High School in the Natomas Unified School District in Sacramento, California. He described himself as “probably as far left as you can go” and said he has asked the question, “Like, why aren’t people just taking up arms? Like, why can’t we, you know, take up arms against the state?” in the video.

“I have 180 days to turn [students] into revolutionaries … Scare the f— out of them,” Gipe said in the video.

Gipe said he posts a calendar every week showing Antifa-aligned protests and community events, explaining that he incentivizes student participation through extra credit and noting that without this incentive “they’ll never go.”

“When they go, they take pictures, write up a reflection—that’s their extra credit,” he said.

Gipe said he has an Antifa flag on his classroom wall about which at least one student complained.

“Maybe you shouldn’t be aligning with the values that this Antifa flag is antithetical to,” Gipe added.

He said he makes students take an ideology quiz and displays each student’s results on his classroom wall.

“I put their face, they have to give me a picture of themselves, and I put it on the wall, where they are,” Gipe said. “Every year, [students] get further and further left.”

Gipe said there are “more [teachers] than there used to be” who are like himself.

“There are three other teachers in my department that I did my credential program with—and they’re rad,” he said. “They’re great people. They’re definitely on the same page.”

Gipe said, “We can look back at groups like the [Black] Panthers and learn from their successes and their mistakes, as well as consistently focusing on education and a change of cultural propaganda … we have to convince people that this is actually what we need.”

“I’ve met so many people in my life who, when they met me, thought I was off the wall, and now they’re all Marxists,” he said in the video.

The Natomas Unified School District prides itself on being “named the second most diverse school district in the nation in a 2016 New York Times study,” according to its website. Gipe cited Sacramento’s diversity, but said the city is “surrounded by a bunch of right-wing rednecks.”

The school district said it was aware of the video in a statement sent to The Daily Caller News Foundation. The district recognized concern from parents and community members and said it would be looking into the “matter” and take “appropriate actions as necessary.”

“District policy explicitly states ‘Whenever civic education includes topics that may be controversial due to political beliefs or other influences, instruction shall be presented in a balanced manner that does not promote any particular viewpoint,’” the school said in its statement. “That is always the expectation.”

Midterm Election:6 Reasons For Conservatives To Be Optimistic

About one half of donations for Canadian truckers are from American...