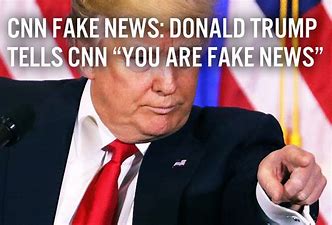 If you didn’t already know, CNN+ bit the dust today.

Well, it’ll officially end on April 30th, but the cancellation was announced today.

Honestly, it’s shocking that anyone actually thought people who won’t watch CNN for “free,” would pay for it. I don’t understand how that wasn’t brought up at any of the launch meetings.

But here we are… just 3 weeks in, and CNN’s biggest business venture has gone kaput.

And you have to wonder what is going through Chris Wallace’s mind right now… he threw away a well-respected, likely very good-paying job at Fox News, because he was mad at Tucker Carlson and has Stage 5 TDS (just like Shep Smith), and now he’s a sinking turd in the CNN toilet bowl.

What a horrific fall from grace.

But not everyone is in mourning, as a matter of fact, Don Jr. is celebrating the brief life of CNN+ with a hilarious 6-second clip I think you’ll enjoy.

Here’s what Jr. said: “Celebrating the life of CNN+”

Celebrating the life of CNN+ pic.twitter.com/n0p5KRStgi

A $100 million streaming service went down the drain in under one month.

What a remarkable defeat… if the folks at CNN don’t get a wake-up call from this, nothing will snap them back to reality.

Rest in peace, CNN+, and good riddance to bad rubbish.

The US Government paid the mainstream media $1 billion in tax...