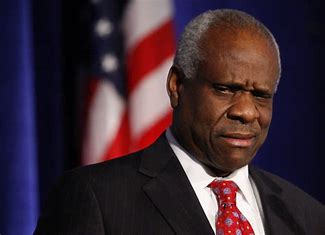 As we approach June and the end of the first full Supreme Court term with a conservative majority, with hot-button issues such as abortion, guns, and racial preferences on the docket, we can expect an escalating campaign of character assassination against the justices and the entire conservative legal movement. It is already underway with a Jane Mayer hit piece on Clarence Thomas over his wife Ginni, and a Nina Totenberg story targeting Neil Gorsuch. As David Harsanyi recounts, both stories had serious problems getting their facts straight, including placing Justice Thomas at an event he did not attend. Both the New Yorker and NPR have dug in rather than correct their errors of fact. The sleazy effort by Mark Joseph Stern to get Ilya Shapiro fired is best understood as part of this larger initiative.

Not to be deterred, Michael Tomasky weighs in at the New Republic with an argument that Justice Thomas should be impeached and removed from office based on Mayer’s article, on the theory that he should recuse himself from any case when his wife has been politically active on the issue. This is nuts. One way you can tell that it is nuts is because Tomasky does not even make the vaguest effort to discuss the standards and precedents for impeachment, or for recusals. Bogus recusal requests are a standard of left-wing commentary on the Court — they’re a cheap way to make the justices’ decisions seem illegitimate or corrupt. Thus, we’ve seen arguments that (1) Thomas should recuse himself from 2020 election cases because he thinks (correctly, based on personal experience) that Joe Biden is a two-faced liar; (2) Brett Kavanaugh should recuse himself from any case involving Donald Trump, even though the same standard was not applied to Stephen Breyer, Ruth Bader Ginsburg, or Elena Kagan; (3) Amy Coney Barrett should recuse herself from cases involving Obamacare because she had discussed a prior Obamacare case in a scholarly article and served on a student moot-court panel; and (4) Barrett should recuse herself from a donor free-speech case because an organization with common funders of one of the parties had supported her nomination.

In each case, left-wingers and Democratic politicians simply don’t bother to apply a standard that has any consistent relationship with the rules or how they have been applied in the past. So, too, here. Tomasky’s entire argument is that Thomas shouldn’t let his wife express her political opinions:

So for 20 years, Ginni Thomas has been operating in the white-hot center of far-right activist circles, involved in everything from Obamacare to abortion rights to same-sex marriage to you name it—all issues that have come before her husband. A more honorable man would recuse himself from all such cases or indeed quietly ask his spouse to find another, less incendiary line of work that has no impact on the appearance of her husband’s ethical standards.

If this argument were made against a liberal judge’s politically active wife, it would draw torrents of criticism for being what it is: an effort to subordinate the wife’s career and opinions to those of her husband. It also demeaningly suggests that Thomas and his wife are not capable of having differences of opinion. I don’t doubt that Thomas shares some of his wife’s political opinions — maybe many of them — but the man has a mind of his own, as his quarter century on the Supreme Court ought to have made clear by now. And his wife is allowed to have opinions, too.

Masih Alinejad: Iranian thugs plot to kidnap a journalist who was...