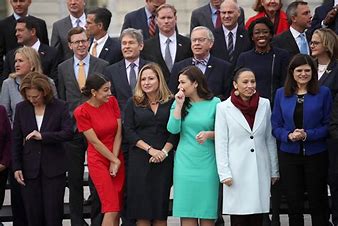 The Left loves to portray their side as the Champion of the lower and middle class. They love to stand with minorities and proclaim they are the party to watch their backs. They talk this rhetoric all the way to the ballot box, and once these people pull the D lever, they are forgotten until the next election.

These groups of people are but a tool of the Democrat party and, until now, an assurance of continuous power for lifelong politicians who talk one game but play another.

Two of the most blatant examples of this systemic use of the underclass are Maxine Waters and Nancy Pelosi. These women have been in Congress for 67 years combined, representing Los Angeles and San Francisco, respectively.

In that time, they have built their net worth of $3 Million and $120 Million, playing the system and rewarding friends and relatives along the way. They have accumulated wealth while both have exploding numbers of homeless people living on the sidewalks or their districts.

The policies supported by the Left may sound idealistic to the wealthy, their supporters, and academia but are crushing to low and middle-class Americans. Let’s look at a few examples, and the consequences to many left behind.

Defund the Police  The call for defunding or, as is the case with Ilhan Omar, the dismantling of Police departments is irresponsible and criminal. This movement gained traction after George Floyd was killed in 2020. What it brought was a rocket-like increase in all sectors of crime in big cities that knelt to the pressure of the Left.

This wave of crime does not happen in the posh suburbs but the inner cities. It doesn’t threaten the rich in their gated communities but the poor living and working in the inner cities. Neighborhoods are overrun, businesses close, and the plight of the underprivileged worsens.

Soft Justice System The Left convinced the underclass and people of color that the judicial system had unjustly targeted and punished these groups. The policies to protect the rights of those who break the laws hurt the victims.

Prisons emptied, bail eliminated, crimes decriminalized, and repeat offenders were set loose to prey on the weak. Many cities have seen the negative impact of these flawed policies and are trying to reverse course. But the genie is out of the bottle.

Open Borders. Those who believe we are not part of America but part of the world community pressure the Left to open the borders and allow free movement of illegal immigrants. This is done under the veil of saving people from the oppression in Central America.

Reality shows us that this has opened our front door to unvetted people from over 150 countries. We have lost control of who is coming and their intentions. We have apprehended known terrorists attempting to enter, but how many did we miss. These people are spreading across our country, supplying employers with low-income workers driving down wages for Americans.

Green Energy. When Biden took office in 2020, we were energy independent and an exporter of liquid gas to Europe. With the stroke of a pen, Biden destroyed our independence and put us back at the mercy of OPEC and Russia for oil.

These rash decisions to yield to the Green Energy advocates have disrupted our economy, harmed our national security, and driven inflation numbers not seen in forty years. The energy policy is irrational by itself but consider we are still buying Russian oil, negotiating with Iran and Venezuela for their oil, and you have to ask how low we will go to avoid energy independence.

Biden claims he will not impose new taxes on the low and middle class. The 10% inflation and gas now over $4 a gallon are worse than a tax on people not in the upper class.

Foreign countries do not have to attack us to take us down. With what Biden has done in just one year, he may destroy us in the next three. Maybe that makes him an existential threat to America.

That is a term the Left knows well.

Theresa May: U.K. to reach Net-zero carbon emissions by 2050

Derek Chauvin to change his plea to guilty in Federal Civil...

Slovenia is undermining the EU’s new fraud-busting office before it’s even...