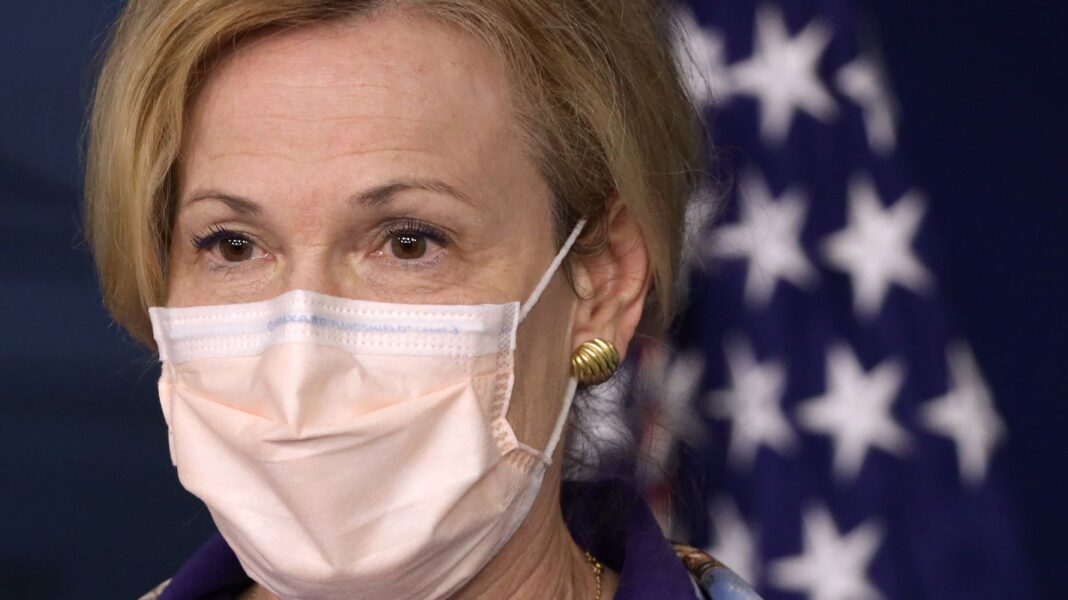 Dr. Deborah Birx, who served as former President Donald Trump’s coronavirus response coordinator, said the White House could have saved hundreds of thousands of lives if it had coordinated better during the onset of the pandemic.

Birx was one of the nation’s top doctors featured in a CNN documentary that broadcast Sunday night about the country’s initial response to the coronavirus, which has left more than 548,000 people dead in the U.S. alone. When pressed by host Sanjay Gupta on whether the country could have focused more on mitigation strategies, Birx acknowledged many lives could have been saved.

“I look at it this way ― the first time we have an excuse,” Birx said. “There were about 100,000 deaths that came from that original surge. All of the rest of them, in my mind, could have been mitigated or decreased substantially.”

“The federal government did not provide consistent messaging to the American people and that is fault number one,” Birx added later in the interview.

Dr. Deborah Birx, the White House coronavirus response coordinator under former President Trump, said in a CNN documentary clip that she thinks the US could have saved hundreds of thousands of lives lost to Covid-19 following the pandemic’s first surge. https://t.co/cB08LLbIaw pic.twitter.com/cXqvnYWYa7

Death rates across the country have fallen substantially since the beginning of a vaccination blitz. However, infection rates have begun to climb in some states amid national fatigue and the spread of dangerous variants that have gained ground in the U.S.

In recent months, Birx has faced criticism for praising Trump’s response to the pandemic even as he spread conspiracy theories or promoted unproven drugs as a potential cure to the virus. Dr. Anthony Fauci, the nation’s top infectious disease expert, leveled his own criticism at Birx during the CNN documentary, saying she should have done more to push Trump to act, but added she did “a lot of good” and was in a “difficult situation.”

Birx said she was subject to a “very uncomfortable” call from the former president after she appeared on CNN last August to speak about the threats of the virus.

When Gupta asked if she was threatened or censored, she demurred then said someone had blocked her from speaking further on national television.

“My understanding was I could not be national because the president might see it,” she said.

A HuffPost Guide To Coronavirus

Greyhound settle for $2.2 Million To End A Lawsuit over warrantless...