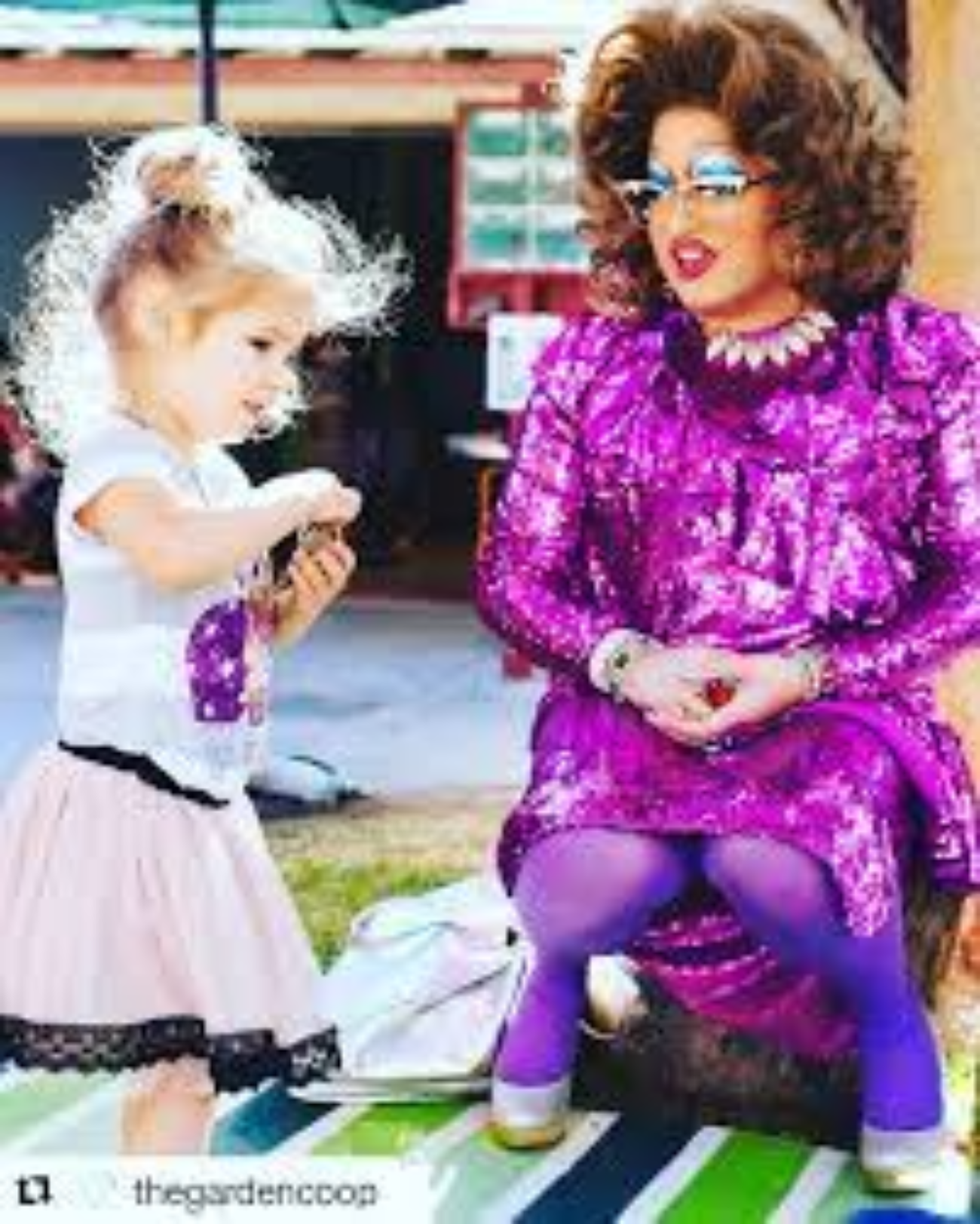 A children’s show on PBS featured drag queen and author “Lil Miss Hot Mess” singing, dancing, and reading a book about drag queens to an intended audience of 3 to 8 year olds.

“Today I’m going to read from my own book, which is ‘The Hips on the Drag Queen Go Swish, Swish, Swish,’” explained Lil Miss Hot Mess, who is reportedly one of the founding members of Drag Queen Story Hour.

“I wrote this book because I wanted everyone to get to experience the magic of drag and to get a little practice shaking their hips or shimmying their shoulders to know how we can feel fabulous inside of our own bodies,” Lil Miss Hot Mess said.

The book is intended to be sung along to the tune of the song “The Wheels on the Bus,” Lil Miss Hot Mess said. It features the drag characters “Frida Bea Me,” “Jaclyn Jill,” “Stinkerbelle,” “Rita Booke,” “Mother Lucy Goosey,” “Cinderfella,” “Pina-Buttah-Gelee,” “Rosie Ringarounda,” and “Ella Menopipi,” and “follows a drag queen who performs her routine in front of an awestruck audience.”

“I think we might have some drag queens in training on our hands,” Lil Miss Hot Mess said after dancing and singing for the virtual audience.

“Being a drag queen is about being bold, shining bright, and showing a little bit of bravery, being willing to step outside the box and to dance to our own beat sometimes,” the drag queen explained.

The spokeswoman emphasized repeatedly that “Let’s Learn” is not a PBS series but was made available to PBS stations. The Lil Miss Hot Mess episode first aired March 31, she said, and WNET has received “only a small handful of messages” complaining about the show.

According to the New York City Department of Education, “Let’s Learn” episodes offer “age appropriate content” intended to “serve as a supplemental resource for remote and blended learning.”

The New York City Education Department did not immediately respond to a request for comment.

Democratic New York City Mayor Bill de Blasio and Schools Chancellor Richard A. Carranza announced the launch of  “Let’s Learn NYC” in May 2020 around the beginning of the pandemic.

“We’re doing everything we can to make this unprecedented situation a little brighter for our youngest New Yorkers,” de Blasio said at the time, according to a press release. “This partnership will bring entertaining educational opportunities directly to homes across New York City.”

The events are typically designed to be about 45 minutes long for children aged 3 to 8 years old and intend to capture children’s imagination and help explore their gender fluidity through “glamorous, positive, and unabashedly queer role models,” according to the Drag Queen Story Hour’s official website.

Israel: $17.8 Billion Defense Budget agreed to prepare Military for a...

Devin Nunes: Pelosi Has burn down the institution of the House