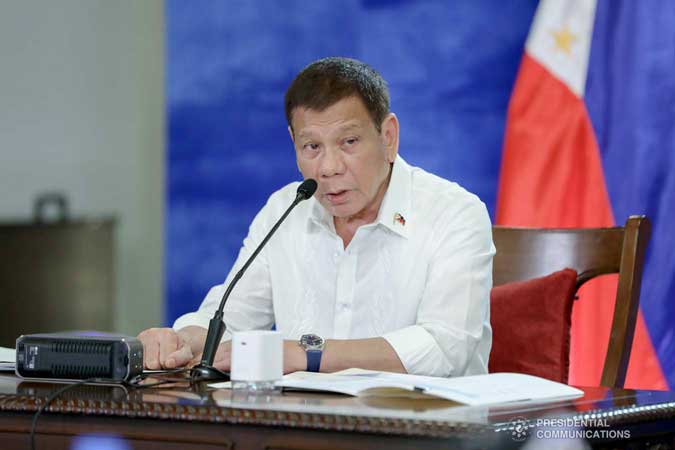 President Rodrigo R. Duterte on Friday vetoed nine sections of a bill that seeks to cut corporate income tax and reform the Philippine incentive system, including the expanded coverage of properties exempted from value-added tax (VAT).

He vetoed a section increasing the threshold of low-cost housing eligible for VAT exemption to P4.3 million from P2.5 million.

“This will benefit even those not originally targeted for the VAT-exemption — those who can actually afford proper housing,” Mr. Duterte said in his veto message, a copy of which was provided by Albay Rep. Jose Ma. Clemente S. Salceda.

“This results in a tax exemption that is highly distortive and exacts a heavy price on the tax-paying community. The provision is also prone to abuse, as properties can be parceled into lots so that their individual values fall within the VAT-exempt threshold,” he added.

Mr. Duterte said the provision would result in an estimated revenue loss worth P155.3 billion from 2020 to 2030.

He also vetoed a section allowing incumbent and future Presidents to exempt an investment promotion agency from the coverage of Republic Act 11534 or the Corporate Recovery and Tax Incentives for Enterprises Act.

The provision “disregards the huge steps we have taken to rationalize our fiscal incentive system,” Mr. Duterte said. “It could become a highly political tool that could allow subsequent Presidents to dismantle decades of studies, disregard discussions based on empirical evidence, and even subvert the will of Congress itself.”

The law will lower corporate income tax for local small businesses to 20% from 30%. The tax rate for all other companies, meanwhile, will be reduced gradually to 25% starting July 2020 and will be cut further by a percentage point each year from 2023 to 2027 until it reaches 20%.

The law will also streamline the country’s fiscal incentive system to make it time-bound, performance-based and transparent.

“After more than 20 years of deliberations on the countless versions filed in Congress, corporate income tax reform and fiscal incentives rationalization has finally come to fruition,” Mr. Duterte said. “It comes at an opportune time, since it will serve as a fiscal relief and recovery measure for Filipino businesses still suffering from the effects of the COVID-19 pandemic.”

The law will result in P251 billion in foregone revenue in the first two years, or P1 trillion worth of tax relief for a decade.

The so-called CREATE Act will be the guiding document for much of Philippine business and industry in the next decades, Mr. Duterte said in his veto message.

“With over P600 billion in tax relief for job creation in the next five years, we lay our faith and invest in Filipino businesses for them to reinvigorate the economy, create more quality jobs and generate more revenues for the government to tide us along these trying times,” he added.

Mr. Duterte also vetoed a section allowing the Bureau of Internal Revenue (BIR) to grant tax refunds even without going through an audit, within 90 days. Mr. Duterte said this could force the BIR to haphazardly grant tax refunds or deny an application that was not properly assessed due to the short deadline.

He likewise vetoed a section excluding the value of land and working capital under the description of investment capital in determining projects and programs eligible for tax perks before the Fiscal Incentives Review Board (FIRB).

Mr. Duterte also vetoed the proposed special income tax rate for local businesses with less than P500 million in capital, saying the incentive is too generous.

He said he wanted to provide a level playing field for small businesses that are not registered, which makes up the majority of micro and small enterprises in the country.

Mr. Duterte also vetoed a section to provide a 10-year extension, on top of the additional 14 to 17 years that companies enjoy even if they engage in the same activity. This is “fiscally irresponsible and utterly unfair” to taxpayers and other firms not enjoying the same perks, he said.

“My principle on this matter is simple: Only new activities and projects deserve new incentives,” he added.

He also rejected a proposal to limit the FIRB’s monitoring powers to companies and investment promotion agencies with a capital of more than P1 billion. He said the oversight function would neither result in delays nor create another layer in the approval process.

An item that identifies which economic sectors would be covered was also removed since the law should remain flexible.

Mr. Duterte likewise rejected a line that automatically approved a tax incentive application if not acted upon within 20 days, saying it was contrary to the goal to grant or deny tax perks based on merit.