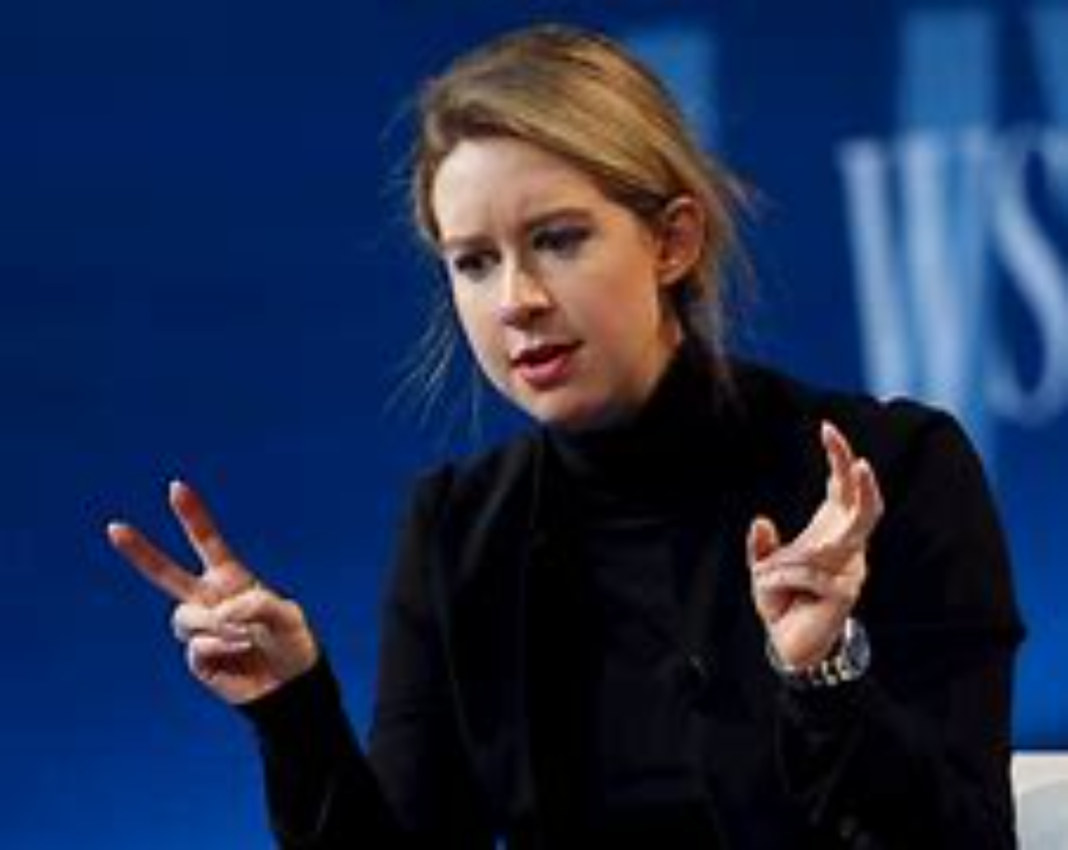 Elizabeth Holmes told the jury in her criminal fraud trial on Tuesday that she personally put the letterhead of pharma giants Pfizer and Schering-Plough on documents sent to potential business partners and investors without the companies’ consent.

It was the most damning admission Holmes has made under oath in three days of testifying in her own defense. The former CEO of the blood-testing company Theranos is attempting to persuade the jury that she is innocent of 11 counts of fraud and conspiracy to commit fraud.

Prosecutors have said Holmes forged multiple reports to give the impression that the pharmaceutical companies were endorsing Theranos devices, when in reality they had distanced themselves from the startup.

Holmes said she hadn’t intended to deceive anyone but was merely attempting to acknowledge other work Theranos had done with the pharma companies.

Still, it was a mistake, she said.

“I wish I’d done it differently,” said Holmes, speaking behind a plexiglass-enclosed witness box in a calm and confident tone.

For years, Holmes claimed Theranos had developed breakthrough blood-testing technology that would empower people to have more control over their health by allowing them to test for hundreds of conditions with a tiny finger prick of blood.

In 2014, the company was estimated to be worth $9 billion, more than the value of Uber and Spotify at the time.

But not long after, regulators and the media began asking probing questions about the efficacy of the technology, setting the company’s demise in motion.

In 2017, federal prosecutors indicted Holmes and Ramesh “Sunny” Balwani, the No. 2 at the company.

Most of Holmes’ testimony, so far, has involved deflecting responsibility, pointing to the expertise of the Theranos board of directors, lab staff and other company employees whom Holmes has suggested were close to how its blood analyzers worked. That made Holmes’ admission that she placed the misleading letterhead on Theranos documents remarkable.

“This work was done in partnership with those companies, and I was trying to convey that,” Holmes told the jury on Tuesday.

Holmes has yet to talk, on the stand, about the role of Balwani, who, in addition to being the former president of Theranos, is also Holmes’ ex-boyfriend.

Balwani has been charged with wire fraud and will face a separate trial in January. Holmes’ lawyers argued in legal filings before the trial began that Balwani physically and emotionally abused Holmes, altering her state of mind during the time of the alleged fraud. That controversial defense strategy has yet to be heard by the jury.

Passing the time with tarot cards and Elizabeth Holmes memorabilia

Holmes’ much-anticipated testimony has created something of a scene outside the usually sleepy San Jose federal courthouse.

Journalists, spectators and others eager to hear Holmes have lined up in front of the courthouse as early as 2 a.m. this week to secure a spot inside the courtroom.

On Monday, one reporter did tarot card readings while awaiting the start of court.

It is not the strangest thing to happen during the Holmes trial.

During jury selection, a “concerned citizen” showed up to court purporting to be a neutral observer. He told journalists his name was Hanson and he was there to keep watch on how the media reported the case. He was, in fact, San Diego hotel magnate Bill Evans, the father of Elizabeth Holmes’ partner Billy Evans.

From ‘the next Steve Jobs’ to criminal defendant

Since the trial began over 11 weeks ago, prosecutors have called more than two dozen witnesses to make the case that Holmes knowingly hoodwinked investors and patients about the capabilities of Theranos’ blood-testing technology.

Witnesses have included former employees of Theranos, patients who received flawed or false test results and former high-profile backers of the company, including former U.S. Secretary of Defense James Mattis. He told jurors Holmes misled him into believing Theranos was on the cusp of developing tests that could help save lives on the battlefield.

“There became a point where I didn’t know what to believe about Theranos any more,” Mattis told the jury in September.

Holmes has pleaded not guilty to all counts. If the jury convicts her, the judge could sentence Holmes to lengthy time in federal prison.

The rise and fall of Holmes, once heralded as Silicon Valley’s next Steve Jobs, has captured the national imagination. Her trajectory from wunderkind college dropout who developed “the iPod of healthcare” to disgraced defendant has been the subject of a bestselling book, a documentary and podcast series.

Her intensity and charisma made her a convincing saleswoman, raising more than $900 million for a company prosecutors say was destined to fail.

In the tech world and beyond, Holmes’ case has renewed debate about the “fake it until you make it” culture of Silicon Valley and whether she has been treated more severely than other fallen tech leaders because of her gender.

Holmes has steadfastly maintained her innocence, with her legal team essentially arguing that prosecutors have tried to turn a business that went under into federal crime.

But government lawyers counter that Holmes knew what she was doing. Prosecutors contend that Holmes was intentionally deceptive about Theranos’ finances and underlying technology in pursuit of landing on magazine covers and generating buzz and eye-popping investment.