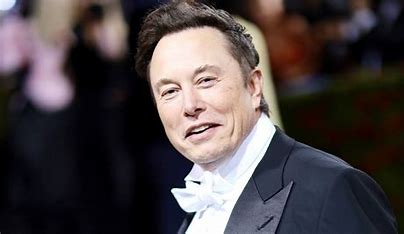 Tesla and SpaceX CEO Elon Musk is planning to let go almost 75% of Twitter’s 7,500 employees upon closing a deal with the company to become its sole owner, The Washington Post reported Thursday.

The drastic move would follow public statements from Musk that the company was overstaffed, cutting Twitter down to little more than 2,000 employees in a bid to increase the company’s profitability, according to the Post, citing documents that were not publicly available. Former employees and financial experts expressed concerns that replacing the lost employees would be a difficult task, and that cuts of that magnitude could significantly damage the platform’s ability to moderate illegal or otherwise harmful activity on the platform.

The alleged cuts are “unimaginable” to former Twitter data scientist Edwin Chen, who was responsible for managing spam and health metrics, according to the Post. While Chen agreed with Musk that the company needs to downsize, he believes such a significant reduction in staff could expose Twitter users to hackers and harmful material like child pornography.

“It would be a cascading effect,” Chen told the Post, “where you’d have services going down and the people remaining not having the institutional knowledge to get them back up, and being completely demoralized and wanting to leave themselves.”

Nell Minnow, corporate governance expert and vice chair of ValueEdge Advisors, told the Post that she believed Musk was showing off aggressive plans to attract investors, but that actually enacting that plan would be difficult. It would be necessary for Musk to demonstrate that he had a plan for what the company would do after making those cuts, she told the outlet.

JUST IN: Elon Musk has reportedly told prospective investors in his deal to buy the company that he planned to get rid of nearly 75% of Twitter’s, $TWTR, 7,500 workers, per Washington Post.

The company, which has long struggled to be as profitable as other tech giants, was already planning a significant staff reduction, the Post reported. However, the $800 million reduction in payroll expenses currently planned would have resulted in cutting just 25% of workers.

“Although, obviously, myself and the other investors are obviously overpaying for Twitter right now, the long-term potential for Twitter in my view is an order of magnitude greater than its current value,” said Musk in a third-quarter earnings call for Tesla on Thursday, according to Yahoo Finance.

The report is the latest in the monthslong saga of Musk’s bid to purchase the social media platform, which has seen Musk twice attempt to escape a $44 billion deal, originally made in April, primarily over accusations that he and other investors were misled about the number of spam, or “bot,” accounts on the platform. Musk and Twitter have been given until Oct. 28 to finalize the terms of a deal, before a judge would permit Twitter’s lawsuit against Musk to continue, potentially forcing him to agree to the terms of a deal originally made in April.