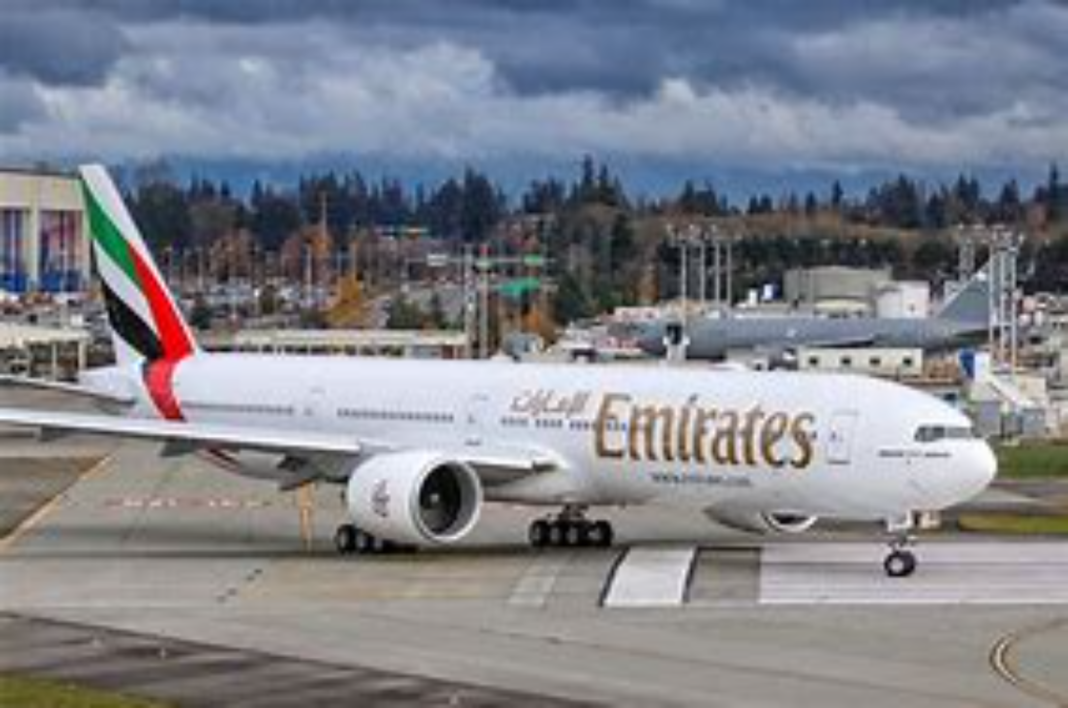 The president of long-haul carrier Emirates said Tuesday that an initial public offering of stock in the Dubai-based airline could happen as the city-state tries to boost its local financial market, while promising that its fleet of iconic double-decker jumbo jets would soon ply the skies again.

Tim Clark of state-owned Emirates told reporters at the aviation show that a proposal to sell shares of Emirates “is out there” after his boss, Emirates chairman Sheikh Ahmed bin Saeed Al Maktoum, commented on the possibility.

The city-state this month announced plans to list its state-owned electricity company and other government-backed firms to raise liquidity and expand the local Dubai Financial Market so it can compete with bigger counterparts in the region. The market also has seen major players go private in recent months, as well as a fraud investigation target one major real estate developer listed in Dubai.

Clark described Emirates, long the jewel of the state-linked companies that make up what analysts call “Dubai Inc.,” as attractive to future investors.

“The pandemic has set us back, of course, but as you know the profitability of Emirates is a well-known fact,” he said. “We will restore that in the next six, eight months. We’re already on the path to do that.”

Since the pandemic struck, Emirates grounded dozens of its iconic Airbus A380 double-decker jets, many visible from the tarmac at the Dubai Air Show. The carrier burned through $7.1 billion over the past year and half, forcing it to take nearly $3.8 billion in cash aid from Dubai’s government.

Returning its 120 A380s to the skies is key to Emirates’ recovery, and Clark said the airline must service the debt on them. He was blunt about the planes’ value to Emirates, noting that 80 percent of the carrier’s profitability came from the planes before the pandemic.

“To have a $450 million aircraft sitting on the ground doing nothing for two years is a challenge,” he said. “When the borders are open to us again, there’s absolutely no reason why we should not be expanding. … Once we get back to where we were, we will then grow again.”

The trade show in Dubai typically sees a frenzy of order and product announcements. But this year’s exhibition, in the shadow of the coronavirus pandemic that triggered the aviation industry’s worst-ever crisis, has been more subdued. Most deals have involved small aircraft as opposed to the trademark wide-bodies that ply the long-haul routes of Gulf Arab carriers.

Boeing’s deal with Akasa will see the Indian airline owned by billionaire Rakesh Jhunjhunwala receive 72 MAXs. Akasa plans to start flying in the summer of 2022.

“India is one of the fastest-growing aviation markets in the world with an unparalleled potential,” Akasa CEO Vinay Dube said in a statement. “We are already witnessing a strong recovery in air travel, and we see decades of growth ahead of us.”

The MAX only returned to the air in the last year after two deadly crashes in Ethiopia and Indonesia.

Airbus’ biggest sale of the day included 20 single-aisle A320neos and eight A321neos, which competes directly with Boeing’s 737 Max, along with an option to sell another five planes to Kuwait’s low-cost, fast-growing airline.

While executives described the deal as a memorandum of understanding rather than a firm order, Rohit Ramachandran, CEO of Jazeera Airways, said he considered the handshake “to far exceed any immediate formal collateral” behind the agreement.

“There’s a great level of trust to which honestly one could ascribe a significant dollar value,” Ramachandran said.

The Kuwait City-based Jazeera Airways, an upstart Middle East discount carrier, was founded in 2004 as one of the first non-government-owned airlines in the Persian Gulf.

Airbus also said it received an order of 10 narrow-body A220 jets from Nigeria’s Ibom Air, a new carrier owned by the oil-rich southeast state of Akwa Ibom. Based on the plane maker’s pre-pandemic price list, the deal is valued at some $810 million. Executives declined to say how much they were paying for the planes.

The announcements followed Airbus’ other orders over the first two days of the show, with 111 new aircraft sold to the Air Lease Corporation and 255 new aircraft to Indigo Partners’ various low cost carriers. The purchases signal executives see the ravaged industry recovering from the pandemic, with demand for travel set to surge in the coming years.

The trade show typically pits French Airbus and its American rival Boeing, the two manufacturers at the top of the supply chain, against each other in the crucial Mideast market filled with long-haul carriers connecting East and West.

Emirates meanwhile announced that late next year it would start retrofitting 105 of its wide-body planes, including Boeing 777 and the superjumbo A380s, with a new cabin class called Premium Economy, which offers much more space than coach but at a lower fare than business class.

Their discussions came as Russia promotes its Sukhoi Su-75 Checkmate fighter jet at the air show — the jet’s first showing outside Russia. The UAE has tried to acquire the Lockheed Martin F-35 stealth fighter jets since formally recognizing Israel last year in a deal brokered by the Trump administration.

That major arms deal has slowed under President Joe Biden. But a senior American official overseeing arms exports told The Associated Press on the sidelines of the conference that the US remains “fully committed” to the proposed sale of F-35s to the UAE.