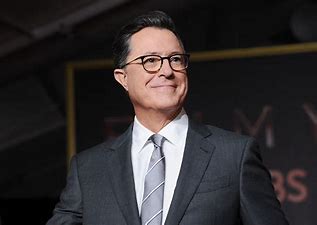 Talk about a comedy bit gone wrong. Fox News is reporting that a group of people associated with the Late Show with Stephen Colbert were arrested last night near Rep. Lauren Boebert’s office after reports of a disturbance. The story was spelled out on Twitter by congressional reporter Chad Pergram:

4) However, the group surfaced later that night after the Capitol complex was closed to the public Fox is told they took pictures and video around the offices of House Minority Leader Kevin McCarthy (R-CA) and Lauren Boebert (R-CO).

6) Fox has confirmed the arrests of these nine persons through a senior House source.

11) USCP: “They were charged with Unlawful Entry.  This is an active criminal investigation, and may result in additional criminal charges after consultation with the U.S. Attorney.”

Jesse Watters opened his show tonight with a segment on the arrests. He added a couple of additional points. First, the group was filming a skit which is why they were banging on the doors of various Republicans. Robert Smigel, who was one of the people arrested, is the comic best known for doing interviews at Triumph the Insult Comic Dog. Watters also reported on some of the other arrestees. Jake Plunkett is a senior producer. Allison Martinez is an associate producer. Josh Comers is a writer. Watters also reported the group had been let into the building by Rep. Adam Schiff and Rep. Jake Auchincloss.

People on the right are already having fun with this. Watters noted these folks could be charged with the same crime as some of the Jan. 6 rioters. Others are just pointing and laughing.

So, with the Jan. 6 hearing failing to win over voters, Dems turn to Stephen Colbert to save them and WHOOPS ==> https://t.co/J12WZSR7ve

Of course comedians make jokes for a living but the connection of Rep. Schiff seems pretty tone deaf if it’s confirmed. I don’t see anything from him on Twitter yet confirming or denying it. But obviously if you’re trying to convince the nation that this was a deadly serious insurrection which should result in serious repercussions, bringing Triumph the Insult Comic Dog in to film a skit doesn’t really convey the proper sense of gravitas. Here’s the report from Jesse Watters.