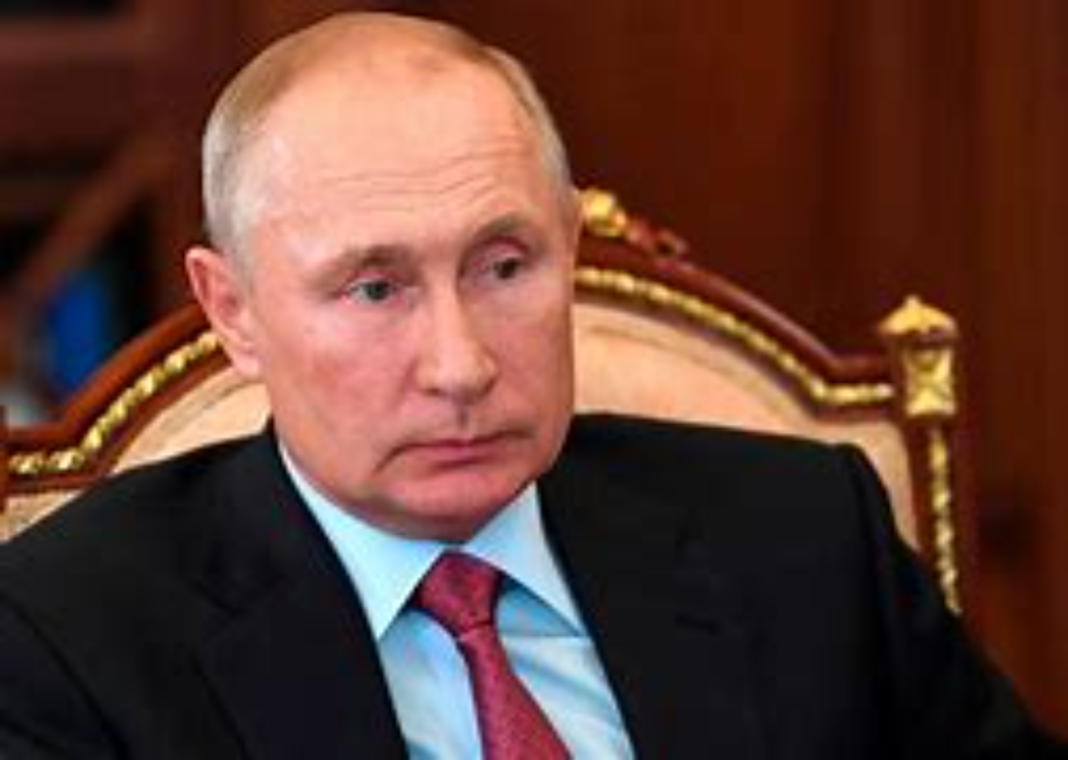 Russia has been seeking in recent days to position itself at the centre of the debate surrounding Europe’s energy crisis. Although the geostrategic chess player Vladimir Putin may want to leverage Russia’s ample gas supplies to win concessions from Europe, analysts say the crisis presents the Russian president with a double-edged sword.

With soaring gas prices raising fears of an intensifying crisis as winter approaches, Putin called on Wednesday for steps to “stabilise” the European gas market. The same day, China asked Russia for extra supplies of coal and gas to combat its own energy crisis.

“In the short-term, Russia finds itself in a very strong position, if only because of high gas prices,” said Arild Moe, an expert on the Russian energy sector at Norway’s Fridtjof Nansen Institute. Prices have jumped more than 170 percent since the beginning of the year – a boon for Moscow’s finances as Gazprom, a majority state-owned company, is Europe’s main gas supplier.

European countries see Russia’s ample supplies as a potential way out of the crisis. “Moscow hasn’t had such a strong negotiating position vis-à-vis Europe for a long while,” said Agata Loskot-Strachota, a European energy specialist at the Centre for Eastern Studies in Warsaw.

Russia “certainly has some leeway” to boost supplies, Moe pointed out.

Experts were surprised in June when Russia did not react to rising prices by trying to sell more gas to Europe. The hypothesis emerged that Moscow was deliberately pushing prices up by limiting gas supplies – in order to give Europe an incentive to complete the fiercely contested Nord Stream 2 gas pipeline to Germany.

The pipeline’s construction has since been completed and awaits the German regulator’s approval. “Russia can now tell the Europeans that if they’d been less fussy, they’d now have greater supplies of cheaper gas,” Moe said.

Yet Russia has bigger goals than just selling gas; it wants to leverage its natural resources to extract geostrategic concessions – as evinced by Russian ambassador to the EU Vladimir Chizhov telling the Financial Times last week that the EU should stop thinking of Russia as an “adversary” if it wants help sorting out the energy crisis. “Change adversary to partner and things get resolved easier,” Chizhov went on. “When the EU finds enough political will to do this, they will know where to find us.”

Moscow could “take advantage of its strong position to get concessions on several European regulations it disagrees with, including the potential new climate change and energy law currently under discussion in Brussels”, Loskot-Strachota said. A Russian attempt to roll back the EU sanctions imposed after the 2014 Crimea annexation could also be on the cards, she said.

The gas crisis also allows Russia to remind Europe of its energy policy’s “contradictions”, said Vladimir Kutcherov, an energy expert at the Royal Institute of Technology in Stockholm.

“Until a few years ago, the European energy market was very stable – characterised by 10- to 15-year gas contracts with Russia – but then Brussels wanted to introduce more flexibility [with fewer long-term contracts] to reduce its dependence on Russian gas, thereby increasing price volatility and feeding the current crisis,” continued the Russian analyst, who expressed a certain measure of schadenfreude at Europe asking Russia for more gas.

“Gazprom would of course like to encourage the EU to sign more long-term contracts to secure its exports at a time when Europe is increasingly looking to boost its own renewable energy as an alternative,” Loskot-Strachota added.

But Russia has to be careful not to overplay its hand. Gazprom cannot wave a magic wand to make Europe’s energy woes disappear. “It would be misleading to think that – and creating such an impression could well backfire on Russia,” Loskot-Strachota warned.

Gazprom has “enough room for manoeuvre to step up supplies to Europe, but it doesn’t have an enormous amount of leeway because the Russian winter is on its way and the company needs to think about its domestic market”, said Catherine Locatelli, an expert on the Russian oil and gas industry at the Grenoble Applied Economics Laboratory.

At the same time, Putin does not want to look like an energy blackmailer, according to Moe, because that would “damage the image he wants to cultivate of Russia as a reliable trading partner”.

If the lesson Europe learns from the crisis is that Russia is instrumentalising its natural resources for geopolitical ends, this will push European countries to “redouble their efforts” to “diversify energy supplies”, Moe continued.

“If Europe’s main natural gas supplier is deemed unreliable, this will make gas a less popular source of energy, giving the EU a further incentive to boost the European renewables sector”, Loskot-Strachota said. Given its heavy dependence on hydrocarbons, Moscow has little to offer in this area.

All roads lead to Beijing?

The Kremlin could ignore the loss of European market share if gains in Asia compensate. Indeed, China is keen to import more Russian gas and coal.

“Russia obviously wants to favour exports to China, which wants to carry on using natural gas – in contrast to Europe, which is keen to transition to renewables,” Locatelli put it.

Moscow and Beijing may well take advantage of the European gas crisis to accelerate the construction of a second pipeline from Russia to China. This would “at best double” the volume of gas delivered to China, still a lot less than what Russia can sell to Europe, Loskot-Strachota observed.

Consequently, Russia will remain dependent on Europe for its gas exports for some time to come. This means Putin faces a stark choice, Loskot-Strachota said: “Either he can go for the short-term profits high gas prices can bring, or he can prioritise the long-term stability a better relationship with Europe could bring.”

Putin’s track record in geostrategy leaves no doubt which option he will choose, Moe said: “Putin has always shown himself to be an astute tactician but a rather poor long-term strategist.”

The ‘WSJ’ on Trump and Georgia