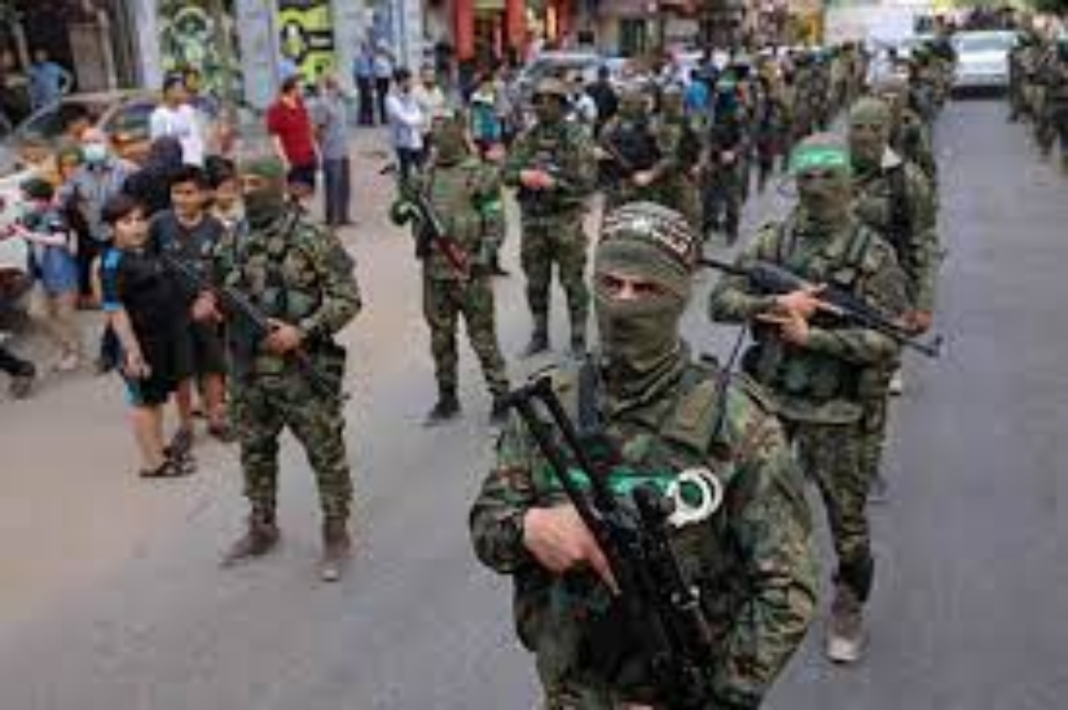 The US has the ability and responsibility to take the lead on behalf of all trustees of international law who are mandated to uphold, promote and protect foundational principles of human rights.

As I write, barrages of rockets continue to target Israeli civilians, aiming to kill Israeli civilians indiscriminately, fired from densely populated civilian centers in Gaza. This constitutes a double war crime committed by a genocidal terror organization.Much energy and resources continue to be invested in pressuring “both parties” to de-escalate, demanding to identify the path to a ceasefire. A growing number of individuals have a heightened, palpable understanding of what is required in order to reach, create and maintain such a ceasefire.

Nearly seven years ago, in August of 2014, Hadar Goldin and two other Israeli soldiers were killed during a similar UN and US mandated, EU supported, “humanitarian ceasefire.” Hours after it took effect, with intentional and cynical abuse of that brokered ceasefire and in a gross violation of international humanitarian law, Hamas abducted and has been holding Goldin’s remains since, along with the body of deceased soldier Oron Shaul, and the live civilians Avera Mengistu and Hisham a-Sayed, both of whom wandered into Gaza.

And here’s the thing. Selective application of legal norms, in this context and generally, undermines the very foundations that they were meant to uphold and protect. The UN and their regional representatives have a fundamental responsibility to promote and protect human rights; to ensure the compliance with humanitarian legal obligations and to combating the culture of impunity. All three are present in the case and cause of Hadar Goldin. All three were and continue to be violated.

If the US is to take on its potential leadership role in the region and international arena, it must safeguard adherence to and protection of basic human rights. It must ensure that fundamental humanitarian law obligations are not violated. It must cease to enable and instead must actively combat the culture of impunity.

If the US is to be true to the commitment it took seven years ago, it must demand the immediate and unconditional return of the remains of Goldin and Shaul for burial, and for the return of Mengistu and a-Sayed to their families, in accordance with basic moral principles, Jewish and Islamic laws and international humanitarian standards.

Following Hamas’ violation of the ceasefire hours after taking effect, then-UN Secretary-General Ban Ki-moon issued an official statement, condemning the violation of a mutually agreed humanitarian ceasefire by Hamas in the strongest terms. He expressed shock and profound disappointment by these developments. He stressed that the acts of Hamas constitute a grave violation of the ceasefire and added that such moves call into question the credibility of Hamas’ assurances to the UN. He demanded the immediate and unconditional release of the captured soldiers.

On December 22, 2017, the UN Security Council held a special session on international humanitarian law and the repatriation of the remains of Goldin and Shaul. This historic hearing of the UNSC was cohosted by the US and Ukraine, discussing the clear violation of international law and its implications.

In response, UN member states unanimously expressed their solidarity and demanded the return of the remains of Goldin and Shaul. They highlighted that the refusal to repatriate the remains of soldiers constitutes an egregious violation of the most fundamental principles of human rights and human dignity that underpin humanitarian law. Participants reaffirmed that the Secretary-General and international organizations must work to secure the return of the remains, lest the international community itself indulge in a culture of impunity in defiance of UN norms.

Seven years have passed. Apart from these clear and explicit condemnations and the declaratory demands made of Hamas, absolutely nothing has changed. When it comes to promoting and protecting human rights, to ensuring compliance with humanitarian law obligations, and to combating the culture of impunity: declarations are simply not enough.

The “rules-based international order” relies on genuine promotion and protection of fundamental human rights. It depends on profound and indiscriminate insistence on compliance with international humanitarian law obligations. It is contingent upon uncompromising resolve to combat cultures of impunity. As trustees of human rights and international humanitarian law, all its trustees and representatives have a responsibility to ensure that those legal obligations are respected and implemented.

Seven years later, an unequivocal US demand for the immediate and unconditional return of two deceased soldiers and two civilians constitutes a first and necessary step to remedying the ongoing disregard for human rights. It will also address the standing violations of international humanitarian law, the  de-escalation and ultimately, lead to the aspired “ceasefire.”

Such leadership would signal – both locally and to all those watching – that a regime that disrespects the rule of law so blatantly will be held to account. It would clarify that any parties that do not stand up to such regimes are de facto aiding and abetting and are – themselves – complicit and accountable. It would elucidate that continued, defiant violations of foundational principles (evidencing an abiding disregard, disrespect and denunciation of foundational values, institutions, and norms) will not be accepted or tolerated by the US. Finally, it would serve to create or return the necessary trust in the system, declaring that it is unacceptable to abuse humanitarian values, institutions and norms, including “humanitarian ceasefires.”

Hamas is a genocidal terror organization. It is holding civilians in Israel and Gaza hostage, as well as the remains of deceased soldiers Goldin and Shaul held in a seven-year continued standing violation of international law and human rights. The first step to the imperative paradigm shift needed is their immediate return.

The US has the ability and responsibility to take the lead on behalf of all trustees of international law who are mandated to uphold, promote and protect foundational principles of human rights. Success will return crucial meaning so badly undermined to the imperative concept of a “ceasefire.”

Failure to do so will enable and empower a continued culture of impunity towards its most egregious violators, terror organizations and regimes. This undermines the rules-based order, to the detriment of all.