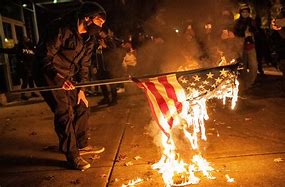 Supreme Court Marshal Gail Curley sent two letters to state officials requesting they do their jobs and prevent demonstrating in front of the homes of Supreme Court justices. She asked Maryland and Virginia officials to enforce state and local laws. Curley is responsible for the security at the Supreme Court and the court’s police force.

Curley sent letters on July 1 to Maryland Gov. Larry Hogan and Montgomery County executive Mark Erlich. She cited an increase in demonstrations since May when Justice Alito’s draft opinion was leaked to the public.

Curley in her letters pointed to a Maryland law which states a “person may not intentionally assemble with another in a manner that disrupts a person’s right to tranquility in the person’s home.” The law provides imprisonment for up to 90 days or a $100 fine.

Curley also cited a Montgomery County law that states a “person or group of persons must not picket in front of or adjacent to any private residence.”

Governor Hogan, a Republican, has voiced concern about the demonstrations, as has Virginia Governor Glenn Youngkin, also a Republican. They are handing the responsibility off to U.S. Attorney General Merrick Garland to enforce federal law. Ironically, Hogan indulges in fantasies of running for the GOP nomination for president. If he truly wants to show an inclination to support the rule of law and provide leadership, he would have already enforced the laws on the books. It is illegal for protesters to picket outside the homes of Supreme Court justices in an effort to intimidate them. Yet, the protests continue. Voicing concern isn’t enough, especially after the attempt on Justice Kavanaugh’s life last month by a 26-year-old man who called the police on himself. Is it going to take an act of violence against one of the justices for officials to act? If the threats were against Justice Sotomayor or Kagan, would arrests be happening?

“Two months ago, Governor Hogan and Governor Youngkin sent a letter calling on Attorney General Garland to enforce the clear and unambiguous federal statutes on the books that prohibit picketing at judges’ residences,” Ricci said. “A month later, hours after an assassination attempt on Justice Kavanaugh, the Department of Justice finally responded, declining to enforce the laws.”

“Now a different federal official is writing to us with conflicting information,” Ricci continued. “Has the marshal taken time to explore the matter, she would have learned that the constitutionality of the statute cited in her letter has been questioned by the Maryland Attorney General’s Office.”

Ricci said Hogan has directed the Maryland State Police to further review enforcement actions that “respect the First Amendment and the Constitution.”

Elrich previously told ABC affiliate WCTI that he wished the protests were done somewhere else. “If everybody’s going to protest everybody who does something at their houses, we’re going to have a very hard time maintaining civil society,” he said, as Curley noted in her letter.

They are “reviewing enforcement actions” after two months? What is taking so long? The longer the situation goes, the more likely it is that something really bad will happen. The lack of urgency exhibited by all involved, including the Supreme Court marshal, is frustrating. The marshal sent the letters on July 1, two days ago. What took her so long to insist that the justices are protected?

Curley sent letters to Gov. Youngkin and Fairfax County Board chairman Jeff McKay, too. She cited a Virginia statute that states anyone “picketing before or about the residence or dwelling place of any individual, or who shall assemble with another person or persons in a manner which disrupts or threatens to disrupt any individual’s right to tranquility in his home, shall be guilty of a class 3 misdemeanor.”

It should be noted that Curley is also in charge of investigating the leak of Justice Alito’s draft opinion in the Dobbs case. There has been no information released in that investigation. The leak happened in May. What is the holdup?

Col. Curley has an impressive resume which makes a lack of urgency all the more puzzling. She is the second woman to be Supreme Court marshal and she has been in the position since June 2021. When her appointment was announced last year, her thirty-year military career and national security experience was touted.

Curley, who will begin her new position on June 21, comes to the court 30 years after graduating from West Point with a bachelor’s degree in political science. She received her law degree from the University of Illinois College of Law and two master’s degrees from military graduate schools. During her service in the Army, Curley served in (among other places) Germany and Afghanistan; most recently, she was the chief of the National Security Law Division in the Office of the Judge Advocate General. In that position, she supervised judge advocates and “provided legal advice and support on national security law to senior Army leadership,” according to the court.

As I said, the longer the confusion and buck-passing continue, the more likely it is that something tragic is going to happen before people start doing their jobs. Is this going to be another self-inflicted crisis in the long list of Biden’s crises? It sure looks that way.