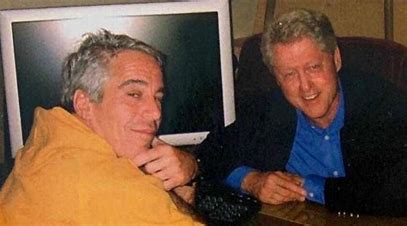 Or did he? I’m kidding. Kinda. There is a deja vu vibe going on with this story. The 78-year-old French model-agent and alleged pimp for Jeffrey Epstein, Jean-Luc Brunel, was found dead in his Paris jail cell early Saturday morning. His body was found by guards at La Santé around 1:00 a.m. Saturday during a late-night check. Does this story sound familiar? Both Epstein and Brunel hung themselves in their prison cells while awaiting trial for sex trafficking, including exploitation of underage girls.

Brunel had been in police custody for over a year. French prosecutors investigated him on suspicion of raping minors over the age of 15 and sexual harassment. Authorities also considered Brunel a witness in an investigation into child sex trafficking. Virginia Roberts Giuffre accused both Brunel and Epstein of abuse. She claimed in 2014 that Epstein and his girlfriend Ghislaine Maxwell trafficked her to Brunel. Giuffre provided testimony at a closed-door hearing on Brunel’s detention in Paris in January 2021.

“The suicide of Jean Luc Brunel, who abused me and countless girls and young women, ends another chapter. I am disappointed that I was not able to face him in a final trial and hold him accountable for his actions, but gratified that I was able to face him in person last year in Paris, to keep him in prison,” Virginia Giuffre said in a statement issued though her lawyer, Sigrid McCawley.

Brunel’s attorneys released a statement. “His distress was that of a 75-year-old man crushed by a media-judicial system,” said Mr. Brunel’s three lawyers in a statement. “Jean-Luc Brunel has continued to proclaim his innocence. He multiplied his efforts to prove it,” they added.

Virginia Roberts Giuffre’s attorney sees the suicide in a different light. Brunel did it because “he knew his fate was sealed.”

“He and Epstein made it only as long as there was hope of getting out,” Edwards told The Daily Beast.

“Virginia’s testimony in France was a major factor in Jean-Luc being jailed. Her recent settlement with Prince Andrew solidified her as a highly credible person. So it cannot be a surprise that he took the same cowardly path as his old pal to avoid true accountability. I feel bad for his many victims but this does not have much impact at all on our investigation, which continues to strengthen.”

The suicide puts an end to all the investigations against Brunel. He is politely described as an associate by many news outlets but Brunel acted as a pimp for his pal Epstein. Allegedly. He was suspected of raping, sexually assaulting or sexually harassing many minors and adults. He was also suspected of organizing transportation and hosted girls and young women for Epstein. Pedophiles of a feather flock together, apparently.

Epstein had connections to France. He owned a house on Avenue Foch. He was arrested in New York as he returned from Paris. The French investigation into Epstein and his accomplices was opened by prosecutors just weeks after Epstein’s death. In cooperation with U.S. authorities, French prosecutors set out to determine if French nationals were among Epstein’s victims. They also were investigating if his financier had French accomplices.

Brunel founded Karin Models and MC2 Model Management. French prosecutors began investigating him in August 2019. He was arrested in December 2020 as he attempted to board a flight to Senegal. Giuffre accused Brunel of “using his modeling agency to import girls and young women and farm them out to his friends, including Epstein.”

His name appeared more than 15 times on flight logs for Epstein’s private jet, and photos used as evidence in the case against Epstein confidante Ghislaine Maxwell showed him palling around with her and Epstein.

He also visited Epstein dozens of times during the financier’s first jail stint—in Florida, for procuring an underage girl for prostitution.

Logs from Epstein’s Palm Beach home included messages from Brunel that appeared to refer to young girls. In one note, Brunel reported that he “just did a good one—18 years” who told him “I love Jeffrey.” In another, Brunel stressed that “he has a teacher for you to teach how to speak Russian … She is 2×8 years old not blonde. Lessons are free and you can have 1st today if you call.”

As for Ghislaine Maxwell, the only one of the trio to stay alive long enough to go to trial, her family is worried about her safety in prison. She is on suicide watch and guards awaken her every 15 minutes during the night to check on her, according to her brother.

“It’s really shocking,” Ian Maxwell, one of Ghislaine’s siblings, told The Post. “Another death by hanging in a high-security prison. My reaction is one of total shock and bewilderment.”

In an interview from his home in London, Maxwell said the family “fears for her safety” at the Metropolitan Detention Center in Brooklyn where she is being held.

Maxwell insisted his younger sister is not suicidal and said that it was “ironic” that Epstein and Brunel who died of apparent suicides were not on suicide watches in their respective prisons. Epstein had been taken off suicide watch shortly before his death in August, 2019.

An investigation is underway to determine the cause of Brunel’s death. I wonder what Prince Andrew is thinking today.