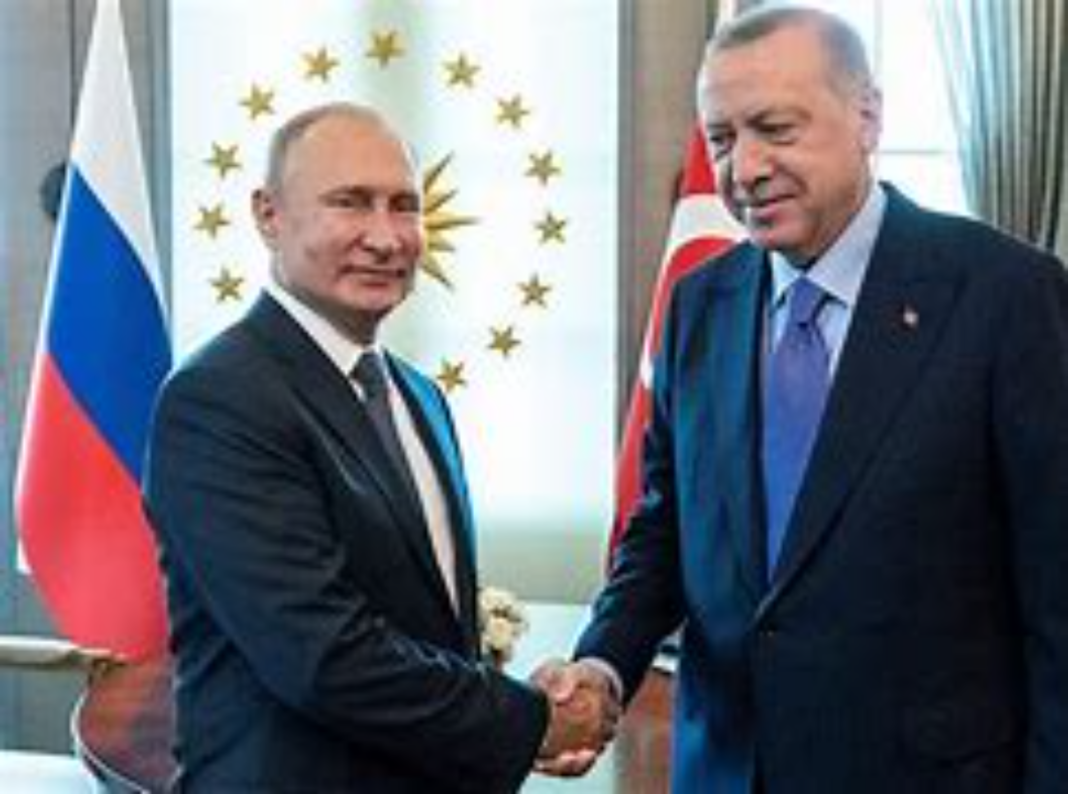 Erdogan and Putin held their first face-to-face talks in 18 months in the Black Sea resort of Sochi on Wednesday, with the Syrian conflict high on their agenda.

“We had the opportunity to discuss what steps we could take on plane motors, warplanes,” the Turkish leader told journalists on his return to Turkey.

“Another area where we can take several steps together is on building boats. We will God willing take joint steps even on submarines,” he added, NTV broadcaster reported.

The two men even spoke about Turkey-Russia cooperation in space, Erdogan said.

His comments will raise eyebrows in the West and especially in the United States after Washington slapped sanctions on Turkey last year over its multibillion-dollar purchase of the Russian-made S-400 air defense system.

The U.S. also expelled Turkey from the F-35 program under which Western allies produce the next-generation fighter jet’s parts and secure its early purchasing rights.

Ankara was expecting as many as 100 of the stealth fighter jets, and multiple Turkish suppliers were involved in the construction.

Erdogan reaffirmed Turkey’s commitment to the S-400, vowing Ankara “would not take a step back” from the purchase, but called on the U.S. to either give the planes Turkey ordered or return its $1.4 billion payment.

Relations between Turkey and the U.S. are strained, and Erdogan admitted last week that his personal ties with U.S. President Joe Biden had “not gotten off to a good start.”

But Biden and Erdogan are expected to meet at a G20 summit in Rome next month.

Erdogan also said he proposed that Turkey and Russia could work together on building two more nuclear power plants, on which the Russian side agreed to cooperate.

Turkey’s first nuclear power plant is under construction by Russia’s Rosatom state nuclear energy firm on the country’s south coast and it is expected to be online for Turkey’s centenary as a post-Ottoman republic in 2023.

Despite Erdogan’s warm words, the relationship between Turkey and Russia is complex, with the two countries on opposing sides in conflicts such as Libya and Syria.

Erdogan offered only vague comments on the two men’s talks about northwestern Syria where regime troops and Moscow have increased airstrikes in recent weeks.

Last year Turkey and Russia agreed on a ceasefire deal for Idlib, the last major jihadist and rebel stronghold in northwest Syria.

“We focused on the need to take steps together on the issue,” Erdogan said, and finding a “permanent, final and sustainable solution” for Idlib.

But Peskov would not elaborate on whether that meant Russian forces would continue airstrikes and if Turkish forces had to withdraw.

A U.K.-based war monitor said at least 11 fighters from a pro-Turkish rebel group were killed Sunday in Russian air raids outside the northern Syrian town of Afrin.