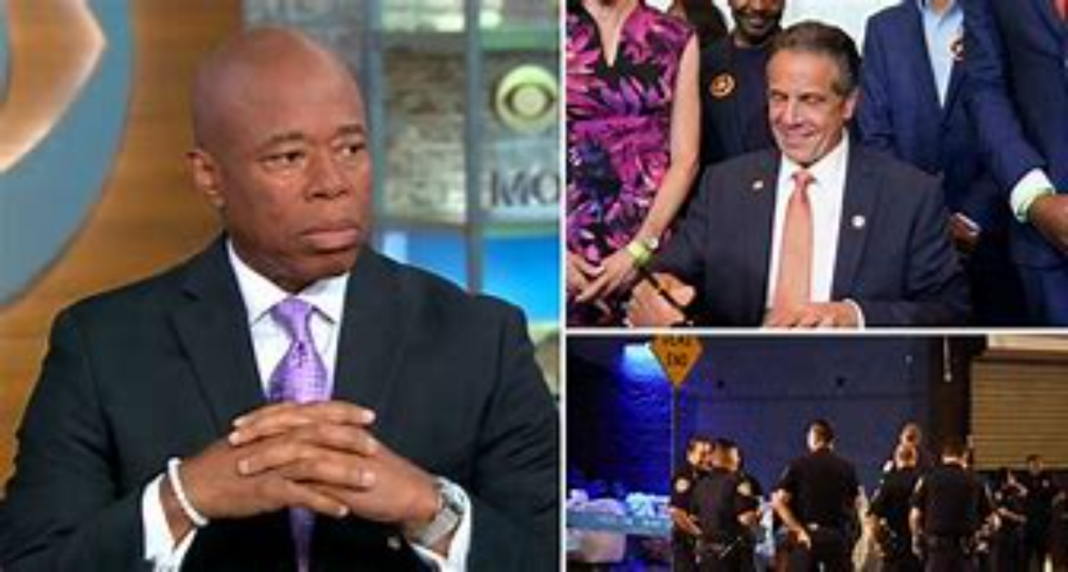 “My first question is, what took so long? And why has it taken us so long? We’re watching these babies die, year after year after year,” Adams said on CBS. “No one seems to care.”

“Gun violence is a public health crisis, and we must treat it like one,” Cuomo wrote on Twitter. “This declaration will allow us to give the crisis the full attention & resources it deserves.”

Cuomo’s office didn’t respond to a request for comment from the Daily Caller News Foundation.

“Policing is a local government issue managed by the mayor, and Mr. Adams is right that it has taken too long to step up and take charge on the gun violence issue,” said Cuomo advisor Rich Azzopardi, according to the New York Post. “The governor is stepping in because too little has been done by the local leadership.”

“The governor mandated all local governments reform their police systems last year, and some made more progress than others,” Azzopardi said.

“I say that when [Touré] gets on the subway, he does not want to be pushed to the subway tracks, and he doesn’t want to be slashed,” Adams said in a CNN interview. “I say to him and others that if black lives really matter, then it means that we won’t have senseless gang violence in New York, Chicago, Atlanta.”

The former police officer has run on a pro-cop platform, promising to reinstate a plainclothes anti-crime unit that was disbanded in June 2020. Adams also said during an interview in May he’d carry a firearm in office if he won.

Russia Says Sputnik V Vaccine Does Not Cause Blood Clots