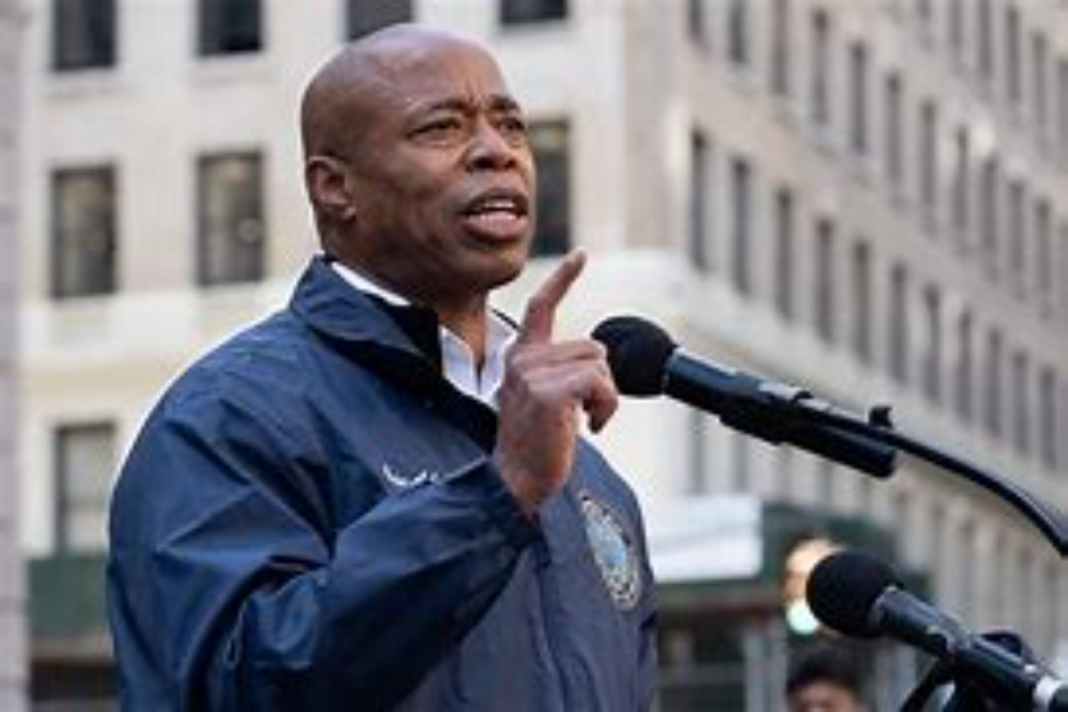 President Biden gave a speech this afternoon on the rising crime rate. Even the White House admits that in recent months “homicides rose 30 percent and gun assaults rose 8 percent in large cities.”

The timing is politically significant given the results of Tuesday’s New York City mayor’s primary. Crime and the Loony Left’s agenda were dominant issues.

Brooklyn Borough president Eric Adams, who spent 22 years as a cop, currently has a ten-point lead in the Democratic primary. Outstanding absentee ballots and NYC’s bizarre ranked-choice voting system will delay a final count until mid July. But Adams is the prohibitive favorite to win. Nathaniel Rakich at FiveThirtyEight says that Adams can start “measuring the drapes” at City Hall.

If he wins, it will be because he ran full tilt against defunding the police.

Starting in 1994, smarter policing under Mayors Rudy Giuliani and Michael Bloomberg made New York the safest big city in America. Those gains eroded under Mayor Bill de Blasio and accelerated last year with his weak response to riots, the elimination of bail, and the demonizing of the NYPD.

Adams ran full tilt against the leftist agenda of Wiley, a de Blasio appointee who is now in second place in the vote count.  He attacked her for wanting to slash NYPD’s budget and being open to the idea of taking their guns away.

He also called for lifting the cap on charter schools so the half of New York City students who fail basic proficiency tests would have a chance at a better education. He vowed to make better use of a law to get the mentally ill homeless to take the medications they need. He clashed with Governor Andrew Cuomo over how fast to end the city’s lockdown and get people back to work.

The Whtie House is paying attention to the voter’s embrace of Adams. As Axios warns:“Democrats, in private and public, are warning that rising crime — and the old and new progressive calls to defund the police — represent the single biggest threat to their electoral chances in 2022.”

Despite the political wake-up call, I don’t think Biden will be able to contain the radical anti-police agenda of his progressive supporters.

Afghan Commander blame Biden ‘Betrayal’ for the collapse of the Army...

Rachel Maddow Says Trump Has Blood On His Hands For Covering...

Rylee McCollum: Marine whose wife is expecting a baby in 3...