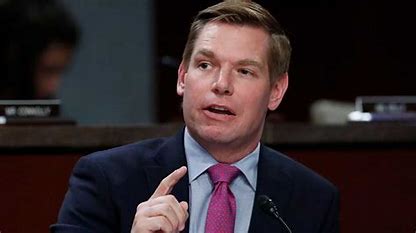 Democratic Rep. Eric Swalwell of California claimed during a Thursday evening MSNBC appearance that outrage over the Federal Bureau of Investigation’s Monday raid on Mar-a-Lago led to a standoff with a gunman who allegedly tried to break into an FBI office in Cincinnati.

“In the last 48 hours since the FBI searched Donald Trump’s home, you can draw a direct line from what Kevin McCarthy, Steve Scalise, Marjorie Taylor Greene, Lindsey Graham all said, threats against law enforcement the lies that they told about law enforcement and what this individual posted online before he took up arms against the FBI,” Swalwell told “ReidOut” guest host Jason Johnson.

A man armed with a rifle reportedly tried to break into a FBI facility in Cincinnati, but fled when confronted by law enforcement officers, who later killed him after a standoff. Swalwell also claimed that Republican party was “pro-coup,” citing the criticism of the raid.

Swalwell, an outspoken advocate of gun control, went on to claim that threats against him justified his push for more legislation to regulate firearms.

“Calling me and threatening to kill my family, and often times I get these calls around my position on gun safety legislation, you have proven to me and the world why we need to be more scrutinizing about who can purchase firearms,” Swalwell said.

The Republican National Committee did not immediately respond to a request for comment from the Daily Caller News Foundation.

The House Passes the America COMPETES Act, Including Immigration Reforms to...