Home Politics Ethiopia: The country in the edge of Civil War 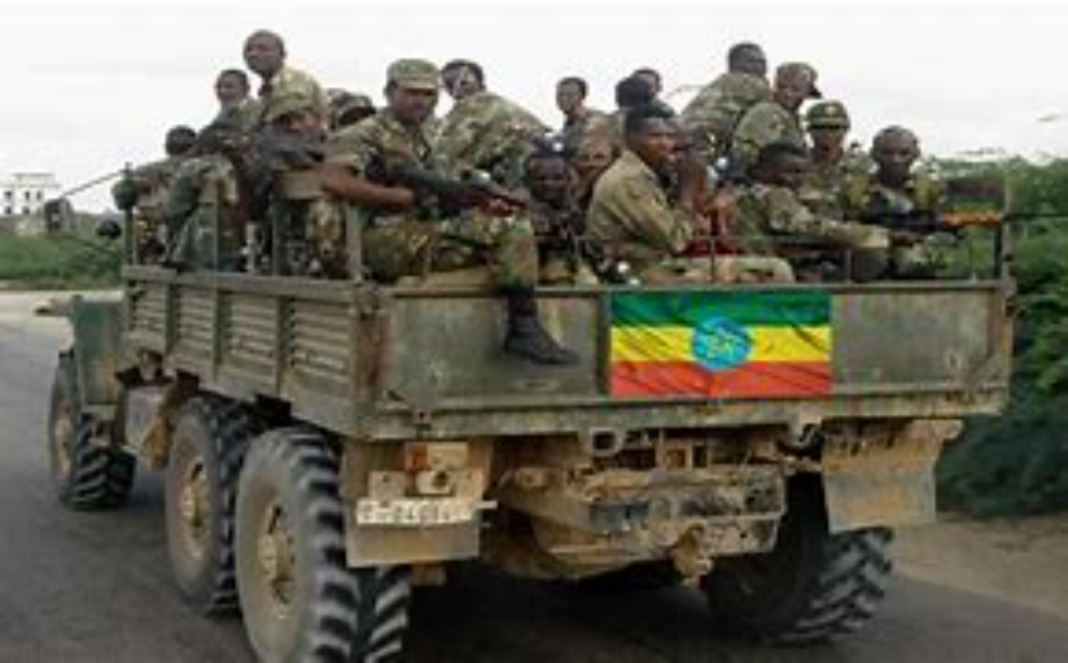 Arminka Helić is a member of the British House of Lords and served as special adviser to Foreign Secretary William Hague from 2010 to 2014.

Ethiopian Prime Minister Abiy Ahmed recently said that his country is “facing an enemy which is the cancer of Ethiopia.” He drew a chilling distinction between Tigrayan Ethiopians and others in the country, describing “the children of Ethiopia” as “wheat” and his Tigrayan opponents as “invasive weeds,” who “must be uprooted in a manner that will never grow again.”

Thirty years ago, in the country of my birth, Yugoslavia, similar dehumanizing language was a prelude to ethnic cleansing and genocide. No two countries or conflicts are the same. But the parallels with Yugoslavia make me fearful for the people of Ethiopia: for those suffering violence, and for those in whose name it is being carried out.

Like Ethiopia today, Yugoslavia was a large, multiethnic state with a recent history of dictatorship, going through a period of political change. Attempts to turn Yugoslavia into a Greater Serbia (and some of it into a Greater Croatia) by force failed — but only after four years of war, genocide and the disintegration of the country. Thirty years on, I look at Ethiopia and fear that history could repeat itself.

The war in Yugoslavia began slowly, but deliberately. Politicians whipped up nationalism to drive their careers, and embraced war and genocide to “protect” their people as the ultimate expression of that nationalism. The machinery of a federal Yugoslav state was turned against a section of the population who were deemed “wrong,” and the armed forces were used to kill the very people they were meant to protect.

Fighting began in one region and spread to others. Atrocities fueled further atrocities. The international community, initially silent, eventually stepped in and froze the war — but only after they had proved at best incapable, at worst actively harmful, throughout the preceding four years. Yugoslavia disintegrated into five nations. Today, after further conflict, the region is made up of seven nations — and it is still riven by tension and nationalist aspirations.

There has now been fighting in Tigray for nine months. In that time, we have heard horrific reports of atrocities, massacres, looting and systematic sexual violence. Humanitarian aid access is deliberately impeded, and there are signs that hunger is being purposefully inflicted as a weapon to starve Tigrayans into submission.

Abiy’s words are a warning that the conflict could yet get worse. They incite Ethiopians to turn against Tigrayans — “to uproot them.” He targets his invective at a “junta,” but his language of wheat and weeds appears to cast all Tigrayans as inferior.

He knows what he is suggesting is brutal: He says “Even though we are united as to our end, there may be arguments about the means.” But he is determined: “The children of Ethiopia have identified their enemy. And they know what to do. And they will do it.” The military operation in Tigray is no longer being presented as just a police operation, but as a whole-nation effort to eliminate a mortal threat — a threat defined on the basis of ethnicity.

Just as fighting in Yugoslavia spread to encompass the different nations that made up the state, so are there signs of Ethiopia’s other regions and its neighbors being drawn in to the conflict there. Eritrean soldiers and Amhara ethnic militias have been active in Tigray throughout the conflict, possibly committing some of the worst atrocities, and the Tigray Defence Forces have spoken of taking the fight to them in Eritrea and Amhara.

Tigrayan forces recently entered the neighboring region of Afar, with the stated intention of “degrading enemy fighting capabilities.” As Yugoslavia showed, once war begins, it becomes increasingly hard to contain. Your enemy is your enemy, wherever they are. Much of the conflict in Yugoslavia stemmed from jockeying for power in a collapsing nation. In Ethiopia, sporadic interethnic violence is not unknown. It is not hard to imagine the war in Tigray, and the weakening of the central state it is causing, opening a space for further conflict.

In the 1990s, as Yugoslavia was torn apart, Western nations proved unwilling to act until it was too late. In Ethiopia today, we can see signs of the same inaction. The country’s size and importance — the reason why conflict there could be so devastating — is holding us back, with governments, including ours in the United Kingdom, seemingly averse to the risk of damaging trade ties or relations with an important partner and regional lynchpin.

Likewise, the African Union has not been able to speak or act as effectively as the crisis deserves: Its headquarters are in Addis Ababa, and Ethiopia holds considerable sway on crucial bodies like the Peace and Security Council. Vestigial memories of Abiy’s Nobel Peace Prize from only two years ago may still cause some people to hope that there will be a peaceful resolution.

But when a prime minister speaks of his opponents as weeds and cancer, when rape and famine are deployed as weapons, and when a nation seems to be on a path that could lead to collapse, it is not possible to maintain normal relations. Our government and the international community should set aside, for now, the pursuit of deeper trade links with the Abiy government and accept that the hard work of conflict diplomacy is required.

We should support the African Union, and should seek to forge a common position behind them with the United States and the European Union, in order to help the different warring parties toward peace — and pull Ethiopia back from the brink. We should be prepared to use sanctions to back up that diplomacy, if it does not produce results — as the U.S. has already done.

The war in Yugoslavia began with speeches, political disputes and minor clashes. It continued, and grew, in part because of international inaction. It is time for the international community to step up and mount a more concerted diplomatic effort to secure peace in Ethiopia. It is never too late to learn the lessons of history.