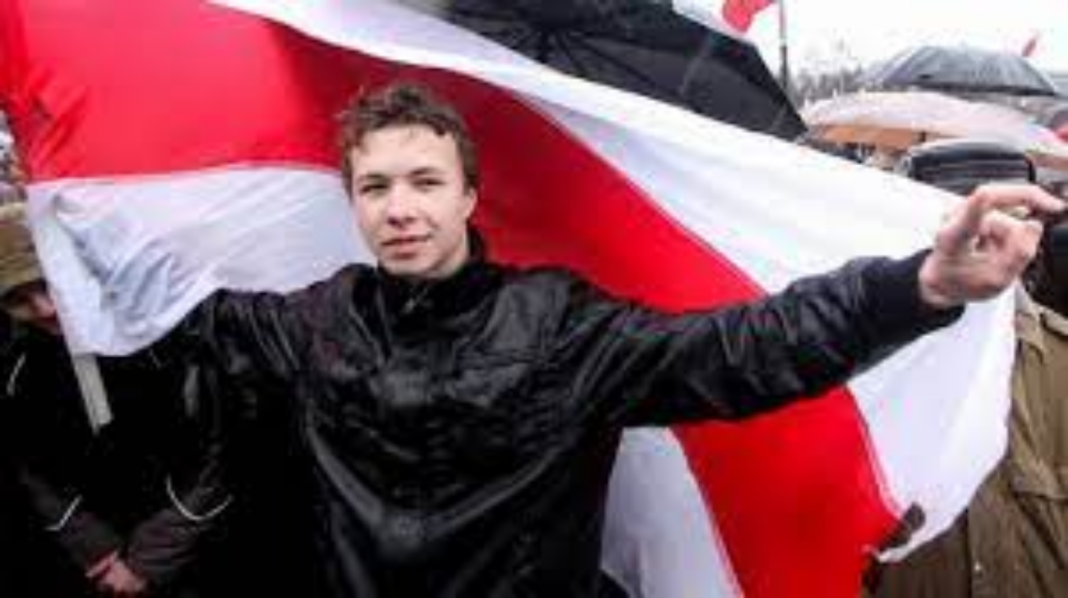 A defiant President Lukashenko will address Belarus’ parliament Wednesday as international pressure over the country’s diversion of an airliner in order to arrest a dissident grows, with the UN Security Council set to meet behind closed doors later.

The speech to parliament will be the first time the Belarusian leader has spoken in public since Sunday’s rerouting of a Ryanair flight to Minsk and the subsequent arrest of opposition journalist Roman Protasevich.

After weathering a wave of protests and Western sanctions last year, Lukashenko is facing renewed pressure over the incident, with Western leaders demanding Protasevich’s release, and the European Union cutting air links with the increasingly isolated nation.

But a diplomat told AFP it was unlikely the Security Council would agree on a collective statement at Wednesday’s meeting, because Belarus’ unwavering supporter Russia was expected to be in opposition.

Moscow has dismissed the outrage over the arrest, saying Belarus was acting reasonably and within the law when the plane was diverted.

The Belarusian transport ministry on Tuesday released a transcript of communications between Minsk air traffic control and the Ryanair flight, in which the crew was told “you have a bomb on board” and urged it to land in Minsk.

The claim of a genuine bomb scare has been dismissed by Western leaders.

‘They’re going to kill him’

Speaking to AFP on Tuesday, Protasevich’s mother said she had not slept since her son and his Russian girlfriend Sofia Sapega were arrested after the Athens-to-Vilnius flight landed in Minsk.

“I’m asking, I’m begging, I’m calling on the whole international community to save him,” Natalia Protasevich said, weeping. “They’re going to kill him in there!”

Protasevich, 26, was a co-founder of the Nexta Telegram channel, which helped organise the protests last year that were the biggest challenge to Lukashenko’s long rule.

He had been living between Poland and Lithuania.

His parents said they think their son might now be in a detention centre run by the secret service, still known as the KGB.

“The lawyer tried to see him today but she was turned down, she could not see him. We still don’t know if he is in there, what his condition is, how he is feeling,” said his father Dmitry.

A 30-second video of Protasevich was broadcast by state television late Monday, in which he confirmed that he was in prison in Minsk and “confessed” to charges of organising mass unrest.

With dark markings visible on his forehead, he said he was being treated “according to the law”.

But Dmitry told AFP it appeared that his son had been harmed.

“He would never speak like that. Those were not his words… he was reading something out that he was told to read out,” he said.

Opposition leader Svetlana Tikhanovskaya urged the international community to do more in a call with US National Security Advisor Jake Sullivan.

“This is the time to act,” she said. “Suspension of flights over Belarus doesn’t solve the real problem. The problem is the terrorist regime that rigged elections last year.”

US President Joe Biden, who is scheduled to meet with Putin in June, said Washington was looking at “appropriate options to hold accountable those responsible”.

French President Emmanuel Macron said Tuesday the EU must “profoundly redefine” its relationship with Russia and Belarus because “we are at the limits of sanctions policy”, whilst German Foreign Minister Heiko Maas warned that Lukashenko would pay “a bitter price” for the “heinous” flight diversion.

The UN rights office and British Prime Minister Boris Johnson joined calls for Protasevich to be released, and Canadian Prime Minister Justin Trudeau said he would “strongly support action through all available international institutions”, including NATO.

The European Union has agreed to ban Belarusian airlines from the bloc and called on EU-based carriers not to fly over its airspace.

Lukashenko and his allies are already under a series of Western sanctions over the brutal crackdown on the protests that followed his disputed re-election to a sixth term last August.

EU leaders on Monday warned they would adopt further “targeted economic sanctions” against the Belarusian authorities to add to the 88 regime figures and seven companies on a blacklist.

The protests lasted for months with tens of thousands taking to the streets to denounce Lukashenko, who has ruled Belarus with an iron fist for over two decades.

The demonstrations were brutally quashed and thousands were detained — many of whom reported torture and abuse in custody.

Many protest leaders — including Tikhanovskaya who claimed victory in the August vote — fled the country, and the demonstrations have dwindled.

In Minsk, many welcomed the European flight bans, saying Belarusians were largely unable to travel anyway and more pressure was needed for change.

Argentina President Fernandez: “I am a Europeanist. I am someone who...

Bruce Springsteen: The Real Problem with the Super Bowl Ad