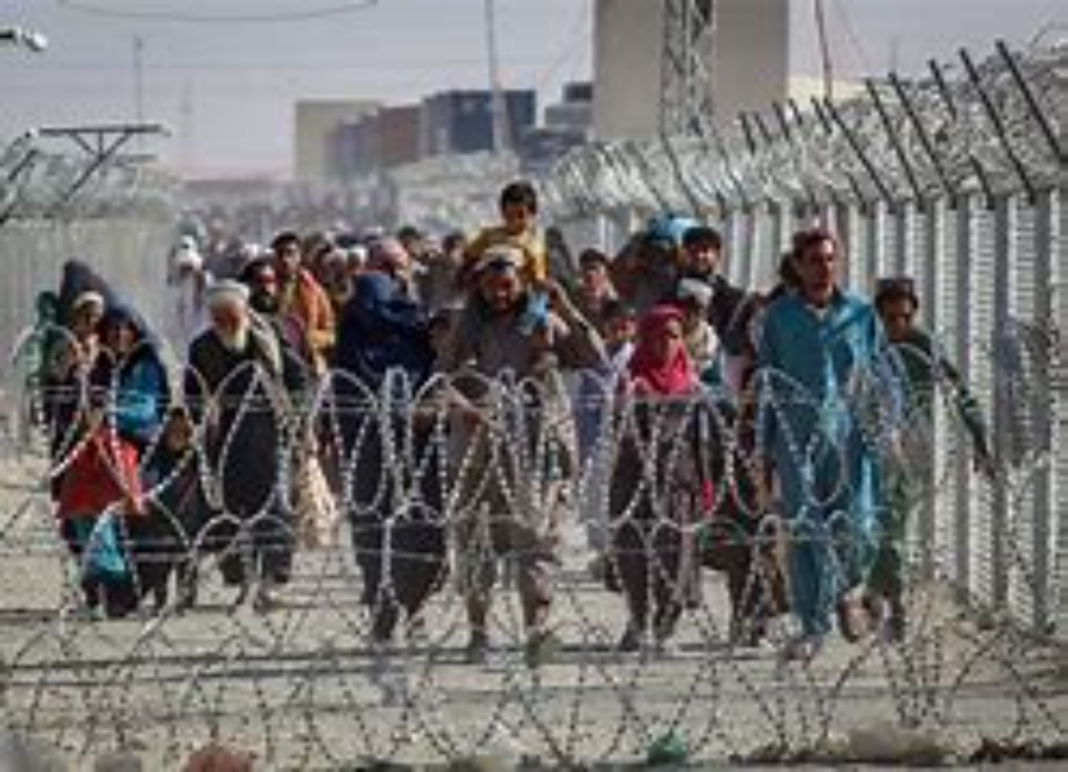 In a closing statement following a meeting in Brussels, the ministers said the EU and its 27 nations “stand determined to act jointly to prevent the recurrence of uncontrolled large-scale illegal migration movements faced in the past, by preparing a coordinated and orderly response.”

European Commissioner for Home Affairs Ylva Johansson said “the best way to prevent a migratory crisis is to prevent a humanitarian crisis.”

The ministers said the EU should boost its support to countries around Afghanistan “to ensure that those in need receive adequate protection, primarily in the region.”

The meeting came the day after the last U.S. forces flew out of Kabul’s international airport, ending America’s longest war.

The EU is looking for ways to prevent a repeat of a 2015 refugee crisis fueled by Syria’s civil war. The arrival in Europe of well over a million migrants that year led to infighting among EU nations over how best to manage the influx. A new wave of migrants from Afghanistan is likely to exacerbate those tensions.

Austrian Chancellor Sebastian Kurz made clear that his country wouldn’t back a system for distributing refugees from Afghanistan across the EU. Asked about proposals for all EU countries to share the burden of taking in refugees, Kurz told reporters in Berlin that Austria had already taken in a “bigger than proportionate share” of migrants since 2015.

Austria already has the fourth-largest Afghan community worldwide, he said before a meeting with German Chancellor Angela Merkel.

Merkel said, for her government, the focus now is on how to help between 10,000 and 40,000 Afghans who are entitled to come to Germany with their close family members because they had worked for the German military or aid organizations.

“We need to see how many actually want to leave the country and how many don’t,” she said. “That will depend very much on the circumstances the Taliban create.”

Johansson plans to convene a meeting next month to discuss resettlement efforts, but she said it was too early to forecast numbers of people who could need resettlement.

The EU ministers also stressed the need to ensure that Afghanistan does not once again become a haven for terrorists.

“The EU will use all its available tools to closely monitor and respond to developments on the ground that might impact its security, in particular in the area of organized crime and terrorism, including its financing,” their statement said.

Still, accommodating Afghans in countries close to their homeland will be difficult.

Rights groups were critical of the EU’s focus on accommodating migrants close to Afghanistan.

Amnesty International said in a letter to Johansson that the EU and its nations “must refrain from extremely damaging responses that put emphasis on keeping the EU’s border ‘protected’ and proposing or adopting measures that shift the responsibility for the protection of refugees to third countries.”

The human rights group said the EU should give Afghans who reach Europe “access to the territory and to fair and effective asylum procedures and adequate reception conditions” and also consider all Afghan women and girls as “prima facie refugees” due to the risks they face in Afghanistan.

American forces helped evacuate over 120,000 U.S. citizens, foreigners and Afghans after the Taliban regained control of the country, according to the White House. Coalition forces also evacuated their citizens and Afghans. But both foreign nations and the U.S. government acknowledged they didn’t evacuate all who wanted to go.

According to some EU estimates, around 570,000 Afghans have applied for asylum in Europe since 2015.

Asylum applications by Afghans have climbed by a third since February as it became clear that the United States would pull its troops out of Afghanistan. More than 4,648 applications were recorded in May. About half of the applications tend to be successful.

Standing up for Democracy and Human Rights everywhere is essential for...