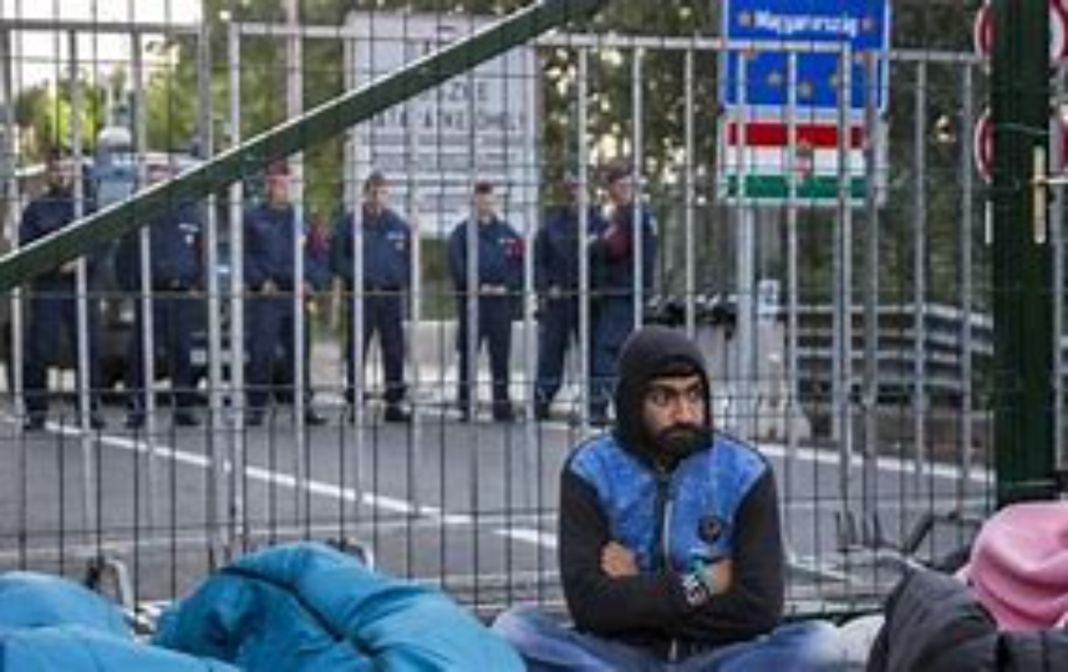 Hundred of migrants and refugees from Africa and Asia live in an abandoned farm in Kárásztanya on the Serbian side of the border with Hungary.

The men, women and children include many from Afghanistan who say they were forced to flee the Taliban.

Each day they try to scale the nearby border fence with ladders to try to cross into the European Union.

To survive, they drink rainwater from a well, eat corn and apples, and burn plastic and other waste materials to avoid freezing.

In recent years, drinking water and electricity have been installed near the Hungarian border, helping those who spend weeks, sometimes even months, in limbo.

Protection of Hungary’s southern border is set to increase, making the challenge perhaps even more difficult.

On Tuesday, the Czech Republic agreed to send 50 police officers to Hungary and Slovenia to help out with border patrols.

Hungary completed its border fence with Serbia, to prevent migrants from crossing, in 2017.