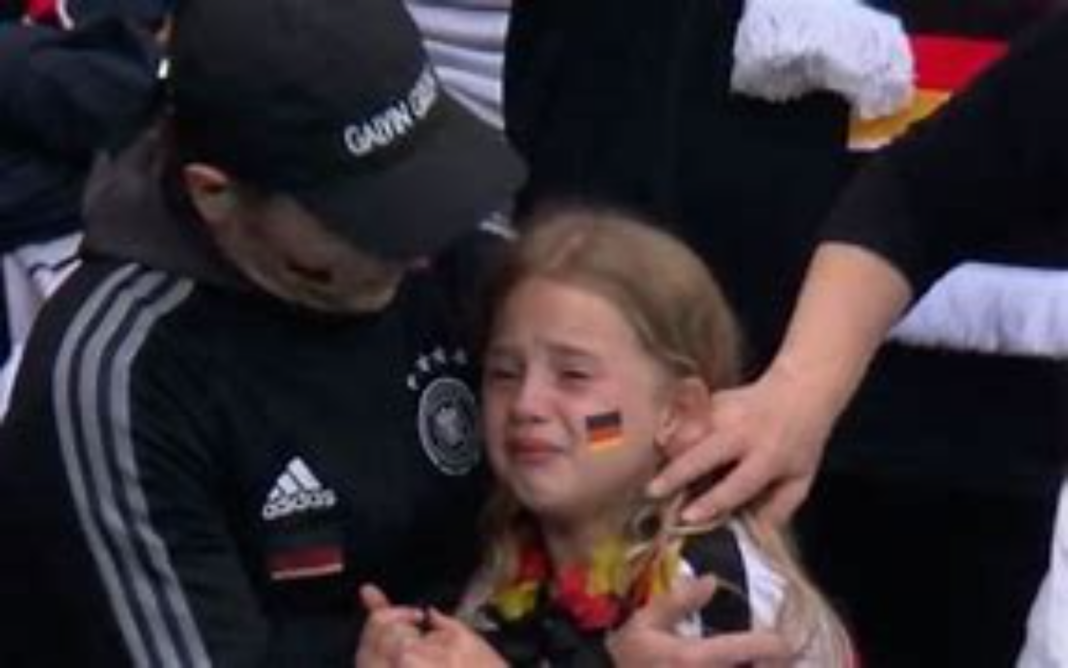 Joel Hughes said the girl was the subject of online abuse after she was pictured crying on television and the big screen at the stadium. He said he hopes his funds will help counter the “unsavory element of social media.”

Hughes initially set a target of £500, but his crowdfunding project quickly exceeded the sum.

“I’d like to think that the parents of the little girl will spend this on a nice treat for her so that she knows that not everyone from the UK is horrible and that we care,” Hughes posted on his crowdfunding page at justgiving.com.

He said he doesn’t know the girl’s identity yet but hopes “social media can sort that out.”