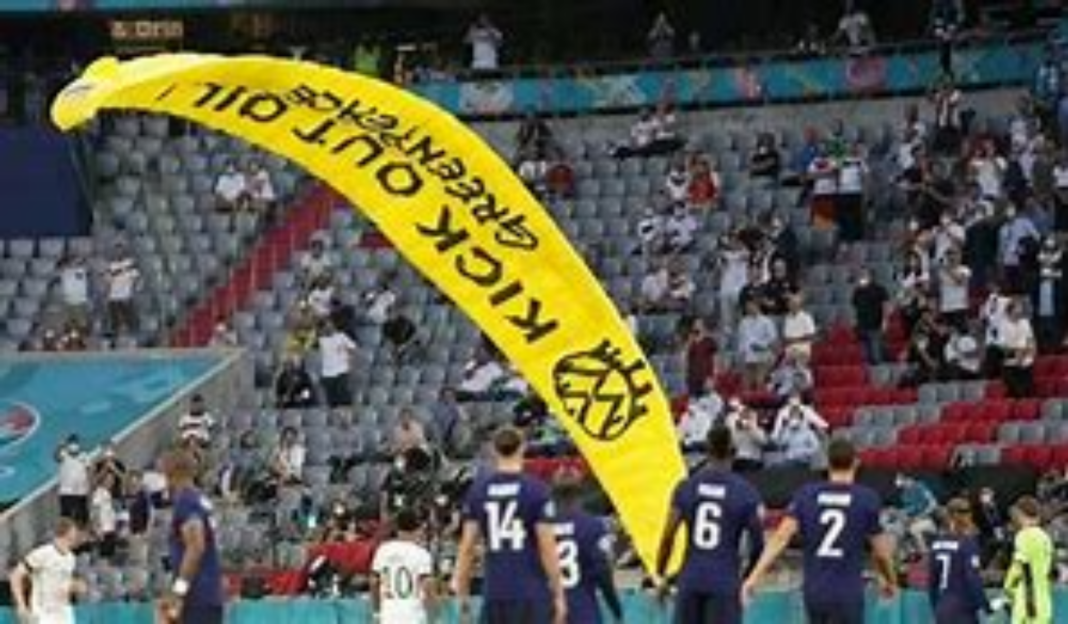 Munich police are investigating after a protester parachuted onto the pitch just as Tuesday’s Euro 2020 match between Germany and France was about to kick off.

Two people were injured after the activist lost control of the motor-powered paraglider and had to perform an emergency landing.

Police said they had “no understanding whatsoever for such irresponsible actions, in which there was a considerable endangerment of human life.”

Why did the Greenpeace activist crash?

Greenpeace spokesperson Benjamin Stephan said the paraglider was supposed to fly over the stadium and drop a latex ball with a message of protest onto the field.

The parachutist came in at a steep angle and appeared to clip a cable when entering the stadium. He struggled to gain control before landing heavily at the far end of the pitch where players were waiting to start the Group F match.

The parachute bore the words “Kick out oil” to protest tournament sponsorVolkswagen. Greenpeace apologized, saying it was “never our intention to disrupt the game or cause injury. We hope that no one is seriously injured.”

What was the reaction to the protest

“This inconsiderate act, which could have had very serious consequences for a huge number of people attending, caused injuries to several people attending the game who are now in hospital and law authorities will take the necessary action,” UEFA said in a statement.

Police refrained from deploying snipers because of the Greenpeace logo on the parachute, according to Bavarian Interior Minister Joachim Herrmann.

The stadium in Munich is in the southern German state of Bavaria. State Premier Markus Söder told local radio that authorities are taking the incident seriously. “This will be dealt with carefully,” Söder said. “This is a clear violation. This is not a trivial offense.”

No, we would never have told Zuckerberg to bury the Hunter...