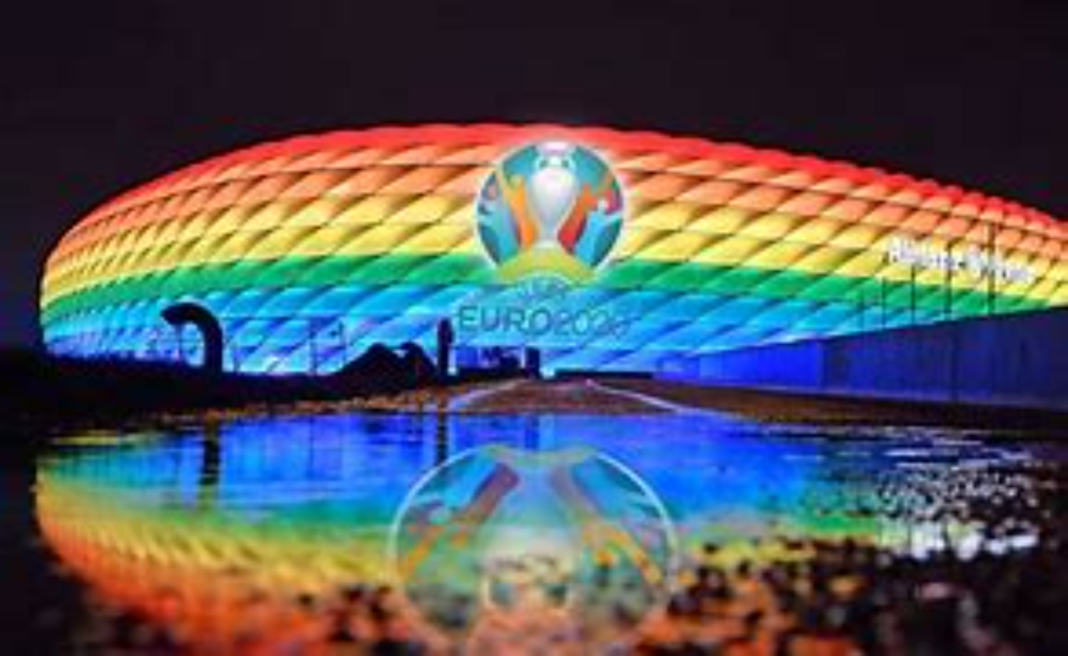 BERLIN — German politicians on Tuesday expressed disappointment at a decision by European football’s governing body to turn down a request from the city of Munich to light up its football stadium in rainbow colors during the Euro 2020 match between Germany and Hungary on Wednesday.

“It’s a shame that the Munich arena is not allowed to shine in rainbow colors. That would have been a very good sign of tolerance and freedom. We have to stand up against exclusion and discrimination,” Bavarian state premier Markus Söder tweeted in reaction.

German Europe Minister Michael Roth wrote on Twitter: “UEFA does not want rainbow colors on the stadium in Munich? Bitter, but expected. Then the fans in the arena will have to show the [rainbow] flag. Show a sign for diversity and solidarity with LGBTI in Hungary and everywhere in Europe! LGBTI rights are human rights!”

Munich city council had asked for permission to light up the stadium in rainbow colors “as a sign of tolerance and cosmopolitanism,” days after the Hungarian parliament approved a law banning the portrayal of homosexuality to minors.

But in a statement on Tuesday, UEFA said: “Given the political context of this specific request — a message aiming at a decision taken by the Hungarian national parliament — UEFA must decline this request.”

It also suggested alternative dates on which the stadium could be illuminated.

The stadium lights ruckus followed an outcry at the weekend when German goalkeeper and captain Manuel Neuer was investigated by UEFA for wearing a rainbow armband during a match against Portugal.

The UEFA probe concluded that the rainbow armband was “symbol of diversity and thus a good cause” and Neuer was not punished.

On Monday, after rumors circulated that UEFA was going to ban the rainbow lights, other German cities announced that they would light up on Munich’s behalf.

“If Munich is not allowed on Wednesday, then other stadiums in the country have to show their colors. Up now, colleagues in the league! [Frankfurt football stadium] will switch to the rainbow for the game against Hungary,” said Eintracht Frankfurt spokesman Axel Hellmann.

Thomas Hitzlsperger, a former German international who came out as gay after he retired in 2013, said on Twitter that UEFA should not “be offended” by the rainbow flag. “Think about those who still get discriminated. They need support.”

In Hungary, the reaction was very different.

“Thank God that in the circles of European football leadership common sense still prevails and they did not play along with the political provocation,” said Hungarian Foreign Minister Péter Szijjártó, according to Reuters. “UEFA made the right decision.”

A history lesson regarding the Dallas Mavericks and the National Anthem