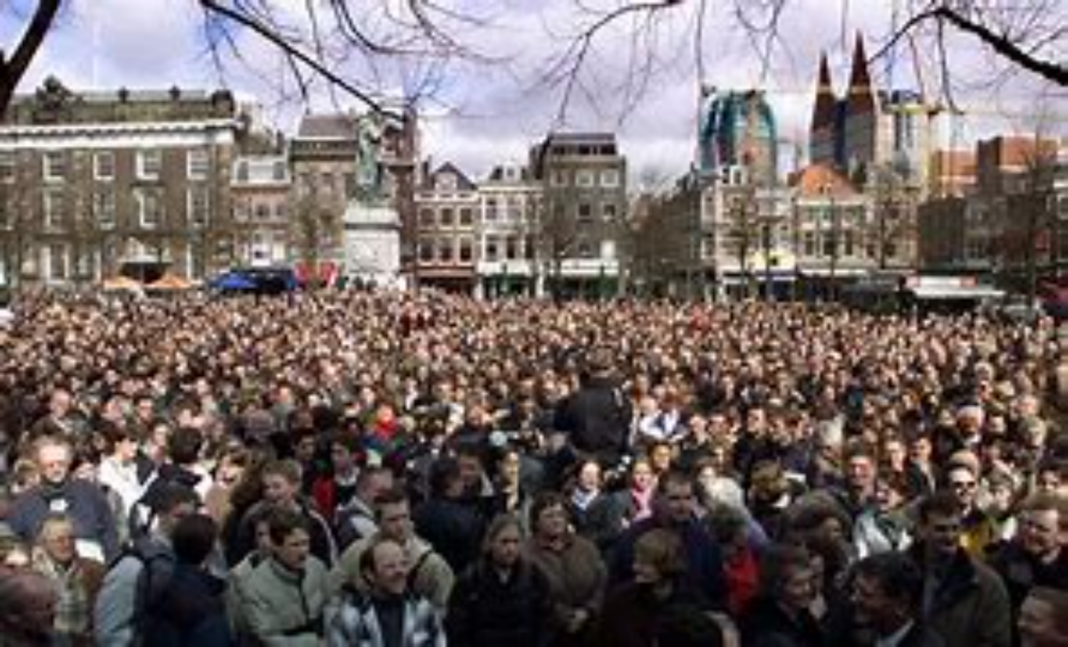 Dutch euthanasia enthusiasts always pretend that doctors there commit homicide by lethal injection “only as a last resort” when nothing else can be done to eliminate “unbearable suffering.” What a pile of manure!

As I have been documenting over the past 28 years (!), euthanasia in the Netherlands has metastasized from killing the terminally ill, to the chronically ill, to people with disabilities, to the elderly, to people with dementia, to the mentally ill, to children of any age, and babies born with serious disablities. Yes, under the bureaucratic “Groningen Protocol,” Dutch doctors commit infanticide.

The latest apologia is published in JAMA Internal Medicine in response to an article demonstrating that the “slippery slope” in the Netherlands is very real. (Me, not a slippery slope. Facts on the ground.) Three Dutch doctors respond that “the slippery slope is nonexistent.” Good grief. From their letter:

According to the due care requirements, the patient’s request should not only be voluntary, but also well considered. This again pinpoints narrative ethics that enable patients’ clear insight into illness to make careful assessment of their story based on sufficient information provided by the physician.

Oh, please. Here’s a recent example of a so-called “emergency situation” (hit the links for greater details). A dementia patient had indicated she would want euthanasia, but she wanted to decide when. After becoming incompetent, she never asked to be killed. Moreover, when the doctor brought it up, she repeatedly said no.

So what happened? Her doctor drugged the patient — and when she woke up and resisted the lethal jab, she had the family hold her down so the killing could be completed! How a woman who clearly fought to live — and indeed, who, according to the killing doctor, said no three times — was experiencing “unbearable suffering” is beyond me.

The response of the courts? Praise for the doctor. And then, the government expanded legal euthanasia practice to include drugging dementia patients and killing them when the doctor wants — even if the patient does not agree as to time and method — if the patient had asked for euthanasia in an advance directive.

That’s what always happen when Dutch doctors push beyond the supposed strict boundaries. The boundaries are just erased. In fact, prosecutions of euthanasia doctors who violate guidlines are very rare and never significantly punished. I don’t know of any doctor who violated the euthanasia law who ever went to jail, or indeed, was even suspended from practicing medicine. A nurse who euthanized a patient — nurses aren’t allowed to do that — did only two months.

I could go — and have gone —  into example after example of the “nonexistent slippery slope.” But I will allow psychiatrist Boudewijn Chabot  to explain. Who is he? A euthanasia advocate who assisted the suicide of a woman who asked to die because her children were both deceased. The Dutch Supreme Court applauded.

But now, Chabot thinks things have, shall we say, gotten out of hand. Here is what he wrote, as I reported in this Corner post:

Where did the Euthanasia Law go off the tracks? The euthanasia practice is running amok because the legal requirements which doctors can reasonably apply in the context of physically ill people, are being declared equally applicable without limitation in the context of vulnerable patients with incurable brain diseases.

In psychiatry, an essential limitation disappeared when the existence of a treatment relationship was no longer required. In the case of dementia, such a restriction disappeared by making the written advance request equivalent to an actual oral request.

And lastly, it really went off the tracks when the review committee concealed that incapacitated people were surreptitiously killed.

As I wrote previously, it was all so predictable. Heck, I predicted it.

Euthanasia consciousness changes mindsets. It alters societal morality. It distorts our views of the importance of vulnerable lives. It leads to abandonment and various forms of subtle and blatant coercion.

Over time, it can’t be controlled. But sophists, such as the three Dutch death-doctor correspondents, point to the dry wording of statutes rather than grapple with the reality of the killing going on.