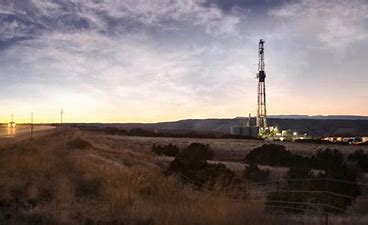 It was entirely predictable that the unhealthy dependence of some EU countries on Russian natural gas was something that Vladimir Putin might try to exploit. It was so predictable, indeed, that, in making his decision whether to attack Ukraine, Putin probably calculated that the fear of an interruption in Russian gas supplies might limit the European response to an invasion. So far, it’s fair to say that Europe’s reaction has been more robust than he might have expected, particularly in Germany, but we are, I suspect, only in the early stages of what may be a long struggle.

It was also entirely predictable that climate warriors in the media would take aim at those in the oil and gas sector who made the case that the best way to break this unhealthy dependence is to expand oil and gas production in the U.S., Europe, and elsewhere in the West, an argument so obviously correct that it had to be trashed.

The other day, I mentioned a piece in the New York Times, which began “Russian troops hadn’t yet begun their full-on assault on Ukraine late Wednesday when the rallying cry came from the American oil and gas industry.”

Now we have this from Ari Natter and Jennifer A Dlouhy at Bloomberg:

The U.S oil and gas industry is seizing on the market turmoil sparked by Russia’s invasion of Ukraine to demand the Biden administration take steps to encourage more drilling.

Environmentalists dismissed the efforts as a ploy.

“This is the industry trying to take incredibly cynical advantage of a really tragic situation,” said Collin Rees, U.S. program manager for the environmental group Oil Change International. “It makes it all the more clear we need to break our dependence on fossil fuels around the world and that means more distributed renewables.”

That Putin might have been trying to take “incredibly cynical advantage” of an energy dependency that they (those environmentalists) have played a part in creating is either something they have failed to understand or wish to ignore. Building more renewables is all very well (if we avoid asking awkward questions about the extent to which the technology is ready for prime time), but it will take quite a long time before renewable energy can provide a solid basis for energy independence, and — in case no one has noticed — the Russians are in Ukraine now. Expanding Western fossil-fuel production to the degree needed won’t be an overnight operation, either, but it remains the quickest route away from having to rely on Putin.

Nuclear power could be another element in the equation (although, again, expanding the amount of nuclear energy on tap is going to take quite some time), but:

The phenomenon [“seizing”] isn’t unique to oil. Jeremy Harrell, the chairman of the U.S. Nuclear Industry Council, extolled the virtues of nuclear power in an op-ed published on the eve of Russia’s invasion.

“In the midst of these dynamics, nuclear energy looks really appealing,” Harrell said, as he cited unstable oil and gas markets caused by the military tensions. “A new generation of American advanced reactors will make immense contributions to global security, U.S. economic growth, and climate action if we let them.”

Edwin Lyman, the director of nuclear power safety for the Union of Concerned Scientists, dismissed the piece as “shameless opportunism.”

Anti-Federalism: Allowed California to be California and Texas to be Texas