Roce Today – Politics, Opinions, Gun Rights,Pro-Life and Border Wall
Home Border Wall Exploring how and why so many migrants are crossing the southern border 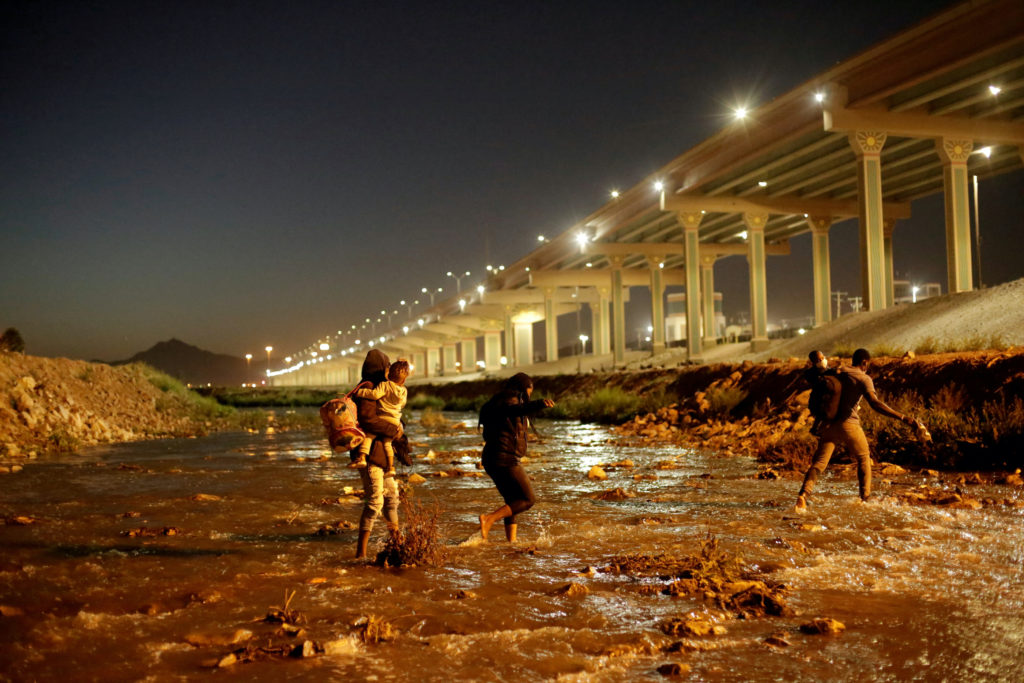 As the sun goes down over Juarez, this group has just made their way from Mexico into the United States. After crossing the river and climbing the banks, they quickly scale the wall.

From our vantage point, they disappear among the trains on the other side.

We have come to this place that we have heard from local sources the number of border crossings has been going up in recent weeks. Sure enough, that crossing that we just witnessed happened in a matter of minutes.

What’s really remarkable, though, is that this was an area that was patrolled by Mexican National Guard just a few minutes ago. And there’s a U.S. Customs and Border Protection truck about 100 yards down that way.

At this location, the distance from one nation to the next is a matter of feet, separated by a shallow, narrow stretch of the Rio Grande River. The pedestrian bridge linking the U.S. and Mexico is mere minutes away, but without documents to enter, they’d be turned back before setting foot on American soil.

Crossing here means they’re likely to get picked up by Border Patrol, and can then make a case to stay in the U.S.

On the Juarez side, people are milling about in these evening hours. A park nearby draws parents and children. On the El Paso side, Border Patrol cars regularly scout the area. Still, very soon, we see another crossing at a point further down the banks, this time, a group that looks like four adults, one carrying a baby in his arms.

They climb up the U.S. side, jogging for a moment, then walking along the wall and out of our sight. Soon after, 50 yards the other direction, a group that looks like four teenage boys. Not long after that, what looks like a mother and daughter. They wade carefully through the water, but the mother struggles to make it up the steep incline. The girl reaches back to help her up.

Eventually, they reach the top, and continue walking, hand in hand on their way.

I have to tell you, this is an incredibly long stretch of land. The families and groups seem to come out of nowhere, and then make their way quickly across. We did try to ask some of them as they were crossing where they were from. We did not get an answer. So we don’t know much about the families, but we do now they have made their way into the United States.

The vast majority of people apprehended crossing the border right now are being turned back around to Mexico under a pandemic-related rule called Title 42. But the Biden administration is not turning away unaccompanied minors, and border agents are making exceptions for some families.

U.S. officials say they are seeing high rates of recidivism, the same people attempting to cross again and again.

Ruben Garcia, who has worked in migrant services in the area for over 40 years, says the rule keeping people out could also be fueling the current increase in unaccompanied minors.

The America First Caucus is All Trump