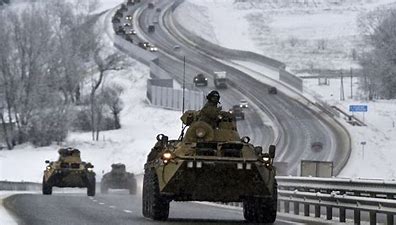 Russian President Putin’s plans in Ukraine have been completely derailed by a strong, determined defense by the Ukraine Army and civilian militias.

“Every day it has become clear that President Putin gravely miscalculated,” Price told MSNBC’s Jonathan Capehart on Sunday. “Now three weeks in we have seen Russian forces in many areas stalled, we have seen convoys unable to make significant progress.”

Three weeks in and Russia still doesn’t have air superiority. Ukraine reportedly still has about 50 SU-25s and is flying sorties with them every day. The Ukrainian army is also having great success operating their TB2 Armed UAVs and destroying Russian equipment with them.

While the Russian Army has taken a few towns and pummeled Mariupol back to the stone age, the largest cities remain under Ukrainian control. With each town, port or airport that the Russian army does manage to take, they have to leave significant forces behind to maintain control or the Ukrainians will take it back. The Russian army doesn’t do well when overstretched.

Things are going so badly that Putin has put conscripts into front line combat, brought in Chechens, pulled in Syrians and had hoped to have units from Belarus engage in Western Ukraine. The Belarussian army has refused to engage and their equivalent of the U.S. Chairman of the Joint Chiefs resigned in protest a little over a week ago.

Side note: Here’s a great thread that starts to dig into what’s happening with the Russian Army

Putin May Be Getting Desperate

Oregon is failing to expand addiction treatment capacity in a strategic...

Inflation is not a “high class problem”, Please stop the ignorance