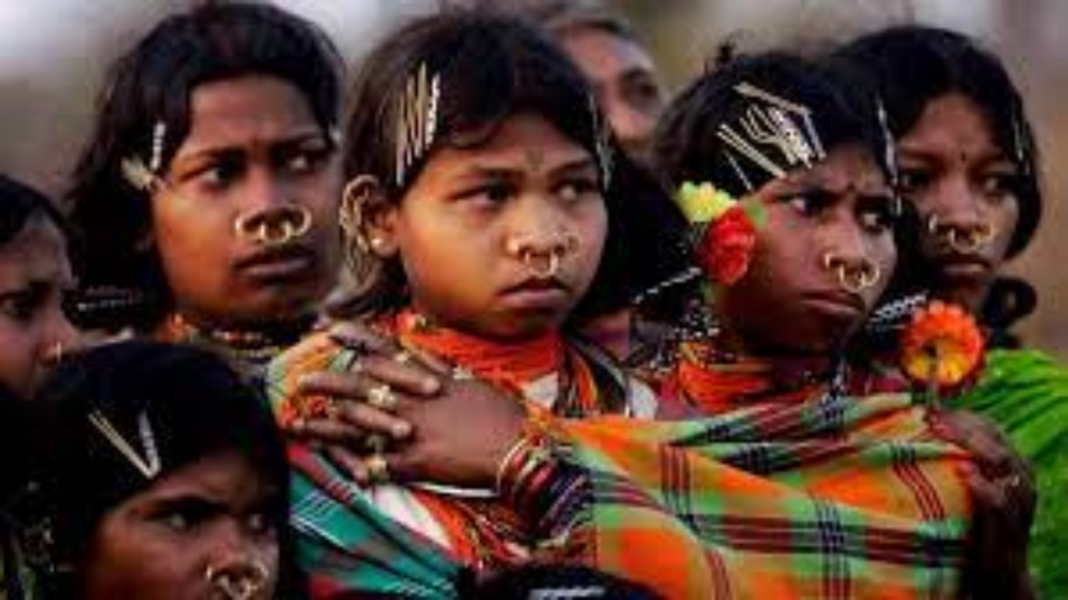 ALBUQUERQUE, N.M. (AP) — From Washington to Indigenous communities across the American Southwest, top government officials, family members and advocates gathered Wednesday as part of a call to action to address the ongoing problem of violence against Indigenous women and children.

U.S. Interior Secretary Deb Haaland and other federal officials commemorated the annual day of awareness as a caravan of female motorcycle riders planned to hit the streets in Phoenix, advocates took to social media, and families prepared for a night of candlelight and prayer vigils.

In Washington, an event hosted by federal officials started with a prayer asking for guidance and grace for the Indigenous families who have lost relatives and those who have been victims of violence. Before and after a moment of silence, officials from various agencies vowed to continue working with tribes to address the crisis.

As part of the ceremony, a red memorial shawl with the names of missing and slain Indigenous women was draped across a long table to remember the lives behind what Haaland called alarming and unacceptable statistics. More names were added to the shawl Wednesday.

Haaland, the first Native American to lead a U.S. cabinet agency and a former Democratic U.S. representative from New Mexico, recalled hearing families testify about searching for loved ones on their own and bringing a red ribbon skirt to a congressional hearing that represented missing and slain Native Americans.

Haaland displayed the red shawl in her office Wednesday to symbolize those who have disappeared and honor the movement that rang the alarm. She believes the nation has reached an inflection point, saying it’s time to solve the crisis.

“Everyone deserves to feel safe in their communities, but the missing and murdered Indigenous peoples crisis is one that Native communities have faced since the dawn of colonization,” she said as she joined the ceremony virtually. “For too long, this issue has been swept under the rug with the lack of urgency, attention and funding.”

U.S. Attorney General Merrick Garland also issued a statement, saying the Justice Department is “committed to finding lasting solutions to the public safety challenges tribal communities encounter and to protecting them from violence, abuse and exploitation.”

Indigenous women have been victimized at astonishing rates, with federal figures showing that they — along with non-Hispanic Black women — have experienced the highest homicide rates.

Yet an Associated Press investigation in 2018 found that nobody knows the precise number of cases of missing and murdered Native Americans nationwide because many go unreported, others aren’t well documented, and no government database specifically tracks them.

In New Mexico, members of the state’s task force on Wednesday shared some of the findings of their work over the past year, which included combing through public records and requesting data from nearly two dozen law enforcement agencies to better understand the scope of the problem.

Five agencies responded, noting that limited data showed there were an estimated 660 cases involving missing Indigenous people between 2014 and 2019 in the state’s largest urban center, putting Albuquerque among U.S. cities with the highest number of cases.

New Mexico’s task force will be expanded and its work extended into 2022, with the goal of recommending policy changes and legislation. Other states also have established task forces or commissions to focus on the problem.

President Joe Biden issued a proclamation Tuesday on Missing and Murdered Indigenous Persons Awareness Day. He has promised to bolster resources to address the crisis and better consult with tribes to hold perpetrators accountable and keep communities safe.

Haaland said that includes more staffing in a U.S. Bureau of Indian Affairs unit dedicated to solving cold cases and coordinating with Mexico and Canada to combat human trafficking.

The administration’s work will build on some of the initiatives started during former President Donald Trump’s tenure. That included a task force made up of the Interior Department, the Justice Department and other federal agencies to address violent crime in Indian Country.

Advocates have said a lack of resources, language barriers and complex jurisdictional issues have exacerbated efforts to locate those who are missing and solve other crimes in Indian Country. They also have pointed to the need for more culturally appropriate services and training for how to handle such cases.

Over the past year, advocacy groups also have reported that cases of domestic violence against Indigenous women and children and sexual assault increased as nonprofit groups and social workers scrambled to meet the added challenges that stemmed from the coronavirus pandemic.

Bryan Newland, principal assistant secretary for Indian Affairs at the Interior Department, said staffing at the Bureau of Indian Affairs unit will go from a team of 10 to more than 20 officers and special agents with administrative and support staff it previously didn’t have.

He also said the federal government has started distributing funding under the American Rescue Plan Act, including $60 million for public safety and law enforcement in Indian Country.

“We’re really looking to build upon many of the things that have been done, to expand them and bring focus to them,” Newland said.

Haaland on Tuesday told reporters that success would be measured by solving cold cases.

“Right now there are people in this country who don’t know where their loved ones are. They haven’t been found,” she said. “We want to be able to answer that question. We want to make sure that folks can have some closure about their missing loved ones.”