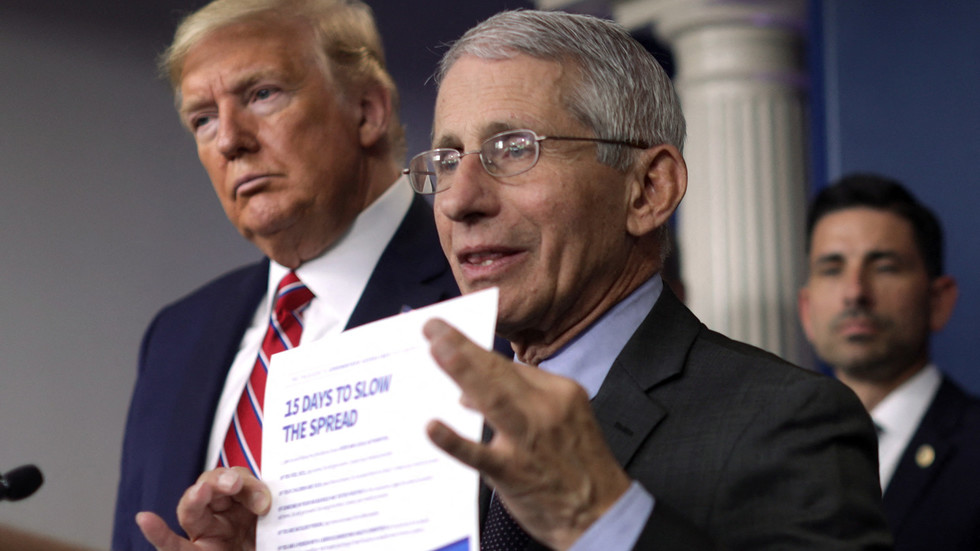 Dr. Anthony Fauci is weighing in on India’s record-breaking Covid-19 surge, but some of his advice sounds much like the early 2020 prescription that failed to prevent the US from posting the world’s highest virus death toll.

“You can shut down temporarily to put an end to the cycle of transmission,” Washington’s coronavirus guru said on Friday in an interview with The Indian Express. “So one of the things to be considered is to temporarily shut down. Literally, lock down so that you wind up having less spread.”

No one likes to lock down the country. Well, that’s a problem when you do it for six months. But if you do it just for a few weeks, you could have a significant impact on the dynamics of the outbreak.

That advice from Fauci, currently chief medical adviser to President Joe Biden, sounds eerily familiar to the counsel that he offered to then-President Donald Trump, as the White House’s Covid-19 czar, in March 2020. That’s when Trump announced his administration’s campaign of “15 days to slow the spread,” urging Americans to stay home for just about two weeks to contain the coronavirus outbreak.

The idea was that a brief lockdown would dramatically change the trajectory of Covid-19 infections and help squash the pandemic’s spread – much like the advice Fauci is giving to India now. “With several weeks of focused action, we can turn the tide and turn it quickly,” Trump said optimistically back then.

At the time, the US had reported just about 4,000 Covid-19 cases. A year later, Trump was out of office, nearly 30 million Americans had contracted Covid-19, and 535,000 people had reportedly died from the virus in the US.

Although Trump paid a political price for Covid-19’s US toll, after following Fauci’s policy advice, the doctor came through unscathed. In fact, Fauci was made a hero of the pandemic by mainstream media outlets and was given several awards, including the $1 million Israeli prize for “speaking truth to power.”

Fast-forward to today, and India is suffering the worst of the pandemic. The country reported more than 400,000 new Covid-19 cases on Saturday, a single-day record for any country, and more than 3,500 deaths. The actual numbers may be even higher, as many cases and deaths allegedly go unreported amid shortages of testing kits, medical oxygen and hospital beds.

Fauci called on other countries to join the US in helping India by providing oxygen, antiviral medications and other needed supplies. He said India should quickly build field hospitals and involve its military as needed to help treat the sick, likening the outbreak to a wartime emergency.

Fauci also recommended that India strike deals with multiple vaccine makers so it can produce jabs domestically and ramp up urgently needed supplies. Like several of his recommendations, the vaccine suggestion appeared to reflect ignorance of the situation on the ground in the country with a population of over 1.36 billion.

“It just seems to me that, right now, India is in a very difficult and desperate situation. I just got off, in preparation for this interview, I watched a clip from CNN,” Fauci noted at one point.

Indian Prime Minister Narendra Modi has worked for months to get intellectual property rights for Covid-19 vaccines waived. He reportedly urged Biden in a telephone conversation earlier this week to help “ensure smooth and open supply chains of raw materials and inputs required for the manufacture of vaccines, medicines, and therapeutics.”

EU authorities seize 23 tons of cocaine in biggest ever haul...

On Praying outside an Abortion Clinic