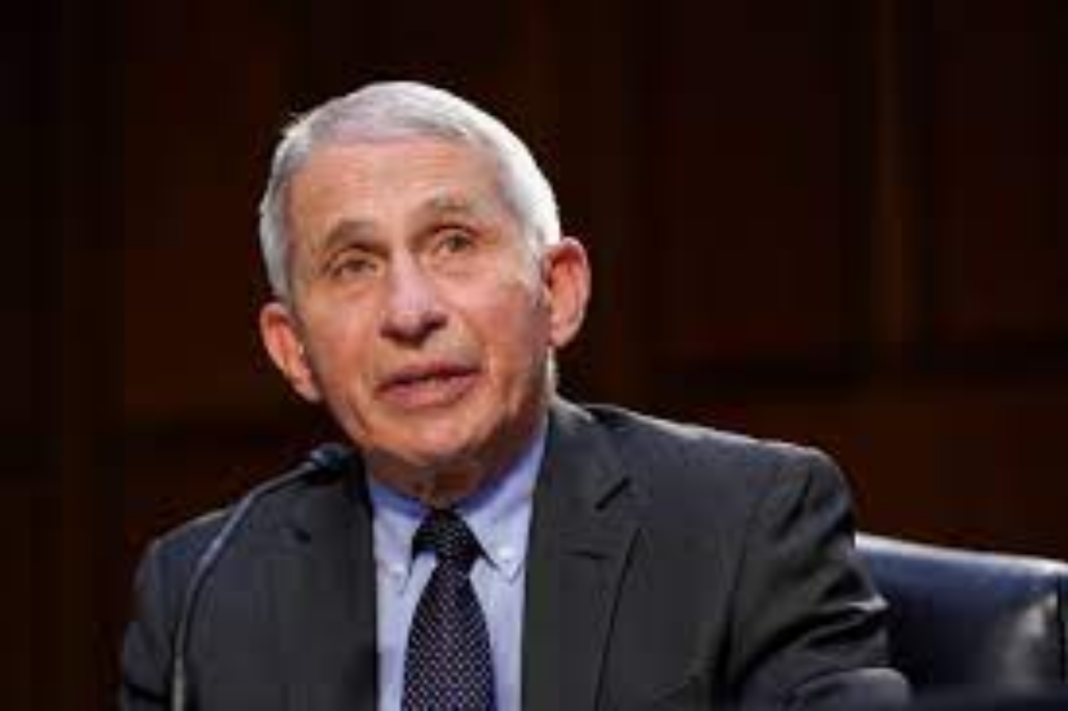 This is the second time in less than a week that he’s made this point.

It’s true that in some cases his views have changed as data on COVID has developed. For instance, Fauci supported reopening schools many months ago as it became clearer that children didn’t do much to spread the virus. Some of his “reversals” are good-faith changes of heart in response to new studies.

But not all are, and enough attention has been paid to those cases by now that you’d think he’d be more modest in trumpeting the alleged innocence of his approach. He deceived the public about whether masks were necessary early on to preserve the existing supply for hospitals and he deceived the public again later by deliberately lowballing the threshold of herd immunity we’d need to contain the virus. That wasn’t “science.” That was government disinformation from a bureaucrat who hoped to engineer a particular policy outcome.

His spin is especially bad at a moment when the lab-leak theory is getting new consideration inside and outside the scientific community. For a year that theory was ghettoized due to assertions of authority by scientists, most notably and problematically the Lancet letter from last spring masterminded by Peter Daszak, whose nonprofit gave hundreds of thousands of dollars to the Wuhan Institute of Virology. The fact that Science™ had deemed the lab-leak theory unserious and even obnoxious ended up pushing it to the margins, where it was finally rescued by a group of scientists willing to challenge the consensus as well as expert journalists like Nicholas Wade who were willing to elucidate their doubts at length. If Science™ hadn’t blessed the theory of zoonotic origin prematurely, China might have come under international pressure to allow an investigation sooner, before it had time to stage any necessary cover-ups.

So, a little modesty is in order from Fauci now. Instead, this.

FAUCI: “A lot of what your seeing as attacks on me quite frankly are attacks on science because all of the things I have spoken about from the very beginning have been fundamentally based on science.” pic.twitter.com/O1oVkueEKR

What changed scientifically over the past few months to make him more credulous about a lab leak? Those who believe that the virus evolved naturally and leaped from an animal to a human have made the point repeatedly that there’s really nothing new science-wise to explain the renewed attention to the “lab accident” scenario. The most provocative revelations, like the three WIV scientists who needed “hospital care” in November 2019, have been known for months to those who pay attention to this stuff. The only thing that’s changed is the boldness with which experts who support the lab-leak theory have expressed their opinions. Which makes me think that even Fauci isn’t following the science so much as he’s following the Science™. That is, now that he has some peers who are willing to articulate their doubts and shatter the consensus, he’s decided to remain neutral between the two theories. Before they started speaking out, he could go all-in on the natural-origin theory.

I regret to inform him that a lot of Americans are “attacking science” now, at least with respect to the consensus as of six weeks ago:

It’s a testament to how eager liberals are to not get crosswise with experts that a plurality are still sticking with “natural origin” instead of easing comfortably into the “not sure” category. Even so, fully 60 percent of voters who consider themselves members of the Party of Science are now at least open to the possibility that the pandemic began with a lab accident.

Before you go declaring victory for the lab-leak theory, though, read this summary from a brand new study today titled “Identification of novel bat coronaviruses sheds light on the evolutionary origins of SARS-CoV-2 and related viruses.”

Despite the discovery of animal coronaviruses related to SARS-CoV-2, the evolutionary origins of this virus are elusive. We describe a meta-transcriptomic study of 411 bat samples collected from a small geographical region in Yunnan province, China, between May 2019 and November 2020. We identified 24 full-length coronavirus genomes, including four novel SARS-CoV-2 related and three SARS-CoV related viruses. Rhinolophus pusillus virus RpYN06 was the closest relative of SARS-CoV-2 in most of the genome, although it possessed a more divergent spike gene. The other three SARS-CoV-2 related coronaviruses carried a genetically distinct spike gene that could weakly bind to the hACE2 receptor in vitro. Ecological modeling predicted the co-existence of up to 23 Rhinolophus bat species, with the largest contiguous hotspots extending from South Laos and Vietnam to southern China. Our study highlights the remarkable diversity of bat coronaviruses at the local scale, including close relatives of both SARS-CoV-2 and SARS-CoV.

The ACE2 receptor is the protein in human cells to which the coronavirus attaches itself in the process of invading the cell. In other words, scientists examining bats in a small corner of China found multiple novel viruses recently in the wild that look quite a bit like the virus that causes COVID, including ones capable of binding to the protein that makes SARS-CoV-2 dangerous to people. That points towards a natural origin for the coronavirus, not genetic engineering. (Although, in theory, scientists could have harvested a virus similar to the coronavirus and then tinkered with it genetically until it became SARS-CoV-2. It’d take an expert to tell us if that’s feasible in practice, though.) What remains unexplained is how, if the virus originated in a bat in Yunnan, it made its way to Wuhan. Did it leap to some intermediate animal before infecting a human at the wet market or was it harvested by the WIV and then escaped from the lab? If so, where is that animal?