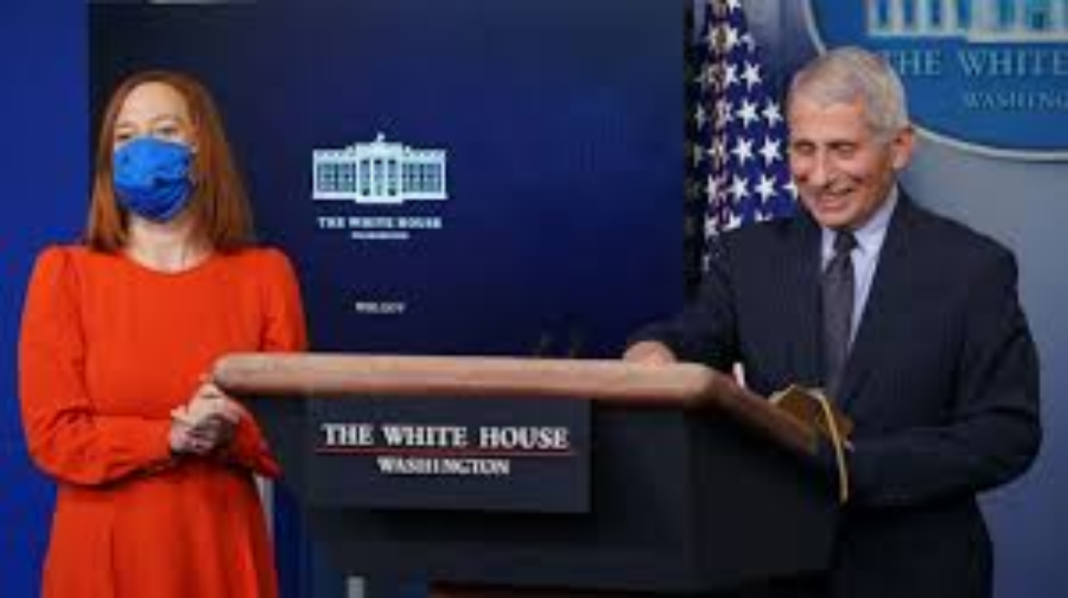 A year ago he told National Geographic, “If you look at the evolution of the virus in bats and what’s out there now, [the scientific evidence] is very, very strongly leaning toward this could not have been artificially or deliberately manipulated … Everything about the stepwise evolution over time strongly indicates that [this virus] evolved in nature and then jumped species.” Which led to headlines like this:

With the lab-leak theory becoming mainstream in U.S. and elsewhere, Dr. Anthony Fauci (who funded dangerous lab research in Wuhan) flip-flops. Asked by PolitiFact, “Are you still confident the virus developed naturally,” he replies, “No, I’m not convinced” virus arose naturally. pic.twitter.com/a9oIRr7h8p

No doubt he’d tell us that this is another case of him simply following new data as it emerges, which is how science is supposed to operate. Early on, based on limited information about the virus, scientists thought it spread through contaminated surfaces and recommended hand-washing. As the evidence grew that it was spreading through the air, via aerosols, mask-wearing was emphasized instead. Same with the lab-leak theory, or so Fauci would say.

But what evidence, specifically, has led him to rethink his prior view that the virus evolved naturally and jumped species? The WHO probe into the virus’s origins didn’t rule out a lab leak but called it “extremely unlikely.” Fauci doesn’t seem to agree. Why not?

Was it the widely read essay by science writer Nicholas Wade arguing that a leak is the most plausible explanation that swayed him? Was it the letter co-signed by 18 eminent scientists a few weeks ago challenging the WHO’s skepticism about a lab accident? Was it the report put together by Republicans on the House Intelligence Committee noting “significant circumstantial evidence” that the virus escaped from Wuhan’s Institute of Virology?

What’s sinister about the early consensus joined by Fauci that the virus arose naturally, writes Matthew Crawford, is that it seemed driven less by evidence than by the fact of consensus itself. And that consensus was driven partly by political considerations, not scientific ones.

What is significant is how effective the early, pre-emptive declarations of scientific consensus in The Lancet and Nature Medicine were in garnering media enforcement of public opinion on the matter. The “fact checkers” of PolitiFact used these statements to shut down any discussion of the lab leak hypothesis. In effect, it appears the scientists who were signatories to the two letters may have been acting as a classic research cartel. Such behaviour is common enough in science. But because of the political environment, they were able to use the magic words “conspiracy theory” to trigger a wider epistemic immune reaction in high-prestige opinion…

The logic of the surrounding political frame for these events is painfully simple. 1. Donald Trump publicly floated the idea that Covid may have had its origin in a Chinese lab. 2. It was therefore a point of conviction for all those who believe in science that such a hypothesis could only be a conspiracy theory, probably rooted in “Sinophobia”.

The Lancet letter he mentions published in February 2020, around the same time that the virus was beginning to spread in the United States, insisted, “We stand together to strongly condemn conspiracy theories suggesting that COVID-19 does not have a natural origin.” The chief author of that letter and one of its signatories was … Peter Daszak, the head of EcoHealth Alliance, which provided funding to the Wuhan Institute of Virology using money it had received from Fauci’s own agency. Go figure that Daszak was eager for his profession and the wider public to view the possibility of a lab leak as fringe conspiracy material, not worth taking seriously.

It worked for more than a year, until Wade made the case — in a blog post, notes Crawford, not in a mainstream scientific publication, further evidence of how a cartel mindset among scientists pushed thoughtful criticism of an important assumption to the margins. Now that the consensus has been successfully challenged, the gatekeepers of that consensus are scrambling to keep pace. Including Fauci, it seems.

Why the Left Cannot Let Go of Jan. 6