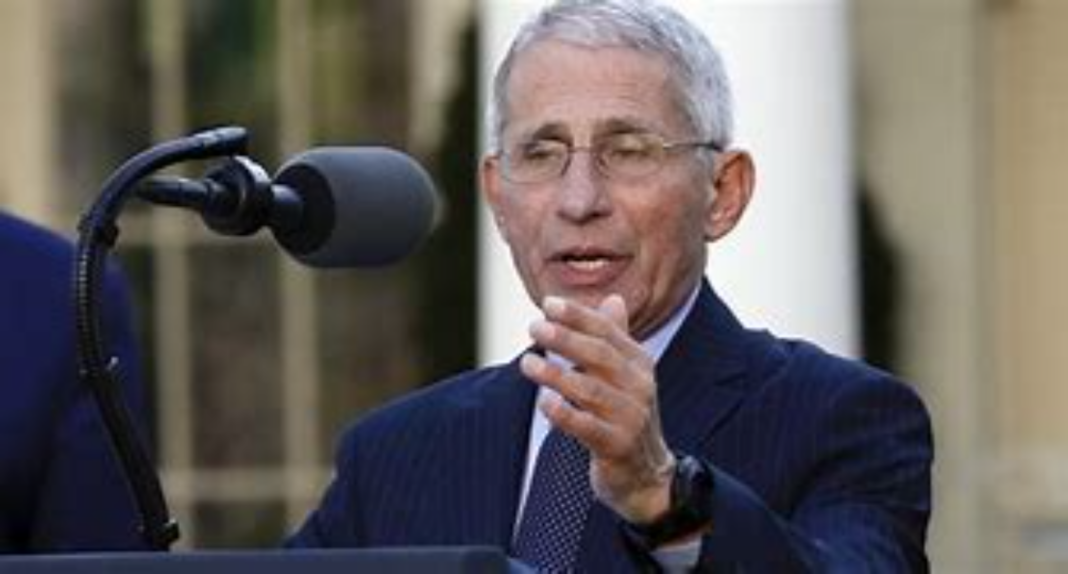 I remember thinking on the day the CDC gave the all-clear to vaccinated people to get back to normal, “I wonder how long it’ll be before they reverse on this too and start nudging the vaxxed to take precautions again.” I thought of it again earlier this afternoon with that redacted White House video of Anthony Fauci talking about the Delta variant. Fauci had said in the original footage posted by Team Biden that vaccinated people might want to avoid crowds, especially in places where the rate of vaccination is low and the rate of infection is high. For unexplained reasons, the White House took down that footage, excised Fauci’s comments, and then reposted it.

What’s happening in Israel today may provide the answer. One of the most highly vaccinated countries in the world, where the super-effective Pfizer vaccine has been ubiquitous, is experiencing an unexpected outbreak. Until very recently confirmed cases in the country had been down to around 15 per day. This week they’ve surged north of 100. Kids and vaccinated adults, two largely immune groups, are among the infected; in fact, multiple local outbreaks seem to have originated in schools. Although Israeli scientists haven’t confirmed it yet, it’s widely assumed that the B.1.617 Indian/Delta variant is responsible. That’s the most contagious version of SARS-CoV-2 that science knows of and among the best at punching through immunity.

Israeli officials aren’t sure what they’re dealing with so they’re shifting back to advising restrictions. The country was supposed to have its grand reopening to international tourists on July 1 but that’s now been postponed by a month. And the indoor mask mandate, which was lifted just nine days ago as cases dwindled to virtually zero, is back in effect starting next week. Given that what happens abroad with COVID eventually happens here, I’d put the over/under on the CDC updating its guidance to recommend masks for vaccinated people again at July 15. As I say, Fauci’s deleted video today is already tiptoeing in that direction.

In a briefing with journalists Thursday evening, [coronavirus czar Nachman] Ash said the outbreak had spread to Kfar Saba, Ramla, Herzliya and other cities, as Health Ministry data showed 169 had been diagnosed Thursday by 6 p.m., the highest daily tally in months…

On Wednesday alone, 138 new cases were diagnosed. Thursday will be the fourth day in a row in which the number of cases surpassed 100. The town with the most active cases is Binyamina, with 122, thanks to an outbreak at a school leading the locale to be designated as a “red” zone, requiring additional restrictions…

Concerns are rising in Israel over the spread of the new Delta variant, which is believed to be responsible for 70% of the new cases in the country in recent weeks. There were 125 new COVID cases confirmed on Monday, a figure more than double the number detected the day before.

Also on Thursday, the Health Ministry announced that significant traces of the Delta variant came up in testing of the sewage water from Ashkelon.

The outbreak in Binyamina isn’t the only one linked to a school. “Dozens” of cases in Modiin were traced to a school there as well. Israel’s coronavirus czar went so far as to advise parents not to fly abroad with unvaccinated children and, if they do, to quarantine those kids before letting them go back to class. How much more contagious to children is the Delta variant compared to the original virus? Because if it’s a meaningful amount, that complicates plans for school in the U.S. this fall and the debate over whether young children should be vaccinated.

Vaccinated adults aren’t skating past Delta either. An arresting stat:

When asked how many of the new coronavirus patients have been vaccinated, [Prof. Chezy] Levy said that “We’re looking at a rate of 40 to 50 percent,” and said that the figure is concerning.

I gave you the bad news, let’s shift to the good news. The Times notes that Levy didn’t say whether all of the vaccinated patients had had both doses or only one, as it’s well known already that a single dose provides little protection against Delta. Maybe some of the patients were only partially vaccinated. Even if they were fully vaccinated, testing positive doesn’t mean getting sick. Just 26 out of 729 active cases in Israel required hospital care, per the NYT, and a Twitter pal in Israel claims that one of the HMOs there reported today that all of the vaccinated people in its system who’ve tested positive are asymptomatic. Every one.

And in Israel, where cases have begun to rise, daily deaths remain at … zero:

Yes, but this is what deaths still look like for that same country

Vaccines still protect against that varian where it matters. pic.twitter.com/Y5Hfvwt8ea

The odds on shaking off B.1.617 are still heavily in favor of a vaccinated older adult and an unvaccinated younger person. Just not as heavily as they were with the original SARS-CoV-2, which is why Israel’s playing it safe for now.