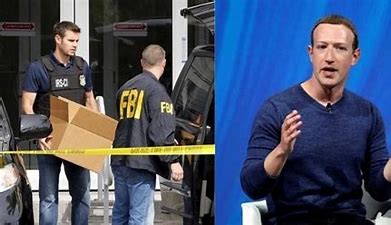 In a recent podcast interview with Joe Rogan, Mark Zuckerberg confessed that Facebook had curbed the explosive Hunter Biden laptop story in before of the 2020 election because the FBI had sent a “Russian propaganda” warning. This admission from the CEO of Meta sparked outrage.

The FBI stated that it “routinely alerts U.S. private sector companies, including social media providers, of potential threat information so that they can decide how to effectively protect against threats,” following the release of the episode on Thursday.

The government said it has given businesses “foreign danger indicators to help them defend their platforms and customers from abuse by foreign malign influence actors,” according to a statement made available to FOX Business.

The FBI stated that while it will continue to collaborate extensively with federal, state, local, and private sector partners to notify the public of potential risks, it was unable to order businesses to act on the information it had received.

NEW – FBI interferes with Facebook over content posted by media companies on the platform, Zuckerberg suggests in an interview with Joe Rogan.pic.twitter.com/PXcmZqGTnc

As we’ve said, nothing about the Hunter Biden laptop story is new. Below is what Mark told Sen. Johnson in Oct 2020 and what Mark told Joe Rogan this week. The FBI shared general warnings about foreign interference – nothing specific about Hunter Biden. https://t.co/pHtzvh6r0r

The business said that “the FBI relayed general warnings about Russian interference — nothing particular about Hunter Biden.”

Big Tech and the leftist media repressed the New York Post’s research in the last weeks of the 2020 presidential election that exposed the son of then-candidate Joe Biden’s dubious international business connections.

The New York Times, Washington Post, NBC News, and Politico have since confirmed the validity of the laptop, and both Zuckerberg and the former CEO of Twitter, Jack Dorsey, expressed sorrow for their conduct in restricting the distribution of the Post’s story.

Sen. Ron Johnson, R-Wis., revealed this week that FBI officials allegedly instructed investigators not to look into Hunter Biden’s laptop for months out of concern that it may affect the 2020 race in a letter to Department of Justice Inspector General Michael Horowitz.

Johnson claims that “personnel with knowledge” of the Hunter Biden case have informed his office that the inquiry was purposefully delayed down at the direction of “local FBI leadership.”

The FBI and the DOJ have been the only organizations that I have observed spreading false information to the American people in the run-up to the elections. First, they released the Steele dossier and the Russia Hoax, and later, they warned the public on social media that the Hunter Biden laptop might contain Russian disinformation while delaying any further investigation until after the election. We are aware of their refusal to provide an explanation for why they suspended the entire investigation since 14 different FBI whistleblowers testified before Congress that they had been instructed not to look into the corruption shown in the Biden laptop.

Ignore voter ID fraud and ballot harvesting. When the FBI and DOJ decide what the media can and cannot report on, especially when it may have an impact on an election, that represents a whole new level of Communist propaganda and state control that leads to a stolen election.

Because they were aware that the story was breaking and they wanted to sow that seed, the FBI personnel who advised Facebook knew exactly what they were doing. Then, their allies continued to spread the myth that it was false information from Russia.

When we triumph in November, in January, we’ll hold them accountable.

Failures is the part of success, stop the pity party