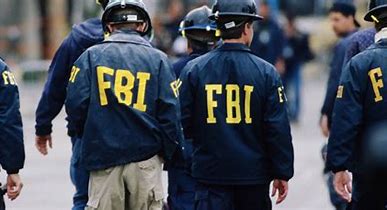 You all remember the story: the Biden Department of Justice coordinated with the National School Boards Association to arrange for FBI investigations of parents who are unhappy about their local schools teaching racism and anti-Americanism (Critical Race Theory) and gender confusion, and requiring masks. The episode was so sordid that many state school board associations dropped their affiliation with NSBA, and most people doubted that the FBI would be craven enough to follow Attorney General Merrick Garland’s patently unconstitutional directive.

But follow it they did. Yesterday Republicans on the House Judiciary Committee, acting on tips from unhappy FBI agents, wrote Merrick Garland to criticize the diversion of FBI resources to investigations of parents who dissent from “woke” ideology and care about their children’s education:

The FBI’s counterterrorism bureau reportedly created an internal “threat tag” in fall 2021 to track alleged threats against school boards following an October 4 directive from Attorney General Merrick Garland. Garland released his directive after the National School Boards Association called on the Biden administration on September 29 to investigate parents who allegedly threatened boards over policies on school masks and critical race theory, and to determine whether the parents had violated the Patriot Act or hate crimes laws. (The NSBA subsequently apologized for releasing the letter.)

Emphasis added. These “investigations” were ridiculous and could only have been intended to intimidate conservative parents from being involved in their public schools. One might note that these parents merely attended public school board meetings to express their opinions. I am not aware of a single case where they demonstrated outside the home of a school board member.

One investigation allegedly began after the FBI received a tip that a mom had told a local school board, “We are coming for you.” The complaint “alleged that the mom was a threat because she belonged to a ‘right wing mom’s group’ known as ‘Moms for Liberty,’ and because she is a ‘gun owner,’” the congressmen wrote. An FBI agent reportedly interviewed the the mom, who said she was upset about a school mask mandate and wanted to elect new board members.

Sounds like an insurrectionist! But imagine having a couple of FBI agents ring your doorbell on instructions from the Attorney General because you don’t align politically with the Biden administration.

In another instance, the congressmen wrote that an FBI agent interviewed a tipster who admitted he had “no specific information or observations . . . of any crimes or threats.” The tipster had submitted a complaint against an anti-mask-mandate dad, claiming that the dad “fit the profile of an insurrectionist,” and the FBI had opened an investigation into the dad.

The “tip line” sounds like something out of Red China. More details on that case from the Congressmen’s letter:

The congressmen also claimed that the FBI began an investigation into Republican elected officials in a certain state because a Democratic state-party official claimed that the Republicans “‘incited violence’ by expressing public displeasure with school districts’ mask mandates.”

Contemplate that: a complaint by a “Democratic state-party official” was enough to trigger an FBI investigation of “Republican elected officials” who opposed mask mandates. What country are we living in?

Many liberals–perhaps most–believe that conservative, pro-freedom, pro-American speech should be illegal, if it isn’t already. What I want to know is, are there any Democratic House members willing to take a stand against this obviously unconstitutional overreach by the Attorney General? So far, I haven’t heard of any.

This is the Republicans’ letter:

Whistleblowers: The FBI has labeled dozens of investigations into parents with a threat tag created by the FBI’s Counterterrorism Division pic.twitter.com/STlLdrfbMz

It is shocking to think that Merrick Garland was once nominated to the Supreme Court. Thank God he was not confirmed.