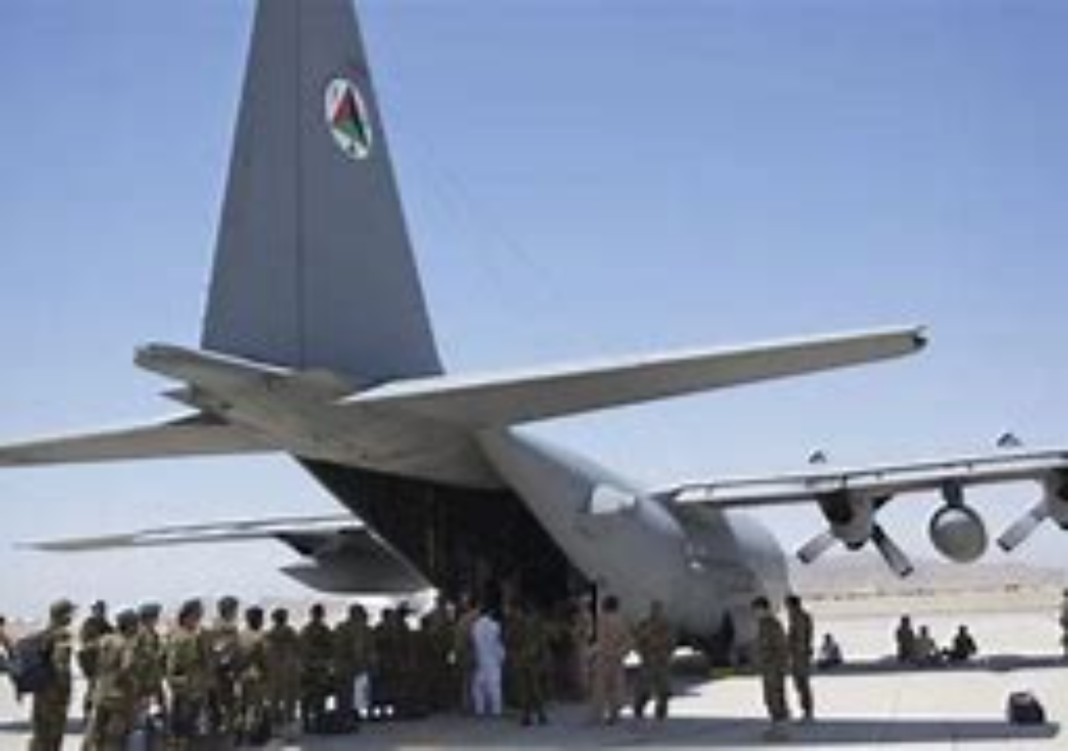 President Joe Biden deserves nothing but praise and support for his decision to honor America’s commitment, which was negotiated between the Trump administration and the Taliban, to finally withdraw from Afghanistan. After more than 20 years of wasted lives, endless property damage and the squandering of billions of U.S. tax dollars that would have been better spent on just about anything else, it’s incredible that corporate media is still giving airtime to the idiots and warmongers who want to keep troops over there. “I have heard general after general, as you have, say, just give us a little more time,” ABC’s Martha Raddatz said on July 4.

It’s been two decades. There was no legal or moral justification for the war to begin with. They’ve had too much time as it is.

For those of us who have been closely connected to America’s longest war, last week’s abandonment of Bagram Airfield, the biggest U.S. facility in occupied Afghanistan, makes the long-promised withdrawal feel real.

And the hand-wringing over what comes next has built to a fever pitch. Will the Taliban come back? Will it be like 1997 all over again, with women subjugated and horribly oppressed? Will the Taliban kill the translators, fixers and other Afghans who worked for U.S. occupation forces? Will Afghanistan once again become a staging ground for terrorist attacks such as 9/11?

Some of these questions are reasonable. Others couldn’t be less so, as they are based on assumptions fed by lies.

What’s important to remember is the motivation for sewing these doubts. The military industry and its pet media outlets want to change our minds about withdrawal, or if they fail to do so, they want to set the stage for ground troops to invade again in the near future.

Afghanistan will not “again” become a stage in ground for terrorist attacks against the United States or any other Western power because it was hardly one in the first place. In 2001, there were four al-Qaida training camps in Afghanistan; there were 6,000 in Pakistan. On 9/11, Osama bin Laden was almost certainly in Pakistan, not Afghanistan. The attacks were planned by Khalid Sheikh Mohammed in Pakistan. Most of the funding came from the royal family of Saudi Arabia, as did 15 of the 19 hijackers; none came from Afghanistan. It is true that the hijackers all trained in Afghanistan, but that’s a distinction without a difference; they could just as easily have picked up the same education in Pakistan, where 99% of al-Qaida’s infrastructure and personnel had been situated.

There is good reason to worry about the immediate future after we leave. It is likely that the Taliban will quickly topple the militarily inferior and wildly unpopular U.S. puppet regime installed by the George W. Bush administration. Neighboring countries are bracing for flows of Afghan refugees; hundreds of Afghan government soldiers have already fled to Tajikistan. Violence is inevitable: military casualties in the civil conflict, reprisals against political opponents and repressive acts against women and other targets of Muslim fundamentalists. But nothing can change the truth: Afghanistan is not a U.S. colony. It is a sovereign nation. As such, it has the right and duty of self-determination. The Afghan people must sort out among themselves what kind of future they want to have.

In the event of a Rwanda-scale genocide, intervention could be justified in conjunction with an international force under the auspices of the U.N. At this writing, however, that seems unlikely. The Taliban are far more sophisticated, younger and modern than the regime that took over Kabul in 1996. So is the population that they seek to govern. Afghans are interconnected with the wider world and its culture via the internet and cellular phones. They are Muslim extremists, but they are far more pragmatic than ISIS. Afghanistan under the Taliban will feel more like Pakistan than ISIS-held Syria. As is currently the case, rural areas will be more conservative — burqas, girls banned from schools, the occasional stoning — than the cities.

Certainly, the United States has the moral obligation not to repeat its habit of discarding its local employees after withdrawal. We should offer green cards and economic support to our Afghan collaborators on an expedited basis rather than the shameful foot-dragging that has been reported. Otherwise, the Taliban may execute them as traitors.

Be prepared, as Biden’s Sept. 11, 2021, deadline for withdrawal of the last U.S. troops draws closer, for a rising chorus of voices calling for him to change his mind. Don’t abandon Afghanistan again, the war pigs will cry.

Don’t listen to their siren song of imperialism. The invasion was a mistake; the occupation was a mistake, and so was our propping up of our corrupt puppet regime. We never should have been there in the first place, and it has taken 20 years too long to get out.