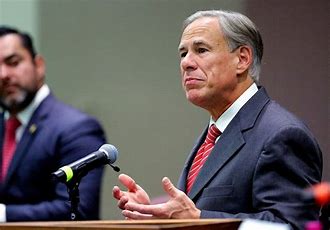 The first bus filled with illegal migrants from Texas arrived in Washington, D.C. about 8:00 a.m. this morning. The passengers were not from Mexico but from Colombia, Cuba, Nicaragua, and Venezuela. They were apprehended at Del Rio, Texas. The illegal migrant group included both single individuals and family units. Officials were waiting for them and checked them in. The passengers were wearing wristbands which were cut off and then they were free to go.

Now what? Well, that’s the problem of the people in Washington, D.C., namely the Biden administration and lawmakers. The illegals were dropped off several blocks away from the Capitol. Who will be surprised to see some activist open border group try to take advantage of this opportunity to parade the illegals around Capitol Hill and get the media’s attention? Rest assured that an attempt will be made to guilt those of us who demand border security and protection of the sovereignty of the United States. We’ll see how vulnerable Democrats up for re-election in 2022 react now that several of them are running away from Biden and his decision to lift the enforcement of Title 42 along the southern border.

How did we get here? Let’s recap. Governor Abbott announced enhanced measures that the State of Texas will take to bring home the message that the Biden administration is not serious about border security and has no plan to deal with the Biden border crisis. So, maybe the illegal migrants who are overwhelming the law enforcement personnel on the ground at the border and surrounding communities should be bussed or flown to other places, in particular Washington, D.C., to get the attention the crisis deserves. The idea is to put some pressure on lawmakers to take action and provide the resources necessary to handle an overwhelming situation.

At the same time, Abbott announced that every single commercial vehicle that lined up to cross the border from Mexico at a port of entry will be subject to an intensive inspection. This is meant to slow the flow of human trafficking and drug trafficking across the border. It’s an understandable reaction to the frustration felt by Border Patrol agents and other law enforcement along the border who witness human trafficking and drug cartels flourish during the Biden border crisis. Business is very good for them, thanks to Biden’s bone-headed decisions to end policies and agreements that held illegal migration under more control during the previous administration. However, this action has unintended consequences as it relates to the supply chain. Business owners and farmers are criticizing the long delays that truckers now experience trying to cross the border and keep the supply chain moving. I’ll get to this in a minute.

Governor Abbott is coming under fire from some Republicans for his enhanced border security measures. It’s not just White House Press Secretary Jen Psaki who called Abbott’s intention to bus illegals to D.C. a “publicity stunt”, it’s also Ken Cuccinelli who wrote a piece for The Federalist. He is now with the Center for Renewing America. He called Abbott’s approach “window dressing” and insists that he should treat the Biden border crisis as an invasion. Cuccinelli said that Abbott’s plan may be an aggressive one but it falls short and will not stop the invasion of illegal migrants.

In the context of 2021’s record illegal immigration levels, an astonishing 78 percent increase in year-over-year apprehensions so far in 2022 from last year’s record levels, and the pending termination of Title 42, Abbott’s actions fall far short of the measures needed to secure Texas, diminish cartel control along the border, and defend American communities overrun with crime, drugs, and violence.

Abbott’s announced series of new measures are little more than window dressing. The governor is instructing the Texas Department of Public Safety to conduct “enhanced safety inspections” of vehicles crossing into Texas from Mexico, initiating “boat blockades” along the Rio Grande to deter crossings, and, to ensure more headlines: providing voluntary charter buses and flights to send illegal immigrants to Washington D.C.

Since Abbott cannot just bus people away from the border without their permission, Cuccinelli likens the move as sending illegals on a vacation at taxpayer’s expense. The price of gas is high, he notes they should instead just be sent back across the border. “Bussing illegals to D.C. is nice showmanship, but does nothing to change the illegal flow into Texas.”

At the time of Abbott’s announcement, the governor acknowledged that stricter commercial vehicle inspections would drastically slow the flow of goods across the border. However, he is making a point and seeking more attention to the problems that border states like Texas are experiencing because of an increase of human trafficking and record levels of dangerous illegal drugs like Fentanyl coming across the border. Cuccinelli said Abbott has to be clear about how much economic pressure he intends to bring to Mexico in order for trucking delays to be effective.

Cuccinelli wants border states to “declare that an invasion is taking place in Texas under Article I, Section 10, Clause 3 of the U.S. Constitution and that in light of the Biden administration’s willful negligence and dereliction of its duty to carry out its Article IV, Section 4 responsibilities to protect the states, Texas will physically apprehend and remove illegal border crossers back across the border into Mexico.” In other words, border states have to do what the federal government refuses to do. Cuccinelli noted that Abbott said he will make another announcement of upcoming actions later this week.

It may be a publicity stunt by a governor up for re-election but no one can question Abbott’s dedication to doing what the Biden administration will not do on behalf of border communities and the state in general. There is only so much he can do, though, because legal immigration and illegal migration is the job of the federal government. Joe Biden doesn’t care about the sovereignty of the United States or Texas. Border states are on their own to deal with Biden’s border crisis. It’s a dereliction of duty by Biden.

We’ll see what happens with the illegals in D.C. As far as the vehicles inspections on the border go, Abbott is receiving criticism from Texas Agriculture Commissioner Sid Miller. He’s warning of $2 lemons and $5 avocados if the supply chain is further slowed due to traffic back-up at ports of entry. Farmers and wholesalers are concerned about product spoilage, too.

“This is not solving the border problem, it is increasing the cost of food and adding to supply chain shortages,” said Miller, a two-term Republican who is up for reelection this year. “Such a misguided program is going to quickly lead to $2.00 lemons, $5.00 avocados and worse.”

Delays of up to three days have been reported at some international bridge crossings for commercial traffic after Abbott ordered increased safety inspections of cargo trucks in an effort to locate migrants and drugs being smuggled across the border.

The traffic snarls are being exacerbated by angry truck drivers who are protesting the long waits with blockades at some ports of entry, including at ports in neighboring New Mexico where some trucks headed to avoid the Texas mess.

Miller is the most prominent Republican to take Abbott to task over the additional vehicle inspections that began at the border last week. Business leaders have for days worried the hourslong traffic delays could hurt Texas consumers because Mexico is the state’s biggest trading partner.

It’s Miller’s job to worry about such issues. He calls for Abbott to support lawsuits that are seeking to force President Joe Biden to continue the Title 42 policy. “If the Biden administration can’t be compelled to do their job to protect the border, then we need a federal judge to compel Biden to do what is right.” Lawsuits, however, take time and Abbott is done with waiting on the federal government to do its job.

I’ll end with this mumbo-jumbo reaction from the brain trust in the White House.

Just in: The White House weighs in on @GovAbbott‘s truck inspection order that is stalling border trade. “Governor Abbott’s actions are impacting people’s jobs, and the livelihoods of hardworking American families.” pic.twitter.com/tKfm7ZA9hv